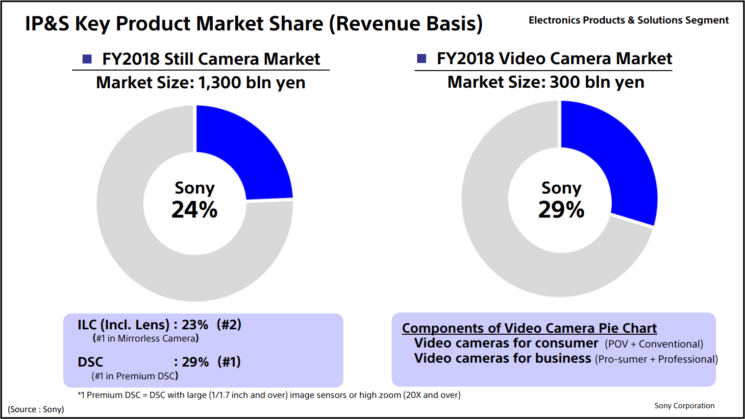 Sony’s report for the 2018 fiscal year is out, and amongst all of the usual mundane facts and figures is one particularly interesting piece of information. It seems that Sony’s share of the interchangeable lens camera market has now surpassed that of Nikon to claim the number 2 spot behind Canon.

Sony is reporting it has 23 per cent of the global interchangeable lens camera market based on revenue, and 24% of the camera market overall, an increase of four percent compared to the 2017 fiscal year. 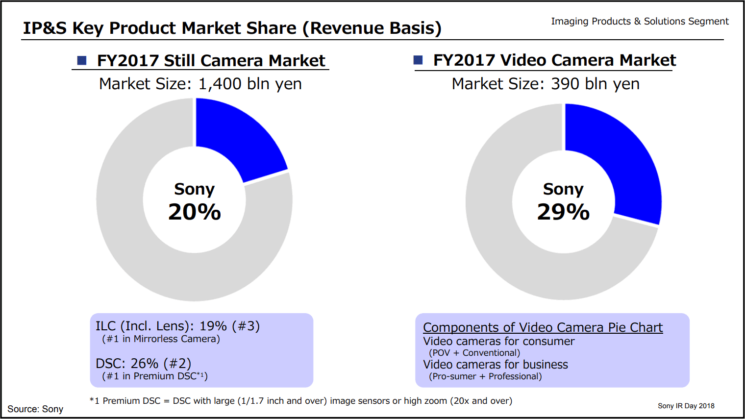 It’s not much of a surprise that Sony is now starting to beat out the historic camera giants globally. The world is going mirrorless, and Sony offers more choice than either Nikon or Canon, with a much longer track record in the mirrorless sector. Oh, and they have dual card slots.

Canon plans to take control of 50% of the interchangeable lens camera market share by 2020, although they’ve got a strong fight on their hands if they don’t want to be overtaken by Sony. Nobody’s quite sure what Nikon’s doing. I’m kinda curious to see how both companies in the coming months because they’re going to have to do much better than they currently are.