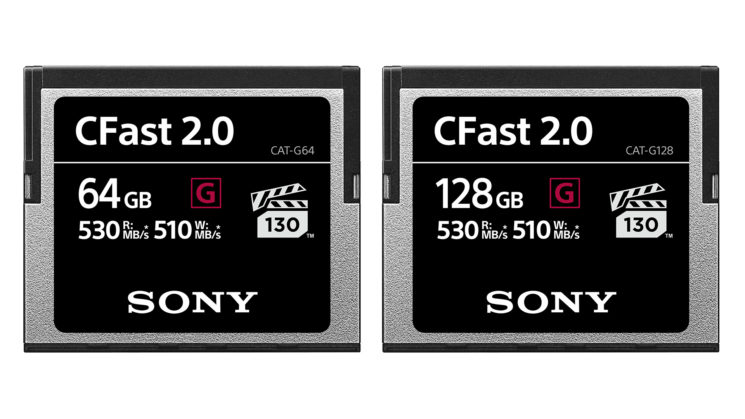 If you can’t beat ’em, join ’em. At least, that seems to be the sentiment offered by Sony as it announces a new range of pro CFast memory cards. It’s a surprising move, given that CFast competes directly with XQD; A format that Sony had a hand in developing along with SanDisk (who don’t make XQD cards) and Nikon.

The new “G Series” memory cards are aimed at meeting the needs of demanding photographers and videographers. With read and write speeds of up to 530MB/sec and 510MB/sec respectively, these cards should be able to handle just about everything thrown at them. At least for now.

With the temporary downfall and unknown future of Lexar, it does seem even more strange that Sony isn’t doubling down on XQD. Lexar is pretty much their only competition in this format, and even if Lexar are continuing to produce XQD, supply seems very limited. But, Sony aren’t abandoning the XQD format, simply adding CFast to the lineup along with it and their proprietary SxS media.

With both video and stills photography demands ever increasing, the race for larger and faster storage is getting more competitive by the day. As well as the maximum 510MB/sec write speed, Sony also guarantee a minimum sustained write speed of 130MB/sec. This helps to ensure that on long video sequences, random card slowness isn’t going to cause your camera to stop recording.