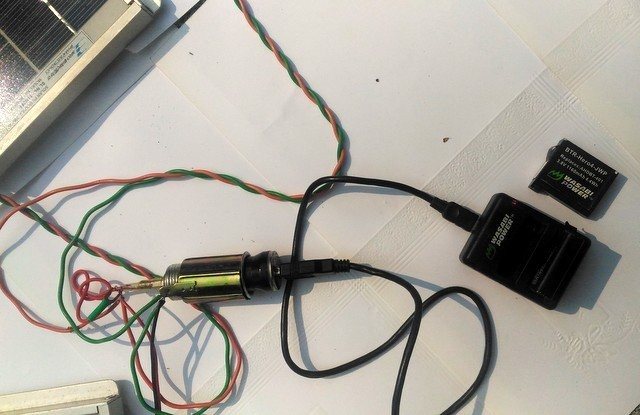 Imagine using your phone every day and not being able recharge it. Scary, right? Now imagine a filmmaker, who needs to use his cameras all the time, spending 14 days without power. An India-based filmmaker George Thengummoottil was in this exact situation while shooting in the Himalayas. But he didn’t go unprepared. He created a custom-made solar charger using only three components.

An awarded filmmaker spent two weeks filming one of the most distant treks in the Himalayas, for the purpose of his documentary Singalila In the Himalaya. He knew there wouldn’t be power available, and two weeks is a long time for even the highest quality batteries to endure. The thin and cold mountain air makes the situation even worse, because it disables large battery systems. On the other hand, he noticed that solar backpacks need too much time to recharge the batteries. Not to mention that they are expensive, too. So, he decided to work something out himself.

Thengummoottil didn’t only find an effective solution, but it was also affordable. He bought a 12 volt 1 amp solar panel, which costs around $20. Then, he wired the panel to the socket of a car cigarette lighter. Most of us got our camera with a car charger. Even if it wasn’t included with the camera, it is still very widely available and cheap. If your camera only came with an USB charger, you can buy a car-to-USB adapter for less than $10.  I’m not sure how much the wire cost, but anyway – Thengummoottil spent around $30 instead of spending hundreds on a custom-made solar backpack. And the scheme of this DIY solar charger looks quite simple: 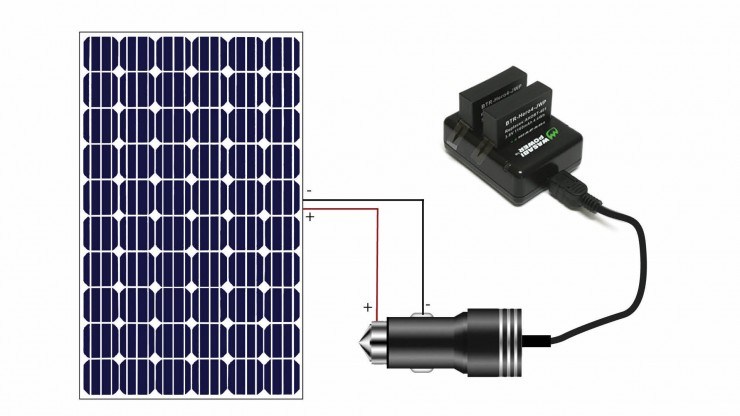 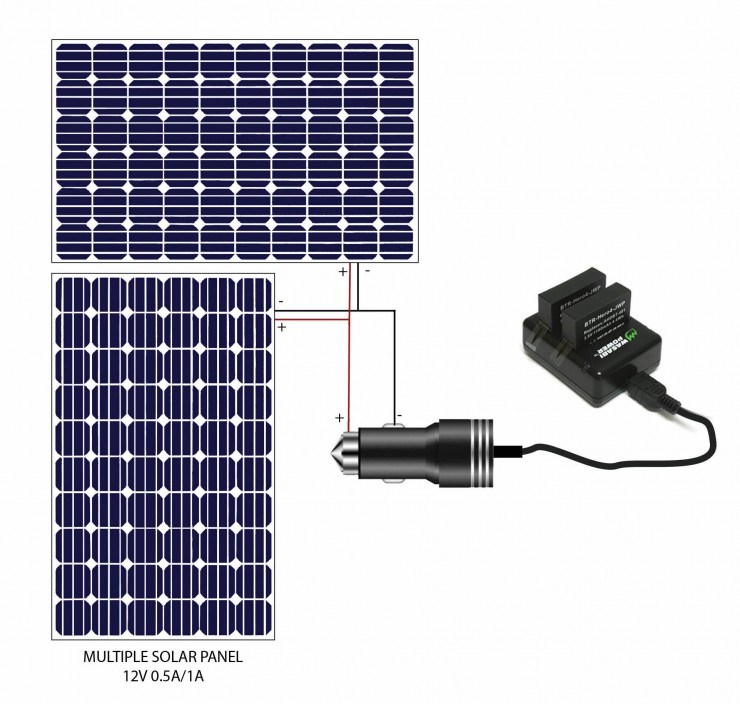 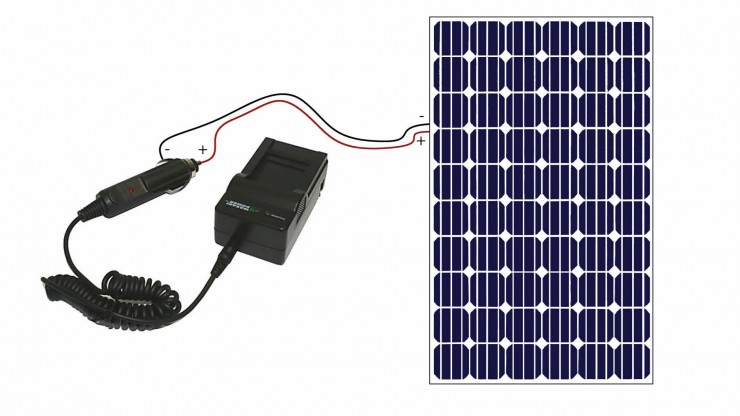 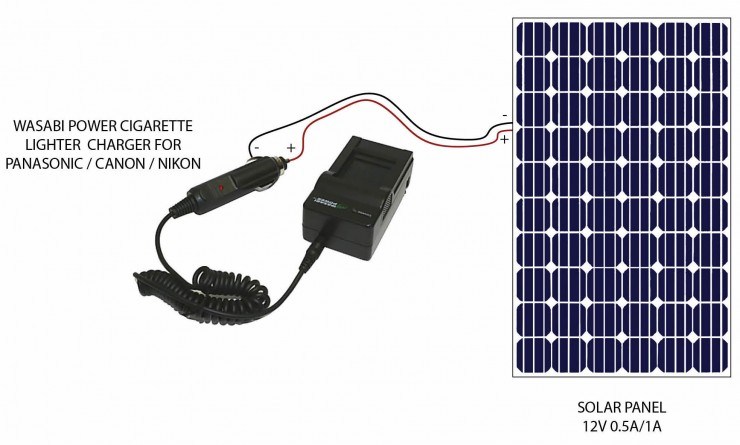 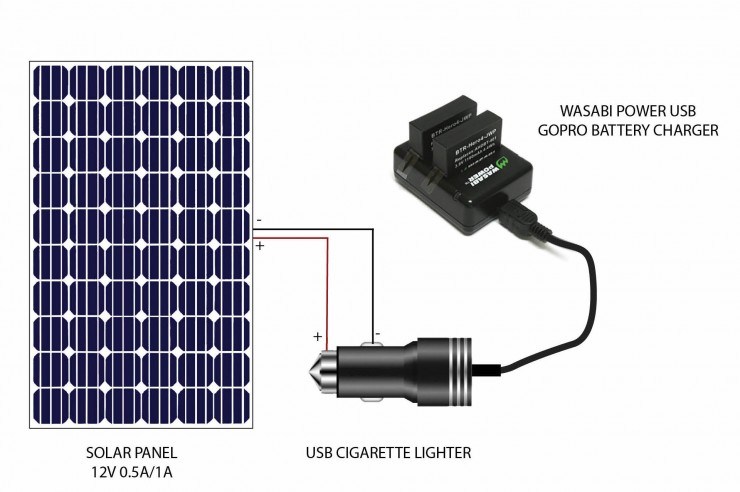 It looks too simple, too cheap and too good to be true. Did it work?

According to Thengummoottil, solar panels are especially suitable for the circumstances in which he filmed. They work in harsh conditions and stay functional even at temperatures below zero. If the sun was shining, he was able to recharge the batteries even in during the ice cold days. It took around 4 hours to charge a 1000MaH battery.

Good organization and rational use of batteries was the key to keeping them charged when he needed them. While he was using one battery, he was constantly charging the other one. He kept the camera off when he didn’t use it and turned off all the unnecessary features. And as you can see from the result – it worked.

What do you think? Would you try making a custom-made charger like this? Or would you rather play safe and buy a solar backpack even if it’s more expensive? Also, did you ever make something like this? We’d like to hear about it.

[Solar Power for Camera via No Film School]