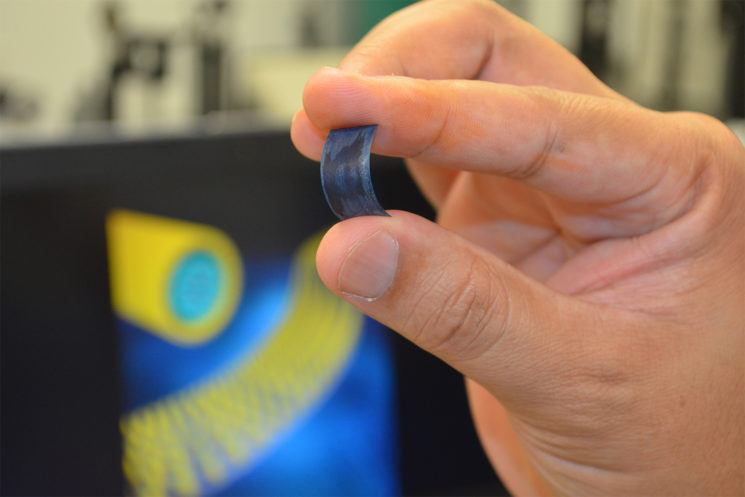 Now this is an idea I think we can all get behind. Anything that keeps us charged faster and for longer while out shooting can’t be bad. So, imagine being able to go out and shoot as much as you want for as long as you want without having to worry about your battery life at all. And if it does run out, you can recharge it in just a few seconds.

Such batteries are the vision of scientists at the Univercity of Central Florida, using supercapacitors. Supercapacitors store more energy and can be recharged more than 30,000 times without degrading. Using phones a a comparison, most phone batteries tend to last only around 1,500 charges before severe degradation kicks in. This is why your 3 year old iPhone barely lasts til lunch despite charging overnight.

Utilising nanomaterials, these supercapacitors store a charge using static electricity, rather than the chemical reaction based technology of today’s batteries. They use newly discovered two-dimensional materials only a few atoms thick. Other researchers have tried a similar approach with different materials with very limited success.

If they were to replace the batteries with these supercapacitors, you could charge your mobile phone in a few seconds and you wouldn’t need to charge it again for over a week

They could also eventually come in standard form factors, such as the AAs we bundle into our speedlights. Even proprietary designs such as camera batteries could also eventually be replaced by something like this. If you’re going away on vacation, shooting video or long timelapses, you may never again need to worry about carrying stacks of spare batteries.

Although the idea has been around for a while, the problem has been interfacing the new technology with existing systems. To overcome this issue, UCF developed a new chemical synthesis approach. This has allowed them to produce supercapacitors composed of millions of nanometer-thick wires coated with shells of two dimensional materials.

For small electronic devices, our materials are surpassing the conventional ones worldwide in terms of energy density, power density and cyclic stability

The term “cyclic stability” essentially means how many times it can be charged without degradation. Lithium-ion batteries typically last around 1,500 times at most before you start seeing major degradation and reduced capacity. The new UCF supercapacitors don’t degrade even after being recharged 30,000 times.

They say that the technology is only a proof-of-concept and isn’t ready for commercialisation yet, but it’s an amazing technology that holds great potential for the future.

You can find out more about the technology in this research paper that most us probably won’t be able to understand anyway.

For me, this technology can’t come soon enough. I’m usually out with 2 cameras, which means minimum 4 batteries, usually 8. I also use several USB batteries to power & recharge devices while on location. And if I’m out with a drone, I’ve usually got half a dozen of those with me to give me enough flight time to get all the footage I need.

How about you? Are you ready to ditch your current batteries and embrace this new technology as soon as possible? Tell us what you think in the comments.