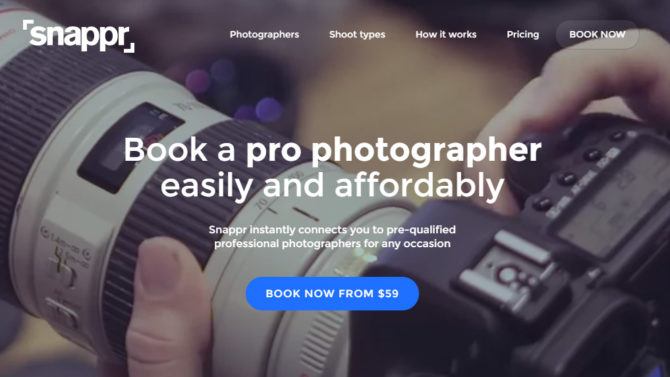 I don’t know why so many photographers seem to be obsessed with racing to the bottom. But, for those that are, new Australian startup “Snappr” wants to help you win. Or, lose, depending on your perspective. That’s the thing about racing to the bottom. Even if you win, you lose, because you’re not making any kind of sustainable income.

With prices starting at only $59, it’s certainly not going to make photographers a whole lot of money. Oh, and if $59 didn’t appear bad enough already, bear in mind that’s Australian dollars. This means around around US$45. Yes, that’s right, a photographer will travel to you, photograph you for however long, and give you 5 high res digital files for only US$45.

I just don’t know where to begin with this. It’s no surprise such a service now exists, though, really. There are more cameras in the hands of the general population now than ever in history. Many think they’re pretty good at it and want to start charging. Some consumers of photography, and even photographers themselves, don’t really understand the value of photography.

Most working photographers are constantly bombarded by those shopping based on price. Some of them believe that getting more business means being cheaper than the other guy. This simply isn’t true.

Of course, when somebody thinks their work is pretty good, and decides to start charging, they have to start somewhere. 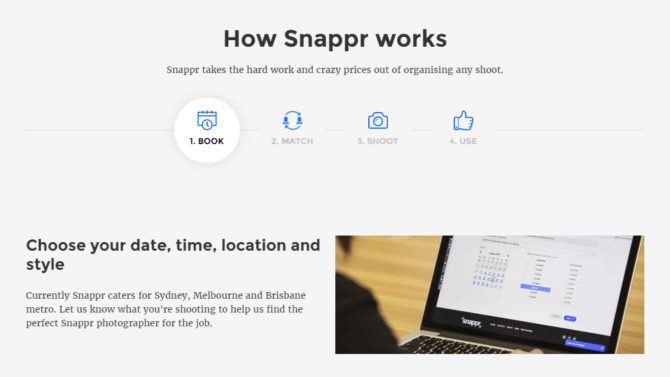 If this is your hobby, and you’re just looking to recoup some of your costs, then go ahead. Knock yourself out. If it helps you sustain and fund a passion you love, then I’m all for that. But, a word of warning. Something I’ve noticed across all creative industries. The less the client wants to pay, the more demanding they are. Customers like this can often start to make you hate the thing you once loved.

You’ll still also need to register as a business, declare your income and pay tax. Once you add your travel costs into the mix, is US$45 even going to cover it? Let alone actually fund any new gear. Oh, yes, and Snappr will want their cut, too. You may find that you end up paying to do the shoot instead of being paid. If you’re going to be doing that, you might as well just keep shooting what you want to shoot instead of being at the behest of others.

If you want to actually run a profitable business, forget about it.

Snappr’s prices do go up to $749 (US$572) for a full 7hr shoot with all digitals included, but it’s still really not a sustainable income. Sure, if you’re doing it 5 days a week it sounds like a decent income. But, again, Snappr’s cut, travel and other costs, tax. It all gets eaten up very quickly.

Will you realistically be able to do it 5 days a week, though? Snappr expect 60 images per hour. On a 7 hour shoot, that’s 420 images. How much of what’s left is going to cover your time to edit 420 deliverable images? How much time is that going to take? Are you going to shoot for 7 hours, and then edit for 7 hours? How long do you think you can maintain 14 hour days 5 days a week before burning out? 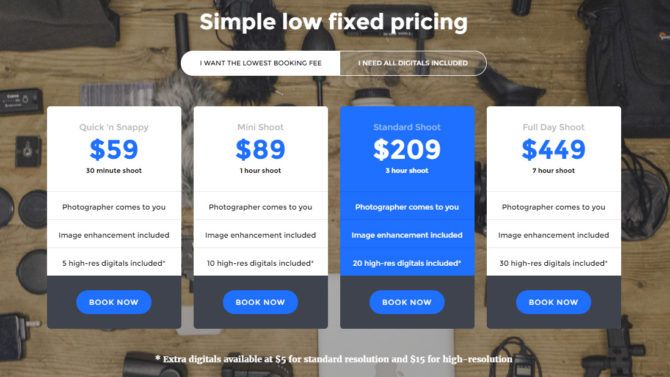 “Low fixed pricing” is what it says on the website. Prices set by Snappr, locking you into whatever they want to charge the customer. You can’t even set your own prices for your own work. Even starting out independently as an inexpensive freelance shoot & burn photographer, at least you’re in control of your own prices. You can increase them and tweak your model as you grown and gain more experience.

With bills to pay, families to feed, new and replacement gear to fund, I don’t know how anybody genuinely believes they can make a sustainable income on a model like this. The only ones who’ll actually be making anything from this are the team running Snappr.

I know a lot of photographers complain about low priced amateurs “muscling in” on their business. Personally it doesn’t bother me. The people who want to spend that little on photography aren’t my clients. Never will be. It’s that simple. So, I don’t consider those photographers to be my competition.

So, I certainly don’t feel threatened by a service like Snappr. But, I don’t like to see companies taking advantage of photographers. Especially when they’re masquerading as a company claiming to benefit photographers.

An article about Snappr on Resource Magazine suggests that a number of the photographers they feature don’t even shoot for them any more. At least one claims he never has and didn’t even sign an agreement to do so.

It astounds me that any photographer can be suckered into to something like this. It really does. If you’re that desperate that you’re willing to charge this little to find clients, you’re probably better off finding another profession.

Are you a “Snappr” photographer? Would you even consider signing up to a service like this as a photographer? Do I sound like a grumpy old man or does this service have even a single redeeming quality that I’m just not seeing? Let us know your thoughts in the comments.

Photographer fired from maternity shoot after client discovers she is gay

What Else Happens When the Photographer Becomes the Client

« DJI’s new Osmo+ brings 7x zoom to handheld gimbal cameras
If you ever wondered what it was like to be taught by Ansel Adams, here’s your answer »