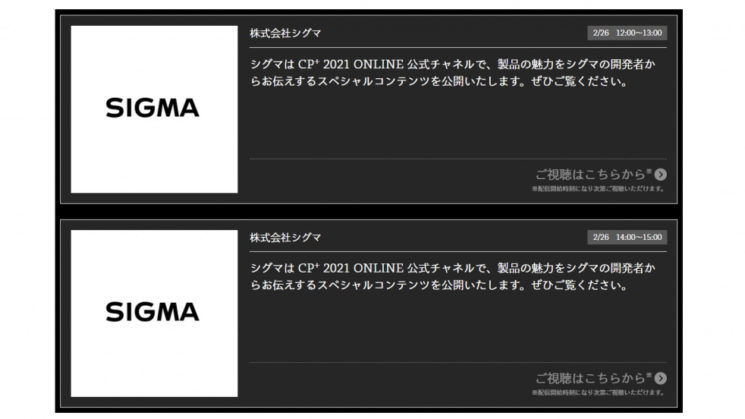 Sigma is expected to announce the recently registered Sigma fp L camera at the upcoming CP+ 2021 virtual show in a couple of weeks. Now, though, it looks like they’re set to announce a new 28-70mm f/2.8 FE lens on the same day. According to L-Rumors, Sigma is set to make two announcements at CP+, and chances are, one of them won’t be a full-frame Foveon (yup, I’m still going on about that).

At the moment, there isn’t much information about the new camera at all, really, besides the name. When it comes to the new 28-70mm f/2.8 lens, though, L-Rumors says that it’s an FE lens – although I expect we’ll see it come to L mount at some point, too, even if not at initial release – and that it will cost around $900.

Exactly how well it’ll compare to Sony’s more-than-twice-the-price 24-70mm f/2.8 lens obviously remains to be seen, but $900 is a very attractive price point for a constant aperture f/2.8 zoom.