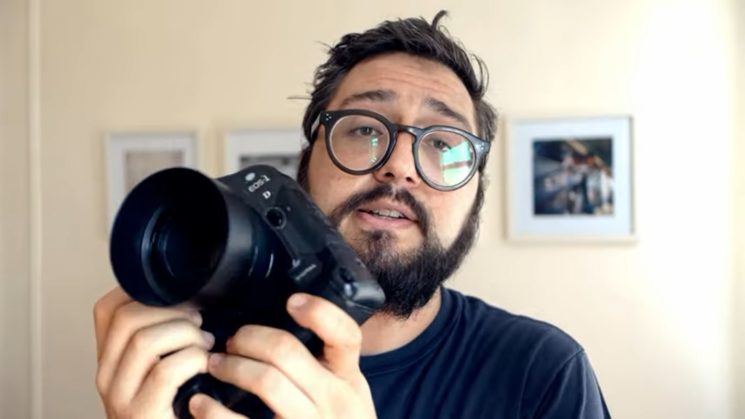 Canon EOS 1D was the first digital camera in the EOS-1 line. It’s already been twenty years since it was launched, can you believe how time flies? Technology has come a long way, and so did digital cameras. But is the old 1D still relevant and can it stack up against modern gear? Eduardo Pavez Goye decided to find out. In this video, he takes you on a shoot and tells you his impressions of this two-decade-old Canon camera.

In the first half of the video, you can watch Eduardo and his model Georgia walk around and take photos. Eduardo shares a bunch of them straight out of camera, so you can see what he ended up with. In the second part of the video, he proceeds to share his impressions of the Canon EOS 1D.

Compared to modern cameras (especially mirrorless), the 1D is huge, cumbersome, and heavy. But I guess that’s no surprise. It has a 4.15 MP CCD sensor and uses 2GB cards. Still, due to a relatively small resolution, you can take more than 400 with a 2GB card.

Shooting at a higher ISO will give you more noise on this camera than it does on modern ones. But Eduardo points out that it doesn’t look bad with a CCD sensor, especially if you shoot black and white.

It’s worth noting that the 1D has a 1.3x crop sensor, not 1.6x. So a 50mm lens will not give you 80mm equivalent focal length, but 65mm. Eduardo notes that the AF is not particularly great, which is again not surprising for a 20-year-old camera. The display on the back is really small, so you can’t be sure whether the photo is in focus or not. But even if it were larger, I’d still suggest waiting till you see your photos on a computer.

Despite some obvious drawbacks, Eduardo notes that he still likes the results he got with this camera. Looking at the photos that he took, I like them too. I probably wouldn’t go for a 20-year-old digital camera even if I were a newbie. I don’t need 100 MP resolution, but I still want more than 4. However, for a grandpa that it is, Canon 1D is not bad at all, even in 2021.

Did you have the chance to shoot with the Canon EOS 1D? Or perhaps the Nikon D1 from 1999? Do you think they’re still relevant, at least in some situations?