Out of the box, drones, like most cameras, aren’t set up for shooting epic cinematic footage. No matter how silky smooth your movements, or the thought that goes into the composition, bad settings can ruin your shot. The camera has to be set up right, both from an exposure standpoint, and filters you may choose to use.

This video from YouTuber Atti Bear goes through the various settings, and filters he uses to create his drone footage when filming with the Mavic Pro. But the principles are the same for any drone. Atti also talks about some of the camera movements that can help get more cinematic shots.

To illustrate some of the technical principles, Atti uses a ground based Canon 5D Mark IV. Shooting video from the air isn’t that much different from shooting it on the ground. You want to try to obey the 180° shutter rule as much as you can, which isn’t always easy. Atti illustrates why this is important towards the end of the video.

With your ISO as low as it’ll go, at 1/50th of a second, you’ll often blow out much or all of your shot to pure white. On a DSLR we have the option to stop down the aperture. On most drones, though, we do not. This is where neutral density and polarising filters come into play.

And this is how we bring down the exposure on drones, too. Sure, you could shoot at fast shutter speed of 1/800th of a second instead of adding 4 stops of ND over your lens, but then your footage won’t be very smooth. You’ll get fast jerky motion, which isn’t very cinematic. Well, not unless you’re trying to save Private Ryan.

Another thing you’ll want to be mindful of is skies and reflections. And just like on the ground, a circular polariser is going to help with that. Cutting out the reflections, and darkening the sky creates a more even and balanced shot. It removes the harshness and contrast.

Atti uses PolarPro filters. In the video, he highlights the PolarPro DJI Mavic ND64/PL and the PolarPro DJI Mavic Cinema Series 6-Pack. The latter coming with 1, 2 and 3 stop polarised NDs, and 2, 3 and 4 stop regular NDs. It’s not an inexpensive kit, totalling around $180, but filters like these are pretty much essential for this kind of stuff. 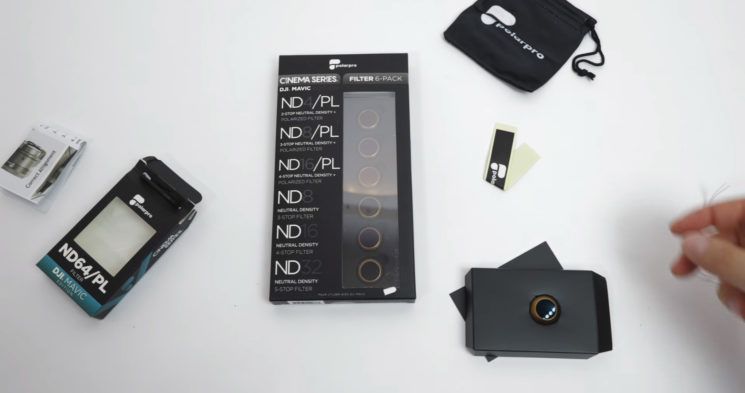 Once Atti takes us out with the drone, you can immediately see the difference that using the correct shutter speed and filters has. As well as decreasing the contrast, we see just how smooth the motion is. We get that nice cinematic motion blur, instead of objects stuttering across the frame. 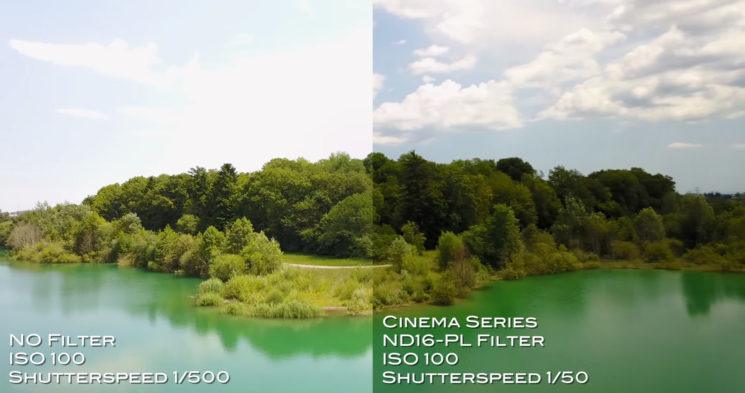 This is only the beginning, though. You still need to fly your drone in a cinematic way. If you want some tips on that, check out this video from the Drone Film Guide channel.

You’ll probably also want to start shooting D-Log, if you don’t already. This will give you the maximum amount of information in your footage as possible, giving a great latitude in post. Atti has another video showing some before and after samples of graded D-Log footage. And you can see in his sample video, that the aspect ratio plays a big part, too.

It’s a combination of all these things that really helps to make your footage really cinematic.

The best settings to create cinematic footage on your mobile phone