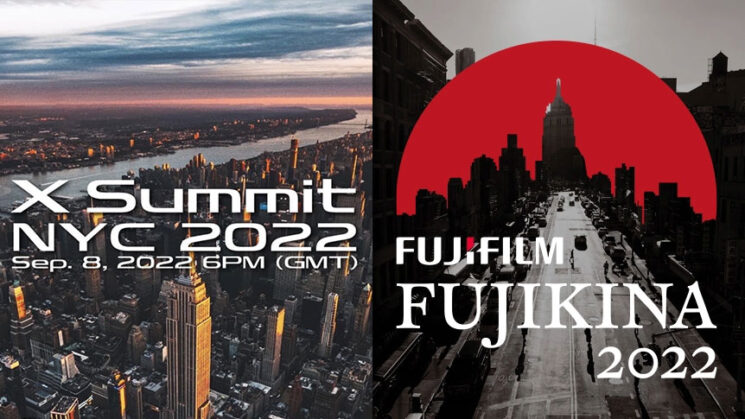 Fujifilm is holding not one but two events in New York City this September. The first is the X Summit event on September 8th, where they’re expected to launch a new camera. Two days later, on September 10th, they’re hosting a free Fujikina “interactive festival” event for anybody interested in photography to come and celebrate the 10th anniversary of Fuji’s X-Mount system.

The X Summit event is likely to be the announcement of the long-awaited Fujifilm X-H2 mirrorless camera with the company’s shiny new 40-megapixel 5HR X-Trans CMOS sensor. We may also see some new lens announcements, too – or at least an update. It’s likely that if the Fuji X-H2 is announced during the X Summit event, they’ll have at least one or two on display during the Fujikina event a couple of days later.

The Fuji X-H2 is the long-awaited successor to the Fuji X-H1. The original X-H1 was very heavily focused on video, rather than stills. The recently announced Fuji X-H2S is also very heavily video-centric, so it will be interesting to see exactly what the X-H2 brings to the table. Is Fuji going to have two video-heavy cameras or, as some rumours suggest, is the X-2H non-S going to be more stills-oriented?

The “40MP, beyond the format boundaries” tagline of the new 5HR sensor certainly seems to focus more on resolution than speed than the 26-megapixel 5HS sensor in the X-H2S, which used “stacked layer, ultra fast motion capture” as its tagline. It could, of course, mean that the speed standard has now already been set and the X-H2 will add resolution into that mix or it may mean that resolution is the priority over video features in the case of this particular body.

Either way, 40-megapixels might not sound like a lot in today’s climate compared with a lot of what else is out there (and has been for several years), but with an X-Trans sensor instead of the usual Bayer filter sensor we see from other brands, it might just outshine its similar resolution competitors.

The X Summit event isn’t an in-person event. It’s online and will be streamed from the company’s YouTube channel on September 9th at 3am Japan time. That’s 7pm on September 8th for folks in the UK and 2pm Eastern or 11am Pacific on the 8th for folks in the USA. The other event, however, Fujikina (a nice play on words taking the now-defunct Photokina and making it their own), is an in-person event that’s open to all photographers or those with an interest in photography, including the general public. 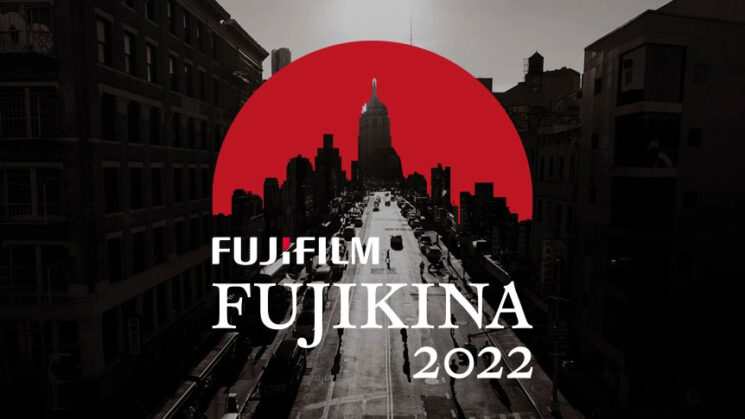 Fujikina is being hosted in the Glasshouse on 12th Avenue, New York on September 10th with a bunch of talks from a number of photographers including Greg Gorman, along with product demos (presumably including whatever’s announced on the 8th), and photo galleries showing off the talent and creativity from Fuji photographers around the world. You can see a full list of featured creators here.

Fuji has confirmed that they’ll have the Fujifilm X-H2S, along with the XF150-600mm f/5.6-8 R LM OIS WR lens and more at the Fujikina event so that those curious can come and have a play with them first-hand. There’s also a check and clean maintenance service for cameras and lenses for existing Fuji shooters that’s completely free of charge, as well as a free loaner programme. Fuji is also hosting a number of photo walks and seminar sessions during the event, including portrait workshops, action photography and filmmaking masterclasses.

While Fujikina 2022 is available for anybody to attend, you do need to register in advance to get your ticket and there are limited spaces available for some things, so you’ll have to hurry if you want to go.

To find out more, check out the Fujifilm X website.

« Lioness steals a GoPro, films herself running and playing with it
Apple users – Stop using AirPrint to print your photos »