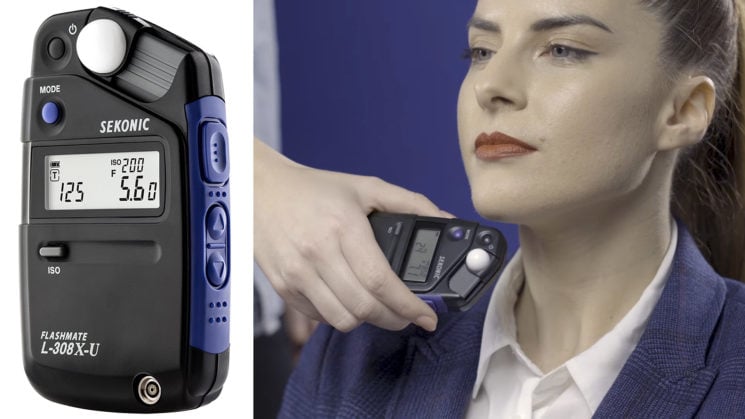 The Sekonic L-308S meter is by far their most popular light meter. Fairly basic but very accurate and affordable, it’s the model that often introduces photographers to light meters. Perhaps they may eventually step up to something fancy like the L-478 or L-858, but the L-308 is usually where they started and the one they recommend to new photographers looking to get their first meter.

Now, in the form of the Sekonic L-308X-U, Sekonic have combined the best features of the L-308S for photographers and the L-308DC for filmmakers. The L-308X-U is a single unit designed for the next generation of both photographers and filmmakers. It also includes a couple of new, often requested features, too. Like a backlit LCD and ISO850 setting for modern cinema cameras.

The Sekonic L-308X-U offers three different main modes to determine how you want to meter.

The L-308X-U follows the small compact design of the other L-308 models. It slips easily into your pocket when you don’t need it and it’s always handy when you do. It features the same LCD display L308 users have come to know, but with the L-308X-U, except this features a backlight. When you’re in conditions below EV5, it automatically turns on. 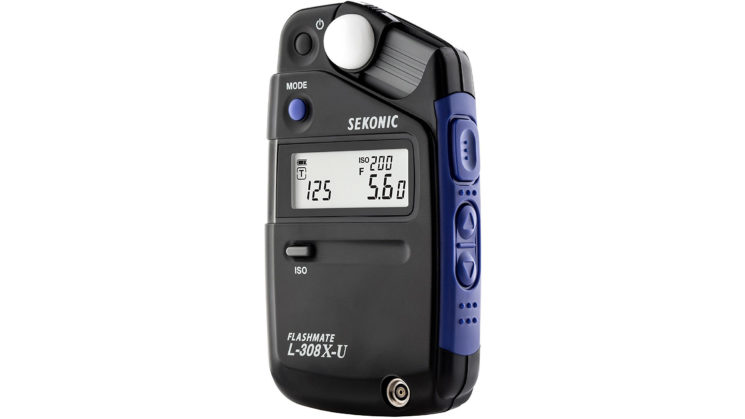 Personally, I skipped owning the L-308S as I got a lucky deal on an old Sekonic L-718 when I was looking to buy my first light meter. Now I use an L-758DR, but I have used the L-308S a number of times in the past, and it’s a nice, no frills, no nonsense light meter. It lets you get exactly where you need to be very quickly.

It’s nice to see Sekonic have been listening to user feedback from L-308 users and have implemented some of their needs. Also nice to see a single unit that appeals to both photographers and filmmakers, especially now the lines between the two have become so blurred.

The Sekonic L-308X-U light meter is available to pre-order now for $219 and ships starting next week.

« This woman went $10,000 into debt after trying to be famous on Instagram
The UniColor LED light tube has an IP67 rating for underwater light painting »