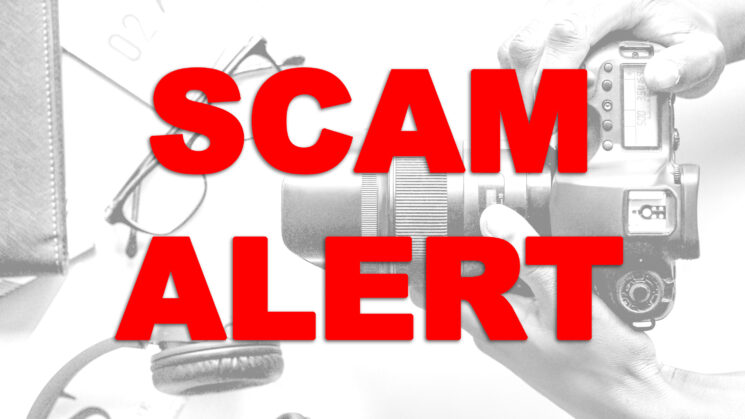 Job scams targeting photographers seem to be more common than ever, and there has been a new one going around lately. If you use Indeed.com to find photography gigs, this one might hit you, so pay close attention.

Reddit user paraworldblue recently shared their experience, saying that they got a few of these scam emails so far: three of them in the same day. Some of them sounded fairly believable, so they even got fooled for a moment.

“The initial email gives a very detailed description of a way too good to be true job with a well-known company, saying they saw your resume on Indeed and were impressed,” the user writes.

“I was initially fooled by that first one, out of hopeful desperation, so I replied to the email, answering all the many interview questions (nothing inappropriate or personally identifying – just standard photo job questions).

About 6 hours later, I got an email back saying I got the job – no interviews or anything, just a job offer, which was the first red flag. This is when I noticed the Gmail address.”

As paraworldblue notes, the emails come from Gmail accounts, usually something like “[COMPANY]jobs2021(at)gmail.com.”

“They sign off the email as someone they found on Linkedin, either at the company or at a similar-sounding company. The first one I got was for Knickerbocker NYC, a clothing company, and later discovered that the Linkedin profile for the name at the end of the email was for someone at Knickerbocker Group, an architecture firm in Maine.”

All of this required a little digging to find out, so I’ll use this opportunity to remind you not to skip this step. Always perform a thorough background check!

Anyways, even if there were no other red flags, the “official” job offer PDF had plenty. The “company” wanted the photographer to sign it, and it was just filled with red flags! “Up to that point, they’d done a pretty good job making everything seem legit (except the email address),” paraworldblue writes. “But that pdf was just a total mess.”

“It was full of weird formatting and spelling errors, and it changed fonts like 8 different times. For some reason, they even listed a company address, which turned out to be for an abandoned building in upstate NY! If you’re gonna include an address for your scam, at least pick one in the same city as the company you’re claiming to be!”

The photographer writes that they even forgot all about it until they got three more emails like this: from Getty Images, Dillard’s, and Universal Pictures. Or whoever pretended to be them. It reminded me of a recent scam that included National Geographic and its acclaimed photographer Enric Sala.

I believe that scams like this are on the rise because photographers have been particularly hit by the pandemic. There have been fewer gigs than before 2020, so many people are desperate and they may not be as alert as before. Still, don’t let the emotions act on your behalf in situations like this. First, always check the email address from which you got the offer. A legit company will almost never contact you via Gmail or similar mail. Still, if they reach out through a seemingly legit address, it could still be a scan, as I recently discovered.

So, even if the email is legit (or it appears t0 be), don’t be afraid to do some digging and play detective. Scams have become very common, and I wouldn’t like any of you to fall for them. Stay safe and stay alert!

Here are 6 Photography companies who are in the UK