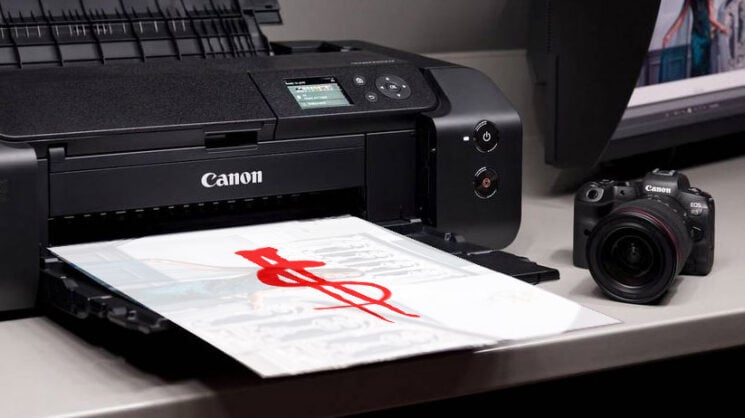 Gizmodo has uncovered almost two dozen complaints to the FTC over websites posing as Canon scamming them out of hundreds or thousands of dollars. New printer users are a fairly easy target because almost everybody who has a computer has a printer, not just photographers, and the hassles of setting them up and keeping them running smoothly aren’t exactly a secret, to the point of ridicule in popular culture.

So, people often need help setting them up or dealing with issues when they arise. This is what the scammers are taking advantage of, and more specifically, users looking for drivers for their shiny new printer. According to the report, the scam exploits an issue whereby Canon’s official website often seems to be down (although that’s not an issue I’ve seen personally), forcing users to Google alternate download locations.

These alternate locations appear to be legitimate looking URLs to the uninitiated and are designed to look exactly like the Canon website. So, these users believe they’re on an official Canon website and download whatever the site tells them to download in order to get their printer working.

Unfortunately, none of the sites are legitimate and Gizmodo says that while browsing these websites, users are confronted with popup chat windows claiming to be Canon Customer Service (which they wouldn’t doubt because they think they’re on a Canon website) to help them diagnose their problem. Sometimes the victims would be talked into handing over remote control of their computer while others are asked for money to fix a problem they don’t really have.

Phone numbers on the scam websites also lead directly to the scammers, with different numbers apparently being provided on each of the websites. This makes it sound like this isn’t just one scammer running all of these sites, but that multiple scammers all have the same idea and each have their own websites. Some of the fake domain names Gizmodo found include… (it probably doesn’t need to be said, but don’t visit these).

A number of excerpts from the FTC complaints also appear in the Gizmodo article where individuals have posted their stories with claims of being ripped off for between $99 and $4,000.

This isn’t a particularly new scam. Taking advantage of typos and websites that aren’t always as reliable as they could be and using search engines to drive traffic to scam sites has been around for years. But there are always new people finding their way online or dealing with something for the first time that requires the internet and falling for them.

Gizmodo says they’re unable to confirm the claims made in the complaints because any identifying information for the individuals filing them has been redacted. They say they’ve also made multiple requests for comment to Canon, who have not responded and states that “it’s unclear the company understands just how prolific these scammers are”.

The internet can make for some very expensive lessons. So, if you’ve just got a shiny new Canon photo printer, make sure you’re downloading your drivers from the right website!

How to get into studio lighting without spending thousands of dollars

Fake bokeh is finally here for all iPhone 7 Plus owners