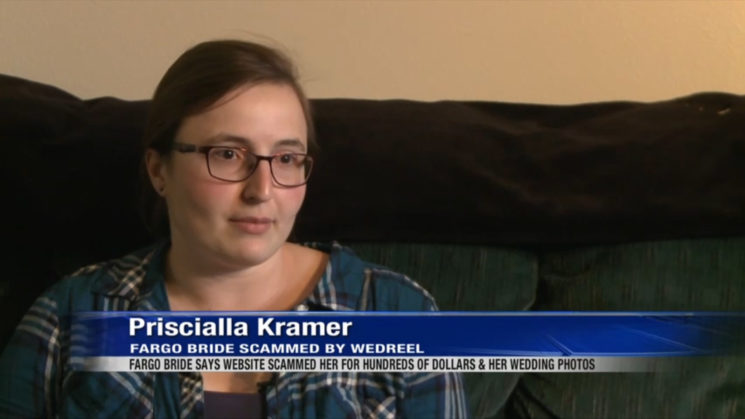 Photography scams are not uncommon. New ones seem to be appearing regularly, and old ones just never seem to die off. Usually, they’re in the form of an email or a text message. They offer to overpay you, then request that you pass along payment to some other vendor. You do so, their cheque bounces, and you’re out a bunch of money.

Valley News reports that this alleged scam being put forward by North Dakota bride, Priscilla Kramer is a little different. For a start it targets the client, not the photographer. Kramer claims that a website service by the name of WedReel took both her money and her wedding photos. Now she has little to show from her happy day.

If the video doesn’t play, click here to watch on Valley News.

Essentially, WedReel works on a “crowd sourcing” principle. Instead of hiring an actual photographer or videographer for your wedding, your guests install an app, and use it to shoot stills and video during the event.

The app then uploads all these photos and clips to WedReel, and spits out a video when everything is submitted. Seems straightforward, if a little laughable.

Two months after the wedding, though, Kramer hadn’t received anything from WebReel, and has no pictures of her wedding. It seems that the app which records the clips and photos simply uploads to the WedReel service and doesn’t save locally.

She also hasn’t been able to get hold of them since the wedding, either.

WedReel is registered in Phoenix, Arizona, although the address appears to be a virtual office space, not a real business establishment. The WedReel Facebook page also seems to have been neglected for at least the last 6 months, and similar complaints are racking up in the comments.

Valley News reports that the Better Business Bureau of Arizona have also received multiple complaints for the company. Complaints that read just like Kramer’s.

There’s no pricing listed on the WedReel website, nor who actually seems to own it. A little Googling, though, brings up this test website, which has the couple who run the company listed right near the top. Looking at 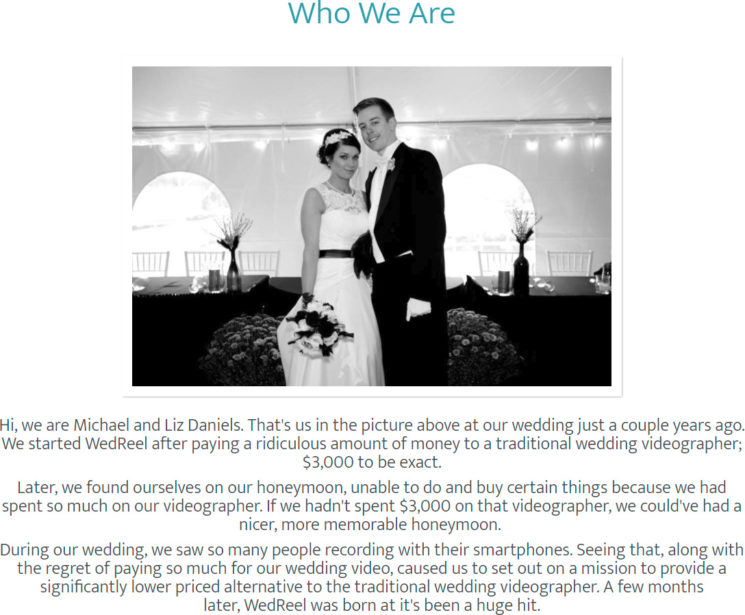 Now it seems they’ve disappeared, but haven’t taken down the websites & apps which receive payment.

Complaints on the Better Business Bureau website mention costs ranging from $390 to $420, with no images or video received after several months.

The whole concept of the service seems a bit stupid to me. How anybody can believe that inexperienced guests with their random phones can create footage even close to that which you can get from somebody who knows what they’re doing is beyond me.

But, regardless of what we think of the service itself, that doesn’t make this any less wrong. And it seems to have proven quite popular, judging by their Facebook page. Even if it turns out that it’s not a scam, and there’s been a legitimate issue, it’s still not right to keep somebody waiting 2-6 months for their photos and video with zero communication to explain what’s going on.

It does help to illustrate the risk of not hiring somebody who knows what they’re doing in order to try and go cheap with some untested “new” service, though.