It’s been three long years since SanDisk first showed off a 1TB SD card at Photokina. It was operational, but it was essentially just a proof of concept to show that it could be done. Now, SanDisk feels the market is ready to adopt such huge cards, and that the prices today will be more manageable than they were in 2016.

We caught up with SanDisk at IBC 2019 where they were also showing off the 1TB microSD Cards, their new CFexpress cards, as well as a new fast USB SSD.

SanDisk has been very quiet about their 1TB SD cards over the last three years, revealing absolutely nothing about them whatsoever in that time. Now, though, we find out why they weren’t released three years ago. Primarily, the reason was cost. They would have been ridiculously expensive by then and virtually nobody would have bought them. So, there wasn’t really much point in making them beyond the proof of concept.

Now, though, the technology has gotten faster, cheaper, and photographers and filmmakers are used to larger cards. The card being released is a 170MB/sec SanDisk Extreme Pro. They’re UHS-I, not UHS-II, and that 170MB/sec is the read speed. The write speeds only go up to 90MB/sec, with only a guaranteed minimum of 30MB/sec sustained, thanks to that V30 rating.

So, if you were hoping to use this in something like the Blackmagic Pocket Cinema Camera 6K for shooting some sexy raw or ProRes footage, you’re going to be a little disappointed. For photographers, though, or shooting 1080p or 4K h.264 and h.265 footage, v30 is often enough to cope. 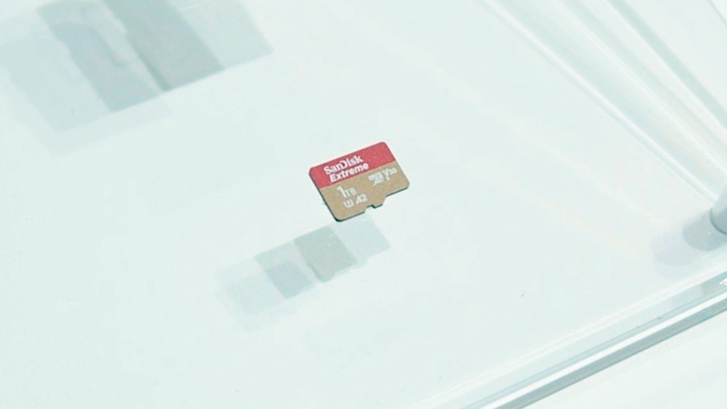 Also on display was the recently released 1TB Extreme microSD card, too. While cards of such capacity are more likely destined for 360° and VR cameras, the A2 performance rating means it should also work beautifully in your smartphone, too, either for shooting stills or video or as regular app and data storage. It offers read speeds of up to 160MB/sec and write speeds of up to 90MB/sec. 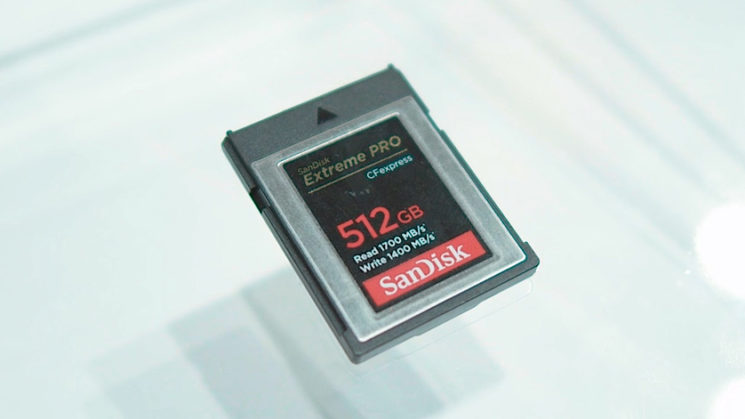 SanDisk revealed that their CFast 2.0 would remain in production, at least for the time being, but that they are also now focusing on their new CFexpress cards, and specifically mention the new Canon camera as a target camera for such cards – at least until Nikon, Panasonic, Phase One, etc. update their firmware.

Memory cards weren’t the only thing SanDisk was showing off at IBC, though. They also had a new portable and rugged SanDisk Extreme Pro SSD with them, too, capable of transfer speeds up to 1,050MB/sec. Prices for these have not yet been announced, but they will be available in 500GB, 1TB and 2TB capacities.