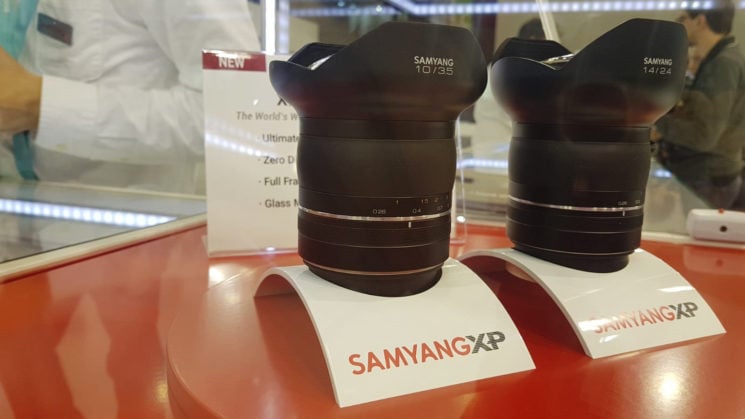 Despite appearances, the new Samyang XP 10mm f/3.5 is not a fisheye. It’s a rectilinear lens, which Samyang says offers “zero distortion”. It’s a manual focus lens designed for full frame DSLRs. Samyang claims that it’s the widest lens out for full frame DSLRs, too, just edging out the Irix 11mm f/4.

Samyang hasn’t officially announced the lens yet, they’re just showing it off at the show. And they’re keeping things fairly close to their chest for now. But we have Udi, our reporter in the field at Photokina this year, who asked Samyang a few questions about the new lens.

A sign behind the lens offers some further information. 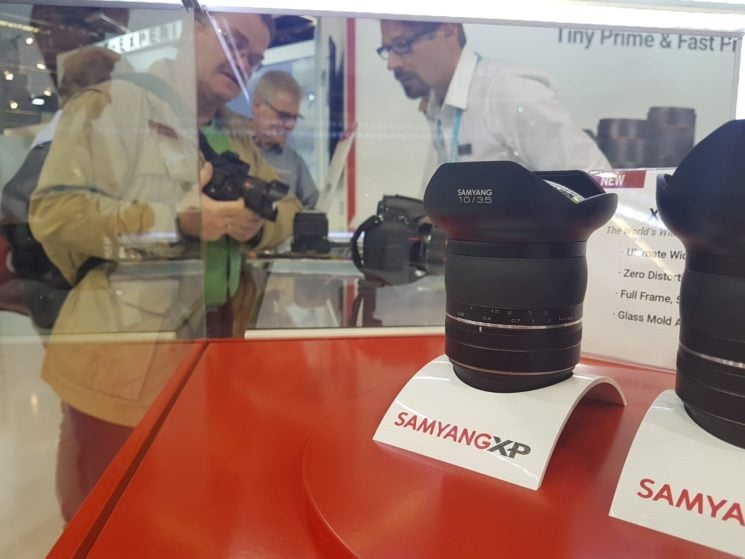 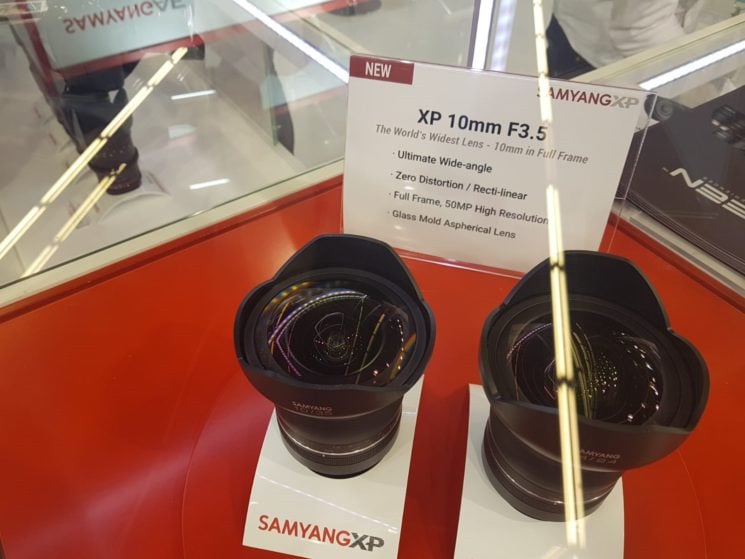 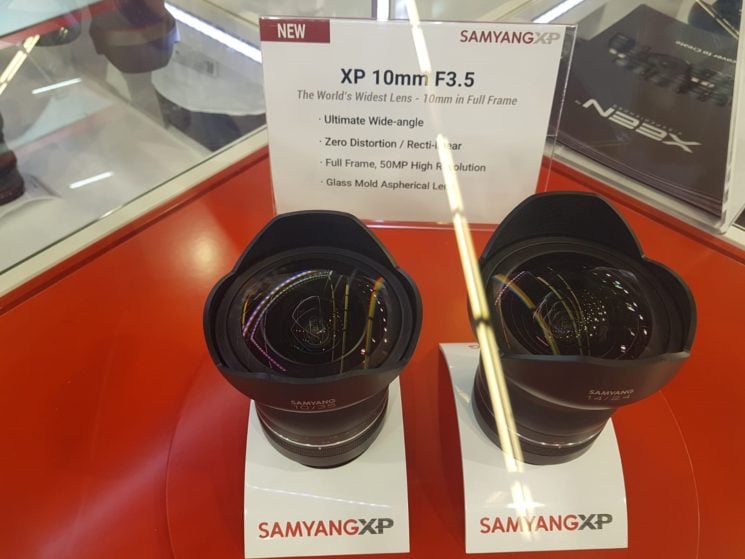 Beyond this, there are no solid details, and Samyang isn’t ready to release any more information yet. But this looks like it’ll be a fun lens to play with. 10mm on a full frame DSLR should offer a 122° horizontal field of view. That’s pretty insane for a rectilinear.

The lens on show at Photokina is a Canon EF mount, but I think we can also expect to see one for Nikon F.