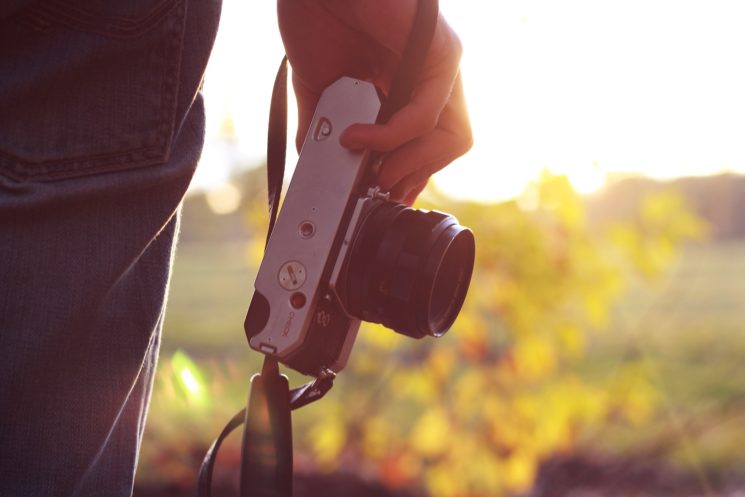 If you are currently knocking some doors, searching for opportunities and chasing your dreams as a photographer, you know that it can get tough. You may want to give it all up and just start doing something else. If this is the case, here is some inspiration to keep you going. In this video, Joel Grimes talks about how his first portfolio showing almost caused him to quit. But luckily, he managed to get through the tough times and rejections, and he ended up fulfilling his dream to be a professional photographer. In case you need some encouragement and inspiration right now, this is the story you absolutely must hear.

Joel shares a rather personal story which could inspire all of you who are going through tough times in your career at the moment. When he graduated in photography in 1984, he started making cold calls, in an attempt to chase his dreams and get clients. It was a terrifying experience, but luckily, he had a friend who mentored him in how to make those calls and market himself. And eventually, he had his first portfolio showing with a creative director of a marketing agency.

He put a lot of effort in his portfolio and he was set to knock them off their feet! He had just moved from Tucson, AZ to Denver, CO, so he was in the Denver market. The creative director knew this, and after seeing only a few of Joel’s photos, he said: “Let me give you an advice. Go back to Tucson.” And that hurt.

Joel admits that he felt he wasn’t strong enough to handle the rejection. He could only think of his father who always told him that he would never make it as a photographer and that he should forget this dream. When he showed up in his friend’s studio, he proclaimed that he was done with it. It was too hard to handle. But then, the friend asked: “You’re gonna let one person steal your dream?” He convinced Joel to give it three more months. And soon enough, everything turned around.

After a while, Joel’s friend advised him to go to the same agency and find the art director, not the creative director, and show his portfolio again. And Joel did it. He was facing his fears, and when he got there, everything got back to him. But he overcame the emotions this time, met the art director, and sowed his work again. At that time, he had mainly architecture shots and some landscapes in his portfolio. The art director asked if he could do a lifestyle shoot, so he got an opportunity to show what he could do.

While he was doing the shoot, the creative director who rejected him in the first place walked in. Joel admits that he was shaking, but he did the shoot – and they liked what he did. Eventually, he made 15 ads for them and it kickstarted his career as a people photographer. What’s more, he got to know the creative director very well over the years – and it turned out that he was actually a nice guy.

What’s even crazier Joel spoke to the creative director of that agency 18 years later. He told him that he almost stole his dream and cost him his career. But over the years, Joel realized that he actually did him a favor. He overcame the first rejection, faced his fears and emotions, and ended up being a successful photographer.

The moral of the story is: when you enter the real world as a creative, you’re gonna get rejected. That’s reality, and it has maybe already happened to you. But you shouldn’t let that discourage you! Get it out of the way, overcome it, move on, and chase your dream. You are the one who makes a decision: do you want to be rejected, or do you want to chase your dream? Just like Joel, don’t let one rejection bring you down. Don’t let it steal your dream.

Photographers, don’t listen to others: go and chase your dream