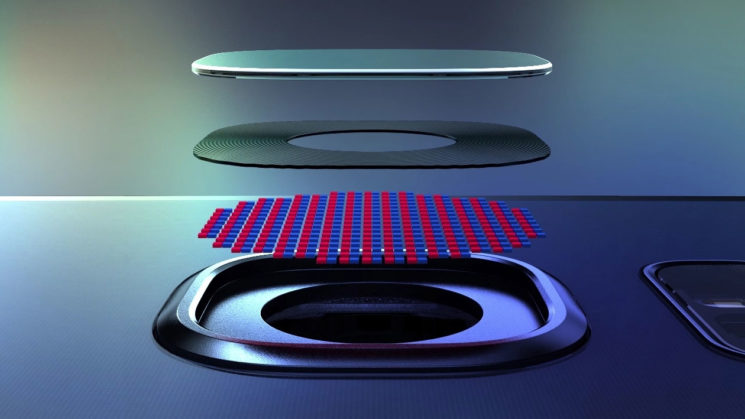 It’s expected that this sensor will come in the next generation of Galaxy S phone. The design differs from Sony’s slightly. Sony positions the DRAM between the pixel and circuit sections of the sensor in a new 3 layer stacked CMOS configuration. Samsung, on the other hand, bonds the DRAM to a traditional 2 layer CMOS. This allows them to create the technology without infringing upon Sony’s patent.

While it should still deliver the results, this means that Samsung’s design isn’t quite as sophisticated as Sony’s. But Samsung believe they have the advantage, as they make all their components in-house. Sony have to outsource their DRAM to another manufacturer, Micron. Although Sony seem to be producing in much larger volume with lower overheads.

At the moment, Samsung’s current flagship device, the Samsung Galaxy S8 uses different cameras depending on region. In their home country of Korea, the S8 comes shipped with a Samsung camera sensor. In the USA, the S8 comes with a Sony made sensor. The next generation S9, though, may use Samsung sensors regardless of where you are in the world.

Etnews report that mass production is expected to begin in November. The Samsung Galaxy S7 was released in March 2016 and the S8 in April 2017. If we figure a similar sort of schedule for the S9, that gives them a good 6 months to build up a stockpile of the new sensor.

I remember a decade ago, seeing a Phantom Flex at the Broadcast Video Expo in London. This thing shot around 2,500 frames per second, and had a price tag more expensive than my house. To have come so far that we can get 1,000fps slow motion in our phones now, is just ridiculous.

I just hope they offer the bitrate to be able to keep up some kind of quality. Because 120fps slow motion 1080p on my iPhone SE already pushes the boundaries of what’s acceptable to me (and it’s mostly not). If not, I suppose it’s only a matter of time before the speed of mobile technology catches up to give us the speeds we need for high bitrates.

Xiaomi is building its own in-house camera department