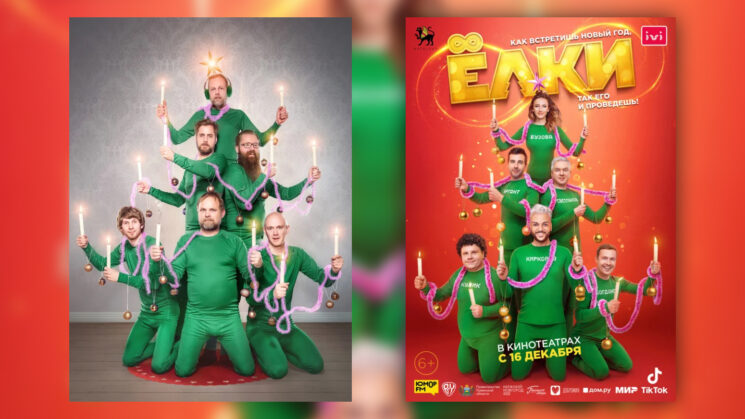 We see almost daily reports of photographers having their work stolen and reproduced elsewhere without permission and against their wishes. But it’s not often that we see an entire concept allegedly ripped off quite so blatantly. I have to say allegedly, but to anybody with eyes and a brain, it seems like a foregone conclusion.

The original photo in question was shot by Norwegian photographer Stig Håvard Dirdal in 2015. It’s reported to have been stolen and reposted around the web so often that Dirdal ultimately registered it with the US Copyright office in 2018 to be able to do more about further infractions. But now, another photographer’s interpretation of it appears to be the main marketing image for Russian movie “Yolki 8”. 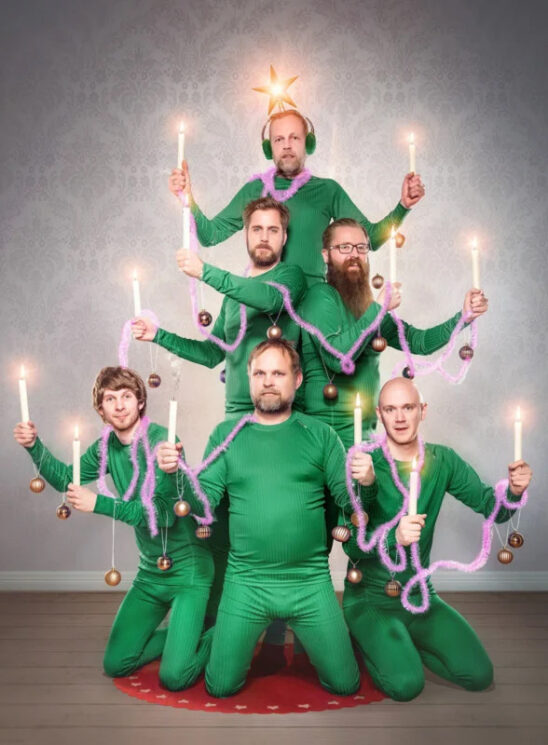 The original photo was created by Dirdal at the request of camera store Stavanger Foto, who had hired him to create a “human Christmas tree” photo with the store’s employees for the store’s official Christmas card in 2015. As you can imagine, it was popular amongst customers and ended up being shared quite a lot around the web. Naturally, as the photographer, Dirdal retained the copyright on the image.

This widespread sharing led to a lot of copyright infringement, resulting in Dirdal registering the images with the US Copyright Office in 2018. This likely wouldn’t help him recover anything against previous infractions, but it would offer him more protection in the USA on any infringements might come up in the future. And with an image like this, registering it seems like a wise decision. 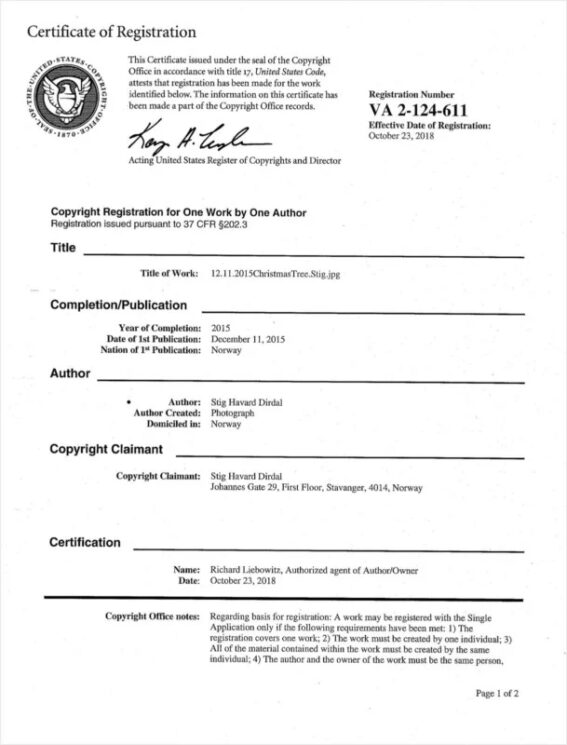 Dirdal told PetaPixel that he receives requests from companies every year that want to replicate the concept for their Christmas photos, but he’s told everybody “no”, saying that he’s “not into re-using original ideas”. The only problem is, you can’t really copyright an idea, only the final work. Replicating the conditions and shooting your own doesn’t fall foul of the law according to NPPA General Counsel Mickey Osterreicer – at least, not in the USA.

I expect it was quite a surprise for Dirdal to believe his work had been copied so blatantly, and for what is said to be Russia’s most successful non-animated film franchise ever. The first movie was released in 2010 and this marks the 8th in the series. It makes a lot of money and was heavily promoted in Russia, Europe and North America. Dirdan says that he’s seen a lot of remakes over the past few years but “none as good as the one for ‘Yolki 8′”. 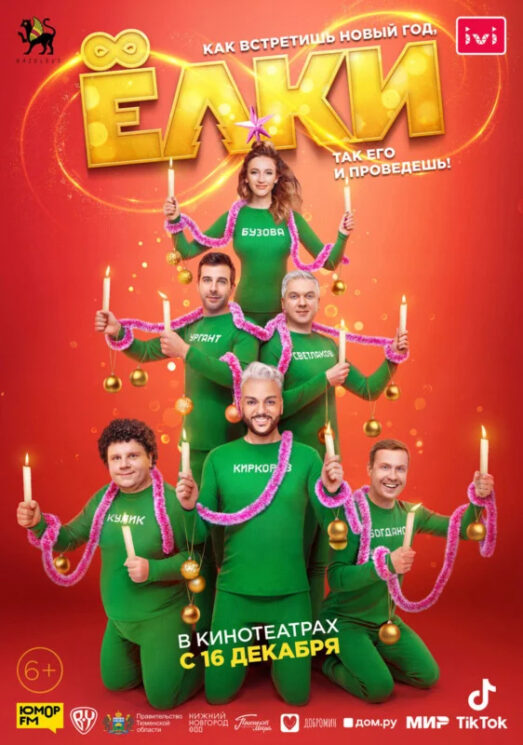 With the obvious similarities in the positioning of the people relative to each other and how they’re posed, the outfits they’re wearing, the candles they’re holding, how they’re holding them and even the colour of the tinsel around their torsos, it appears to be quite a blatant copy. After attempts by Dirdal to contact Bazelevs Productions, the company behind the movie, generated no response, he took to the media to gain attention for his cause, where it has been covered by the press in Norway, Europe and Russia. He’s also said to have contacted lawyers in Norway, the USA and Russia about what can be done about the alleged copying.

In the USA, the answer appears to be nothing – according the statement above from Mickey Osterreicer. But neither Russia nor Norway are the USA. Both of them will have different copyright laws than the USA and there may potentially be another avenue they can pursue. We’ve seen at least one similar photographic case before in the UK with the Red Bus case. This case determined that reproducing the circumstances of an image to create something with too many common elements can potentially infringe copyright – at least according to English copyright law.

The image on the left, above, was shot by a photographer referenced as “Mr Fielder” in 2005. The image on the right was shot by a different photographer, “Mr Houghton”, in 2010. Mr Houghton was aware of the existence of Mr Fielder’s picture and ended up shooting something similar, minus the bus, which he then composited in later using a photograph of a red London bus from iStockphoto. The resulting composite was then printed on souvenir tins containing tea. Mr Fielder took Mr Houghton to court over copyright infringement arguing that it reproduced a substantial part of his original work, despite not being his photography. Ultimately, the judge ruled in favour of Mr Fielder.

Now, to what I imagine would be most of us and while there are some similarities between them, these are clearly not the same image and most of us likely wouldn’t think this was a copyright infringement – and it apparently isn’t in the United States. The argument that won Mr Fielder that case, however, was based on copying the common elements of the work. In principle, it’s not too dissimilar from taking the melody of a song and playing it back with a different instrument from that which it was intended and using it in your own song. After all, you’re just taking an element, transforming it and making it your own, right?

Of course, you would still be breaking copyright law in that instance (if your performance of it didn’t fall under Fair Use or some other regional equivalent). And there are many examples of court rulings on that one. Also, with music, the composition and the performance are two separate copyrights (often owned by two different people) and a photograph is just one copyright with one author, so there is a subtle difference in how songs are copyrighted vs photographs from a legal standpoint.

Whether or not that principle would apply to Dirdal’s original photo and the movie poster under Russian or Norwegian copyright law, I’ve no idea. I’m not an expert. But it’s definitely something that I expect Dirdal’s lawyers in those countries will be looking into. According to PetaPixel, Mr Dirdal is seeking damages, however, he’s leaving the value of those damages up to those who’ve paid to see the movie.

Actually receiving those damages might be another matter entirely. It will definitely be interesting to see how this one plays out.

What do you think? Is this copyright infringement? Or is an idea “free” once it’s out there in the public domain?