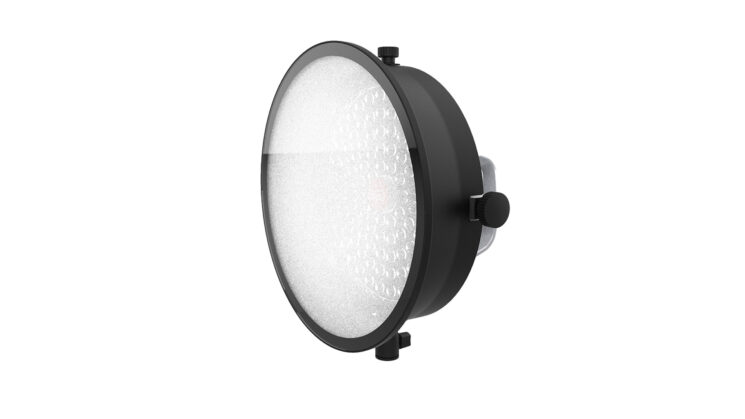 British LED lighting manufacturer, Rotolight has unveiled the world’s first electronic ‘SmartSoft™ Box’. It sounds pretty fancy but it’s basically a diffuser attachment for its AEOS 2 LED lights that allows users to vary the degree of diffusion produced by controlling an electric current passing across its surface.

According to the press release, the SmartSoft will allow users to electronically adjust diffusion, focus and spread without the need for gels or additional modifiers.

“Like a LEE 216 on an adjustable dial, SmartSoft™ provides 1.5 stops of electronically variable diffusion thanks to Rotolight’s patented technology, providing the flexibility of a soft output and a harder light source all in one,” says Rotolight, adding that “the Rotolight SmartSoft™ Box has been developed to save photographers and filmmakers both time and money.”

The SmartSoft Box diffuser uses Polymer Dispersed Liquid Crystals sandwiched between two conductive plastic transparent electrode layers on its front panel to alter the translucence of the glass from completely clear and see-through to heavily frosted.

It works in a similar way to some windows that can switch between opaque and clear, however, the SmartSoft can vary the degree of opaqueness gradually from fully diffused to completely undiffused and everything in between.

Founder of Rotolight Rod Gammons says that the SmartSoft diffuser has “a unique character that has some very soft dispersed light, mixed with some direct ‘detail’ light, making it perfect for portraiture,” he continues, “you can simultaneously achieve a soft Beauty light, with some crisp skin detail which is really interesting.”

The company has used this technology before in its Titan series of studio lights, the latest models of which have the system built-in, but this is the first time it has been available as a detachable unit. The SmartSoft Box unit fits over the face of the AEOS 2 light, just like the regular diffuser dome. It can be controlled remotely via an app.

However it’s not wireless, it does need to be plugged in, unlike my trusty shower curtain that I use for extra diffusion when necessary.

The Rotolight SmartSoft Box will ship from August and will cost $499 and is compatible only with the AEOS 2 light.