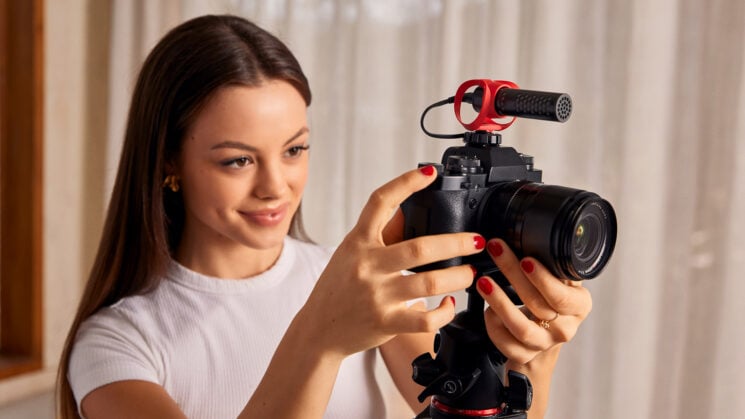 The Rode VideoMicro has been an extremely popular microphone since its introduction way back in 2015. It’s a super low-budget alternative to its higher-end VideoMic series of on-camera microphones. It’s been very popular for a reason, though. Despite its low price tag, it’s a very good microphone compared to its similarly priced competition. Well, now, Rode has announced its successor, the Rode VideoMicro II.

The next-generation update comes with the now-familiar annular line tube design of microphones like the Rode NTG5, VideoMic NTG and VideoMic GO II. Essentially, a tube with an array of round holes in it. Naturally, it’s smaller than the other microphones, but Rode says its annular design with all-new electronics still provides a transparent and natural, full-bodied sound with low self-noise.

Like the original Rode VideoMicro, the VideoMicro II does not contain a built-in power source. Instead, it utilises plug-in power from the camera or other device you’re using. Its new design and electronics provide you with natural rich sound with enhanced sensitivity and lower self-noise than the original. It completes Rode’s current lineup off on-camera mics quite nicely, with each offering varying levels of quality, control and versatility.

At the top, we have the fully-featured Rode VideoMic NTG, which features a built-in battery and an array of controls you can use on-camera or when plugged into a computer or smartphone as a digital USB audio device. In the middle, we’ve got the VideoMic GO II, which offers a similar array of controls when plugged into USB but becomes a standard plug-in power microphone when placed on a camera. And at the bottom, we have the new VideoMicro II, which doesn’t offer any USB connectivity and operates as a standard plug-in power microphone on your camera. 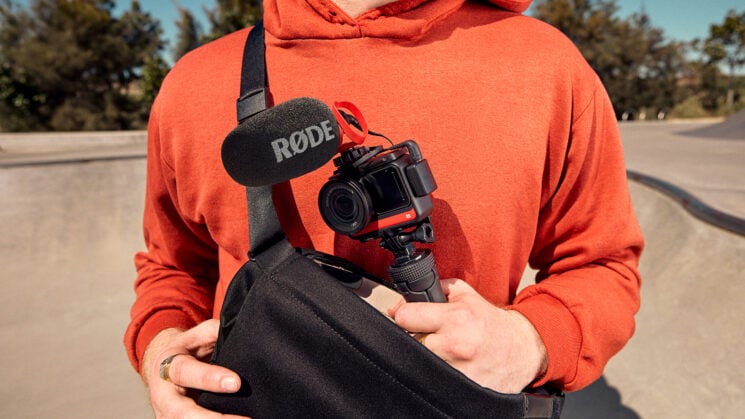 It features a supercardioid pickup pattern to provide highly directional audio capture to help isolate your subject from the surroundings. We’ll have a full review coming to DIYP soon to put this to the test, but I’ve had a quick play with it, and it definitely seems to be improved over the original – as does the overall quality, signal strength to the camera and the self-noise generated by the microphone.

As well as the all-new design of the microphone, there’s a newly designed HELIX isolation mount system. Rode says this new mounting system was designed in-house by the team at Rode specifically for the VideoMicro II. It features a “groundbreaking design expertly crafted to the exact specifications of the microphone” and overcomes many of the issues other mounts have with such small and lightweight microphones. 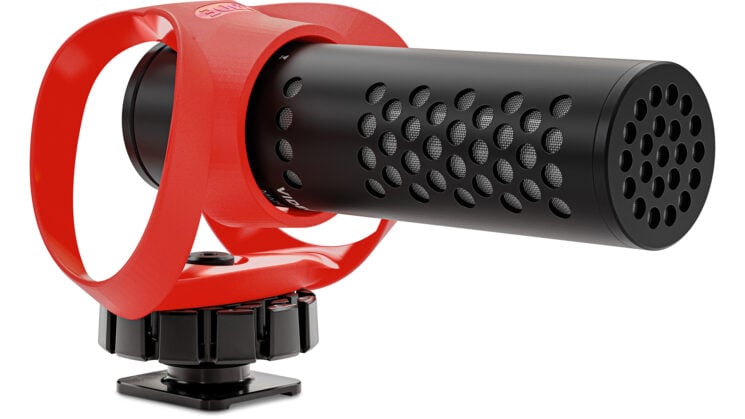 I know one of the problems a lot of people mentioned about the original VideoMicro was just how springy and loose the old shock mount was, occasionally forcing the microphone to actually bounce around so much that the pickup pattern would go off-axis to the subject while vlogging, or it’d just bounce so much it’d hit the limits of the shock mount. No such issues with the new design. So far, in my tests, it provides excellent isolation from handling noise and bumps while holding the microphone quite firmly.

Underneath the HELIX shock mount, you’ve got the standard cold shoe as well as a 3/8-16″ socket for screwing it onto a microphone stand (or a tripod or light stand with a 1/4-20″ to 3/8-16″ thread adapter). On the other end of the microphone, the VideoMicro II comes with both foam and fluffy windshields for the best of both worlds. The fluffy outshines the foam in almost all windy conditions, but at the expense of a slight loss of some frequencies. The foam handles well at lower winds without impacting the frequency range pickup as much. 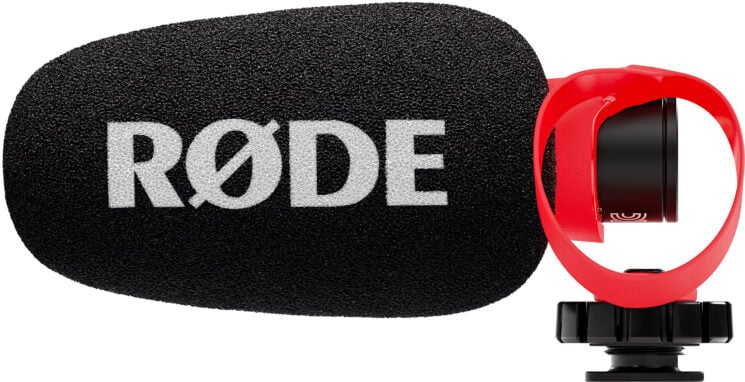 At only 39g, the Rode VideoMicro II is extremely compact and lightweight. It’s actually 3g lighter than the original. Its low weight makes it ideal for use on DSLRs, mirrorless cameras, action cameras and smartphones, especially for vlogging situations where you’re walking around and holding your camera up for long periods at a time. It takes up very minimal space inside your bag, too.

Included with the Rode VideoMicro II itself, you get the newly designed HELIX isolation mount, a 3.5mm TRS to TRS cable for cameras, a 3.5mm TRS to TRRS cable for smartphones and laptops, the foam and fluffy windshield (something that’s an optional extra for both the VideoMic GO II and VideoMic NTG). A fluffy windshield was also included with the original VideoMicro, so it’s nice to see that trend has followed through with its successor! 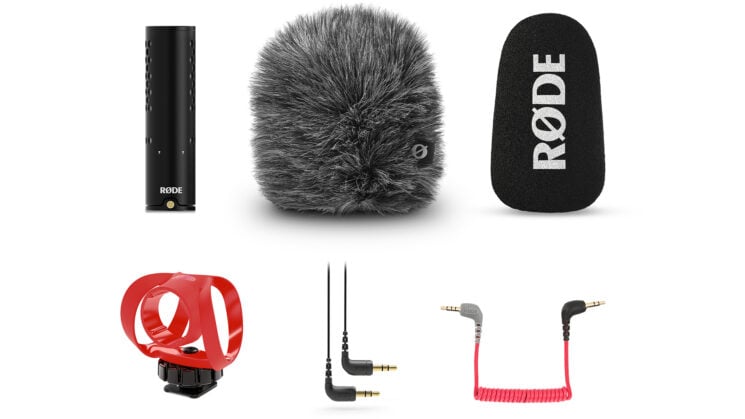 We’ll have a full review of the VideoMicro II, including a side-by-side comparison of all three of Rode’s current on-camera microphones coming to DIYP soon, so be sure to check back for that going live. But for now, I’m going to say that if you were thinking about getting the original VideoMicro and shoot a lot outdoors in potentially windy conditions, then the VideoMicro II is worth looking at instead if you can stretch the budget a little.

If you can’t wait for the full review, though, and just want to go and grab one for yourself, the Rode VideoMicro II is available to buy now for $79 and is shipping right away.