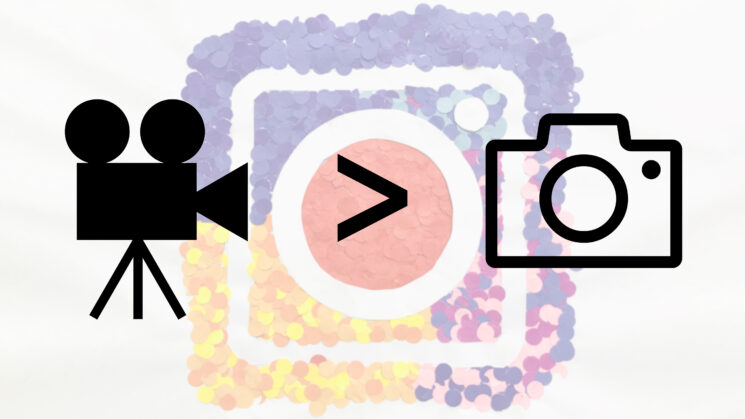 It’s not a secret that Instagram has been prioritizing Reels over photos for quite a while now. I’ve seen many creators and artists switching to TikTok-esque short-form videos, complaining that they feel like they need to do it if they want to keep their reach.

As a recent report shows, it’s not merely a feeling. Social media marketing platform Later did a thorough analysis of Instagram content to compare the reach of traditional posts between 2019 and 2022. As it appears, the reach for traditional posts decreased by 44%! Could Reels be to blame?

Later observed over 81 million traditional Instagram posts, including images, carousels, and videos. They excluded Rees and IGTV, and observed the reach for the observed posts between January 2019 and February 2022. According to the study, the average engagement rate for feed posts in 2019 was 5.16%. “By the end of 2021, this number decreased to 2.88%,” Later writes. What’s more, the downward continues and it’s consistent for all of the traditional feed posts.

*based on data from 81+ million IG feed posts pic.twitter.com/sBYFrz1IHv

So, are Reels to blame? In short: yes, according to Later. The introduction of Reels in August 2020 has affected the downward trend for photos and other traditional posts. But those who have embraced Reels as a part of their strategy, engagement rates have remained consistent, Later claims. Even better, some creators have actually seen positive growth.

If you’re a photographer, I believe you feel that Instagram hates you. I do too. I’m stubbornly posting photos of my embroidery and jewelry rather than shooting Reels. I do have some of those short videos, sure, but I rarely film them. I’m really not into feeding Instagram’s tricky algorithm, but rather expressing myself through what I do well – and that’s arts & crafts paired with photography. Sadly, it looks like I need to play by someone else’s rules if I want my work to be seen. On Instagram, it’s not enough to just be good at what you do.

Take a look at the report on Later blog, and let me know – have you noticed a drop in engagement with your photos on Instagram?