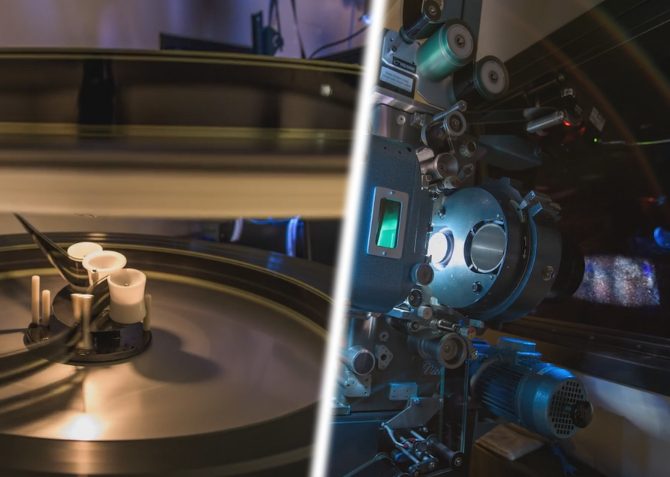 The latest Star Wars movie and Quentin Tarantino’s The Hateful Eight played a major role in the recent comeback of 70mm film and its gorgeous qualities.

Photographer Andrew Walker was a projectionist on the 70mm roadshow for the latter and created this time lapse of the celluloid film being projected, showing the behind-the-scenes experience is just as fascinating as the final product.

“I was lucky enough to be one of the projectionists to work on the 70mm roadshow for “The Hateful Eight” and this is what I captured,” Walker wrote on Vimeo.

Walker doesn’t show the entire process of loading the film and setting it up, but the bit that he does show is enough to give anyone who’s had the pleasure of working with it a warm fuzzy feeling inside. Or not, I know some projectionists who don’t miss film at all… Watching the celluloid filmstrip fly through the projector is another sight sorely missed in the days of digital.

The time lapse was recorded over 15 days and 59 showings of the movie, using a Nikon D810, Kessler TLS system and a Second Shooter.

“The whole thing was quite an experience and it made me appreciate film all over again,” he concluded.

Occasionally I do work as a projectionist. Today is the final run of #thehatefuleight roadshow. Was good to work with #70mm again. Not sure if or when that will ever happen again.

« Fuji Shows the Best Argument Ever For Mirrorless Over DSLR
The Relations Between Curves, Color And Magic »