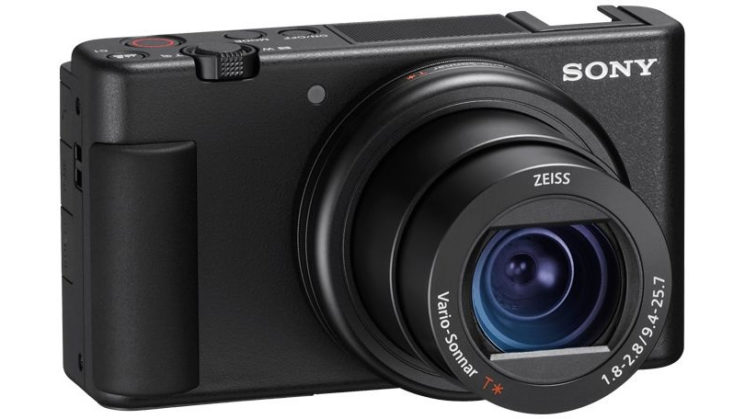 The product photos for the upcoming Sony ZV-1, expected to be announced in just five days, have been leaked online by, not surprisingly, Nokishita. The new images don’t many new clues as to the camera’s capabilities, although they do offer a great view of the overall layout and the sparse button count.

If the flippy out LCD wasn’t a big enough clue, this camera is obviously targeted specifically towards vloggers, with a minimal button count – presumably shifting the majority of controls over to the touchscreen (or the selfie-handle). The huge microphone on top should also be a big clue, and despite having a hotshoe mount it’s likely use will be for microphones rather than speedlights or flash triggers. 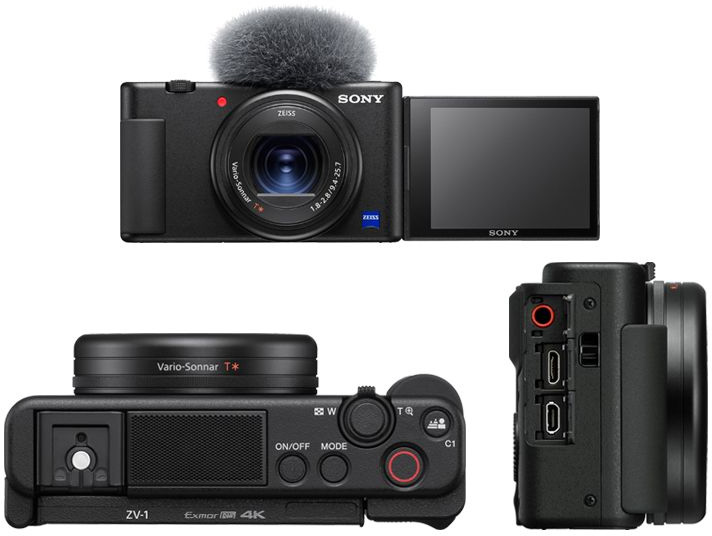 On the positives, it appears to have a 3.5mm socket on the side. Whether this is just a microphone input or a TRRS combination socket supporting both microphone and headphones is unclear. There also appears to be a micro HDMI socket there for sending a camera feed out to a monitor or capture device on your computer.

Disappointingly, however, it looks like the USB connectivity is micro USB and not Type C. While I’m sure the camera wouldn’t benefit all that much from the speed capabilities of the most recent USB standards, the Type-C connection is much stronger and more reliable than micro USB. Plus Type-C cables have now gotten to a point where they actually seem cheaper to acquire than micro USB, despite needing to be replaced less often because they’re not as delicate. 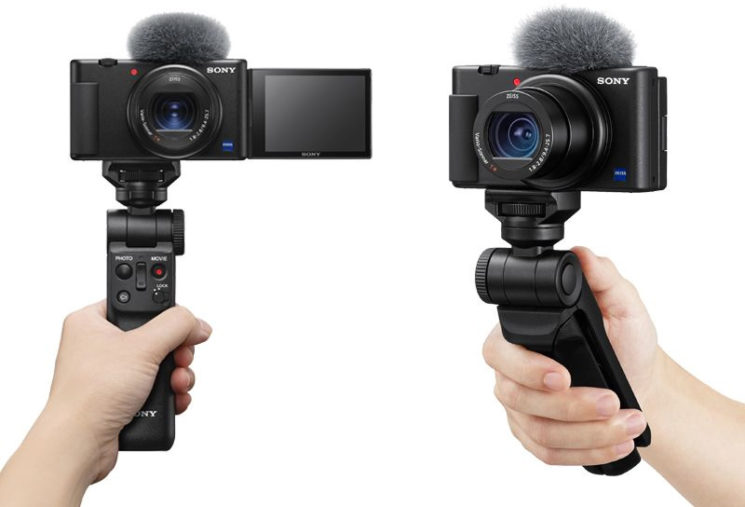 One thing that will upset some people is the position of the tripod screw underneath. While they don’t show an underside view, the images above with the Sony “shooting grip” show exactly where it connects to the underside of the body. The LCD is going to be quite lightweight and probably doesn’t add that much extra, although I think the camera will still feel somewhat slightly imbalanced.

I expect it might also make some camera moves a little more tricky, if you’re trying to orbit around a subject, for example, because everything’s going to be slightly offset. No doubt SmallRig will come along at some point with a cage that shifts the 1/4-20″ socket back where it’s supposed to be.

An official announcement about the Sony ZV-1 is expected on May 26th.