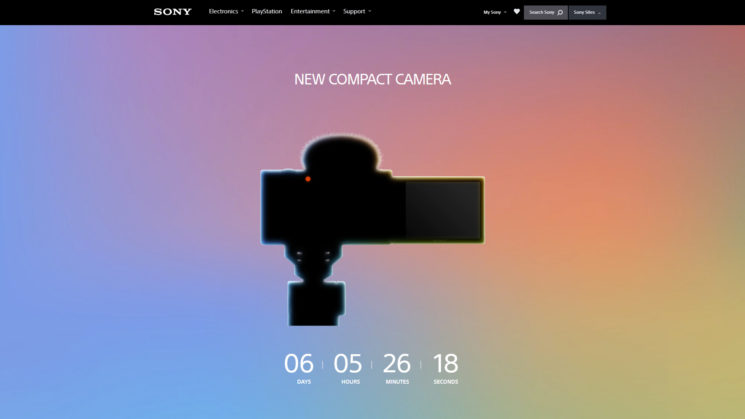 Sony UK is teasing an announcement coming in six days and a few hours. The teaser doesn’t say anything about the camera. There’s no model name, no specs, nothing, just a silhouette and a countdown. Although, that silhouette might look slightly familiar to some.

If you spotted the leaked photos claiming to be the new Sony ZV-1 recently, then it’s pretty obvious that it’s going to be the Sony ZV-1 announcement. Sony’s new compact, which appears to essentially be an RX100 VII successor (but with a shorter focal length range) aimed at vloggers.

The teaser silhouette overlaid with the previously leaked image.

Aside from the obvious silhouette clue, the camera was rumoured to be getting announced on May 26th, so the timeline matches up, too. While there is nothing official with regard to specs, it’s expected to have a 20-megapixel 1″ sensor, Eye AF and all the other usual AF features, a 24-70mm full-frame equivalent field of view lens, and a new one for Sony, it has a flippy out LCD.

The one thing we’re all curious to know about the upcoming Sony ZV-1 is the price. If it follows the RX100 series pricing trend of the last couple of bodies, it might just outprice itself from its target customer.

I guess we’ll find out in a little under a week.

How much do you expect it to cost?