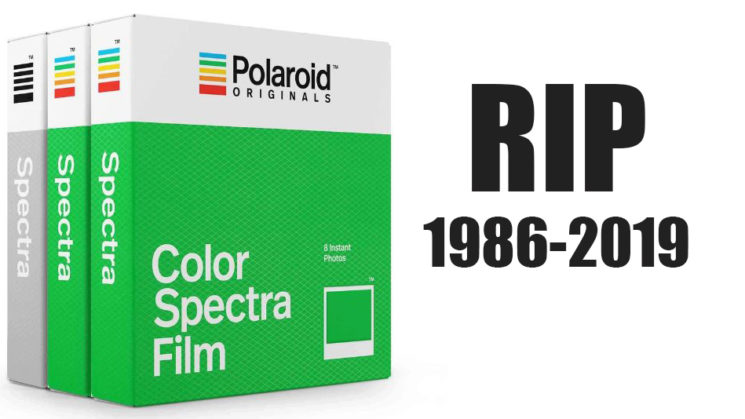 After 33 years, Polaroid Spectra film is about to be discontinued. Polaroid Originals has just announced that it will no longer produce it, and if you want to stock up, the final batch is now on sale. After the last batch is sold out, you will no longer be able to buy Spectra film, neither color nor black and white.

Spectra cameras have been around since 1986, and according to Polaroid Originals CEO Oskar Smolokowski, they’re now coming to the end of their useful lives. “Jamming and frequent breakdowns are now affecting the majority of these cameras, and unfortunately, this is not something we can influence with our film,” he explains in the official announcement.

Smolokowski writes that the Polaroid Originals team has conducted extensive tests which led to the conclusion that the company just can’t support Spectra cameras any longer. Andrew Billen, the company’s Head of Global Manufacturing, explains what was included in this 6-month long testing:

“We optimized the dimensions and deflection angle of the ejecting film, reduced the pod weight, and lowered the mask friction through different coatings. We also carried out multiple battery tests with different voltages and currents from different suppliers.”

According to the results, the fault is completely random. “It depends on many variables with each pack of film and the configuration of the camera circuitry,” Billen writes adding that “there’s, unfortunately, no simple fix.”

If you own a Spectra camera that’s fully working and you’d love to stock up, as I mentioned, there’s still chance. The last batch is sold through the Polaroid Originals website, so you can order a few packs before it’s all gone. You can also get it through B&H or Amazon while it’s still in stock.