Brighton based photographer and product design undergrad Maxim Grew probably ate way to many Popsicle and had a few too many visits to the doctor. With the resulting Popsicle sticks and Tongue depressors he built a working Polaroid camera. 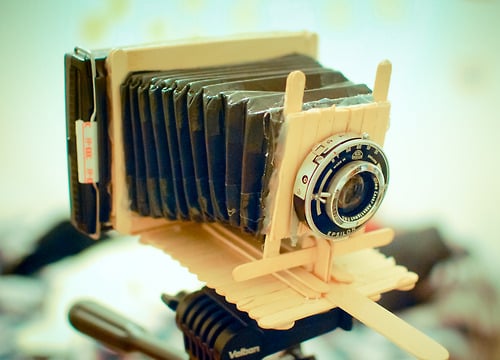 Maxim used a few off the shelf components like a lens, a Polaroid film holder and some Fuji-FP 100C, but the body and bellows of the camera are 100% lollipop sticks and cardboard. Amazingly enough – the camera works perfectly.

Hit the jump for Maxim’s movie showing how the camera was build, and for a  sample photo.

Here is how Maxim describes the project:

“So thought I would give building a camera out of lollipop sticks a go, Went well! The back is a Polaroid film holder for type 100 film so I used some Fuji-FP 100C I had lying about (which is an amazing film please go buy some now so they keep making it!) the bellows are just thick card and duct tape and the lens is off one of those old folding cameras you see loads in charity shops etc. They are normally really cheap and the lenses are in shutters which makes them perfect for trying to make cameras and playing about with…”#

And here is a sample image 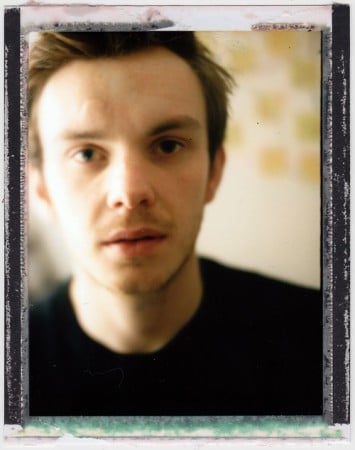 P.S. if you like both Polaroid and wood, you may wanna check the Twin Lens Reflex Polaroid (and its recent Kickstarter campaign – Duo)

« Every Ramp Agent Is Really An Angel In Disguise
Is That A Lighting Kit In Your Trunk, Or Are You Just Happy To See Me? »