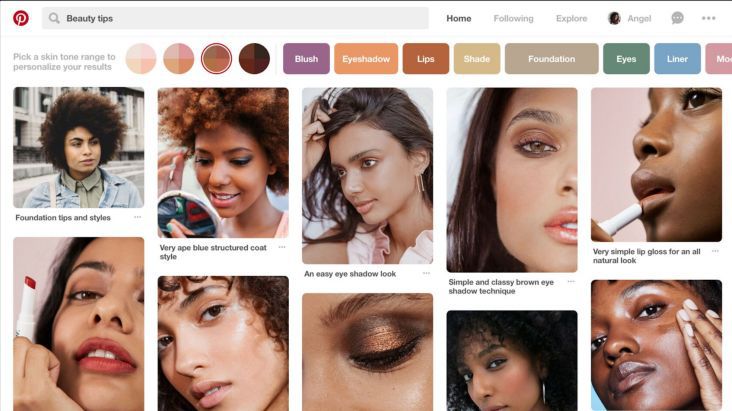 Pinterest has just rolled out a new, AI-powered feature that lets you browse through beauty images by skin tone ranges. Visiting Pinterest is one of the handy ways to get inspired, so this new feature might be useful for beauty, portrait and fashion photographers looking for some creativity boost.

According to a post from Pinterest, it was quite a challenge to detect a skin tone in an image. Lighting, shadows, blurriness, how prominent the face is: all this and many other factors affect the appearance of skin tone in a photo. So, they used machine learning to detect and filter different skin tones. They used a face AI library from ModiFace , a company specializing in AR and machine learning for beauty applications. Then they corrected some mistakes through repeated testing, considering that sometimes the algorithm would mistake fair skin for dark if it’s in a dark shadow.

Pinterest points out that the platform won’t store your searches to build a profile for you or to target ads. They claim that they also don’t attempt to predict a user’s personal information, such as ethnicity.

The new feature is now rolled out in beta, and Pinterest writes that the will focus on “improving the accuracy of results and bringing the experience to more platforms.” They admit it’s not always perfect, but that “feedback from Pinners has been encouraging so far.” Hey, as long as it doesn’t mix up dunes for nudes, I think a mistake here and there can be tolerated. : )