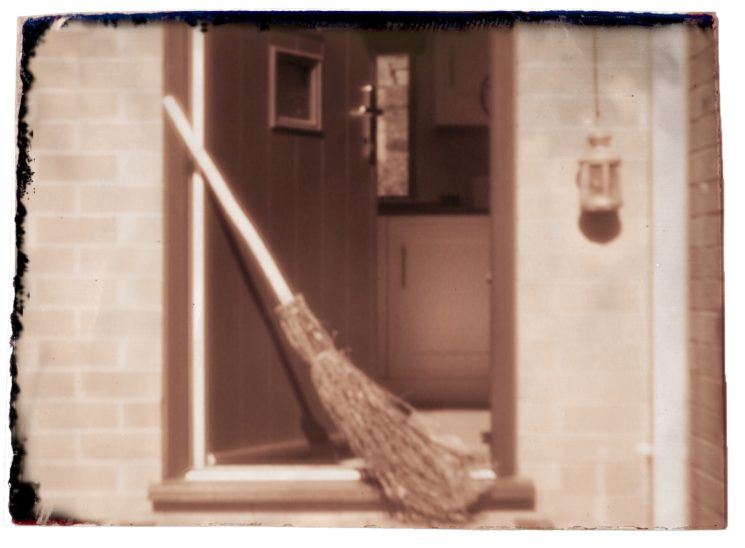 Last Sunday (30th April) was ‘World Pinhole Day’. So I decided early on that my photo story this week would be about pinhole photography.

Initially, I’d planned to take and show some pinhole photographs. But as I played with the idea, I realised that the more interesting story was about the making of the pinhole camera.

So think of this as a DIY Photography story.

Sadly, connoisseurs of pinhole photography are about to go apoplectic.

Rather than build a film camera, I decided to use my digital camera and convert it into a pinhole camera.

Step 1: Get your materials together

(Left) Start with a lens body cap and drill a small hole in the centre. I bought mine pre-drilled on eBay. This can’t be used as the pin hole for the camera: the hole is too big. You now need to cut a small square of aluminium foil or a piece of aluminium can. You’ll use this to create the actual pinhole.

My wife had some very fine needles that were perfect for creating the pinhole.

You can create a pinhole ‘screwdriver’ by sticking one end of the needle into a pencil eraser.

Twisting the needle ‘screwdriver’ creates a reasonably round hole.

(Left) I used loads of gaffer tape to hold the pinhole in place on the lens body cap. I decided against fixing the pinhole to the inside of the body cap as I didn’t want to risk threads of gaffer tape falling off and sticking to my sensor. (Right) The hardest thing about the whole procedure is centring the foil pinhole over the lens body cap hole. If you don’t centre it, you end up with a lot of vignetting. 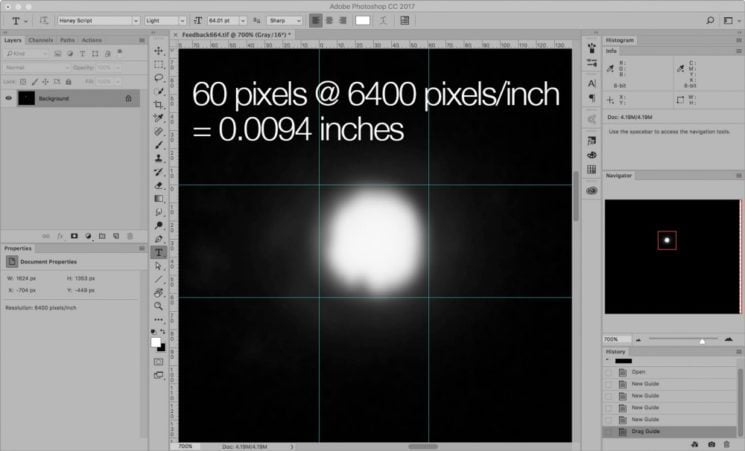 I checked the size of the pinhole by scanning the cap and measuring the dimensions in Photoshop. I calculated the effective aperture as f/134. Take that Ansel Adams.

This is easy. Just put the body cap on the camera and voilà! 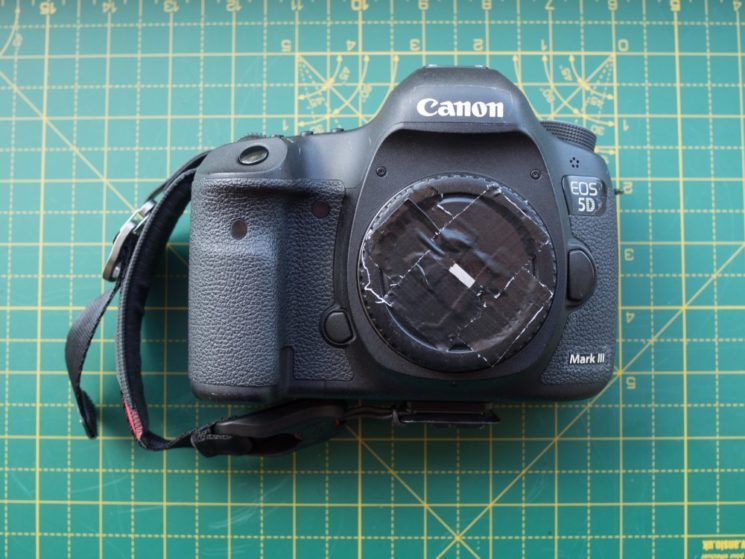 A sight that only a photographer could love.

Now for the fun bit. 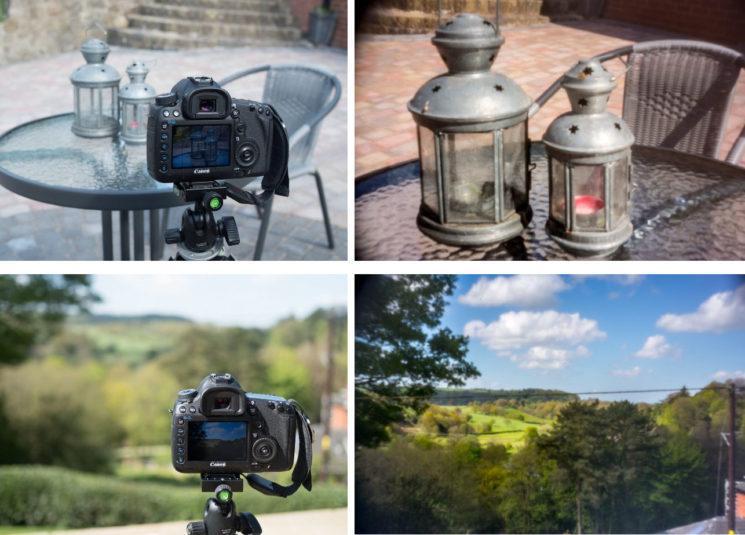 The images on the left show the set-up shot. With the body cap attached, you can’t see anything through the viewfinder. So to compose your shot, you need to use Live View (or you could just point and guess). The right hand images show what came out of the camera, with a little post-processing to boost the contrast. Quite astonishing, given there’s no lens.

Here are some images I took using this set up. I discovered that the best pinhole images need really bright days with lots of hard shadow. One advantage of using a digital camera is you can boost the ISO sensitivity and hand hold the camera (not really possible with film pinhole photography). 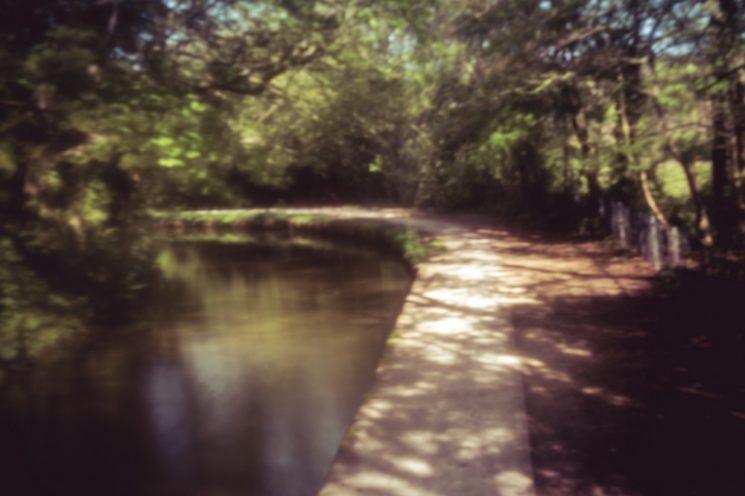 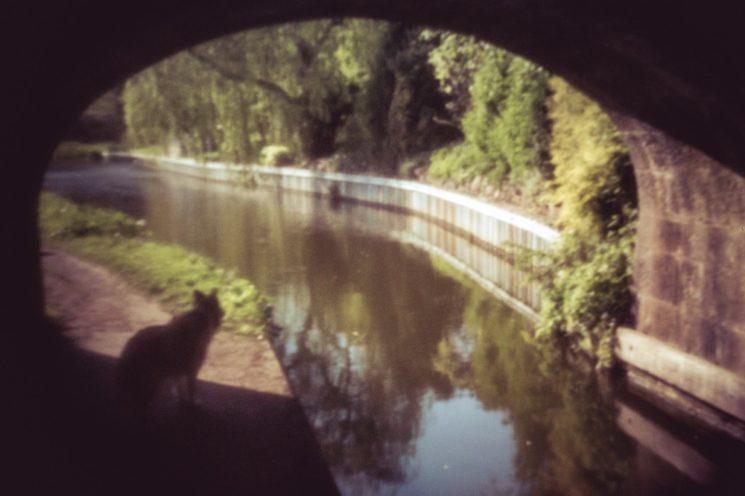 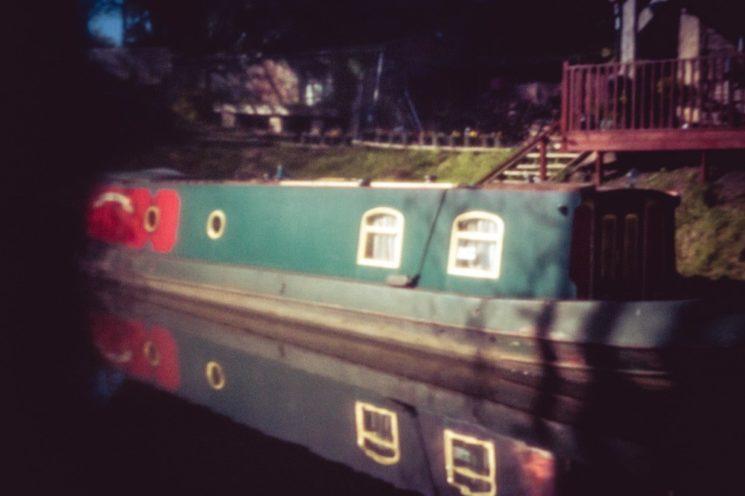 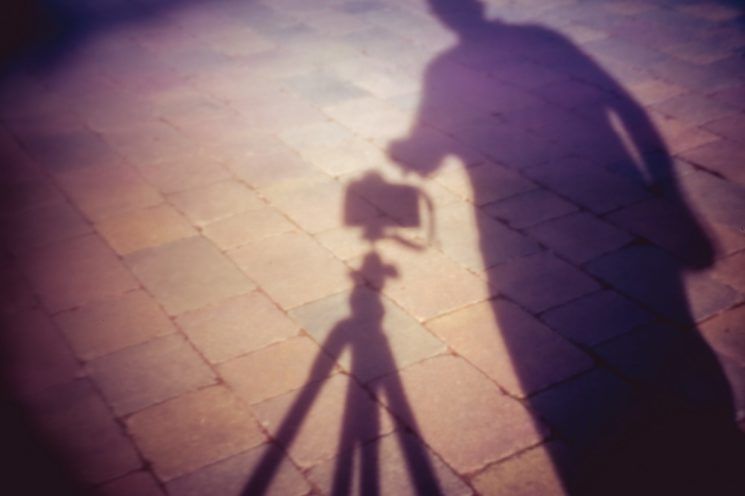 Obligatory artistic shot of a shadow. 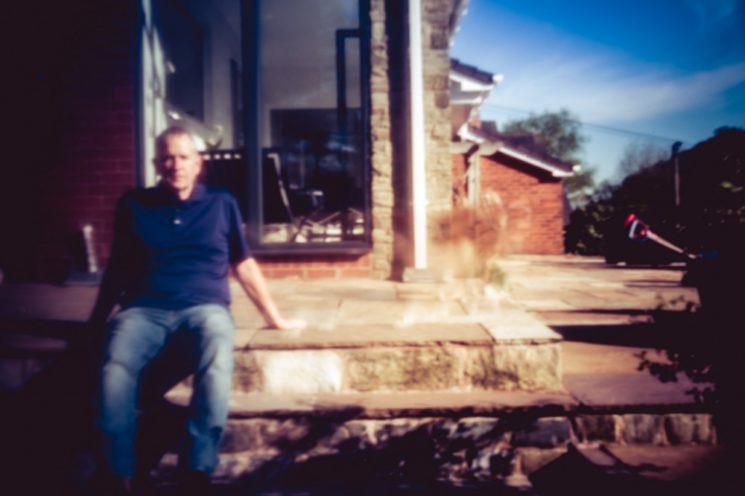 The odd blur in the centre of the frame is my dog who moved around during the 4sec exposure. 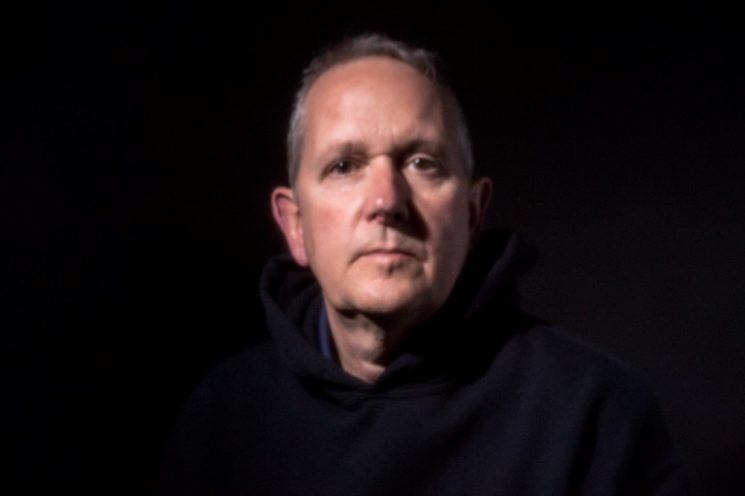 Self portrait with pinhole camera. This was taken with a flash at a high ISO setting (ISO 3200). I put the camera on a 4sec exposure and then triggered my flash remotely for this portrait.

The image below left is a photograph (‘The Open Door’) taken by the inventor of photography, Henry Fox Talbot. (Unless you’re French, in which case you mistakenly think Louis Daguerre invented photography).

I thought it would be fun to recreate Talbot’s image with the pinhole. My attempt is on the right (there’s a larger version at the top of this article).

David Travis is a portrait and editorial photographer based in Staffordshire, UK.  In 2017, he publishes a photo story each week, and you can check out the project here. For more of his work, visit his website, follow him on Instagram and 500px, and like his Facebook page. This article was also published here and shared with permission.

The Pinhole Pro is the world’s first multi aperture pinhole lens designed for DSLRs
« RAW vs JPEG – The Only Guide You Will Ever Need
Do you appreciate your makeup artist enough? »