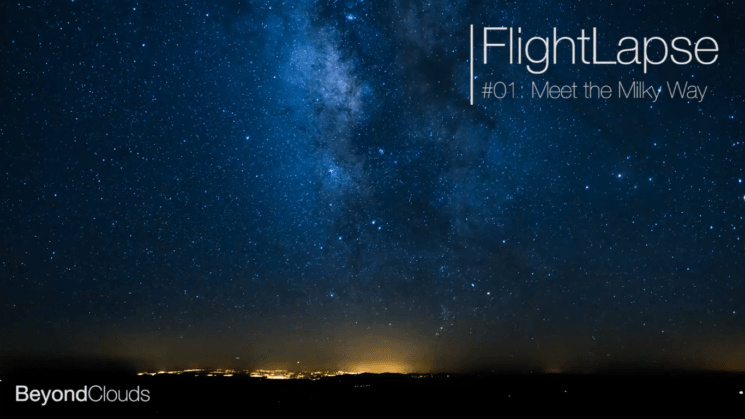 Whether you enjoy timelapse videos or astrophotography (or both), you are likely to enjoy this timelapse shot from an airplane cockpit.

A pilot named Sales Wick created this timelapse on a long haul flight from Zurich, Switzerland to Sao Paulo, Brazil. With a long night ahead of him, on high altitude, he shot the bright night sky uncorrupted by light pollution or clouds. Shot between two continents, from a cockpit, on a clear night – this is definitely a unique view of the night sky.

With a long night ahead of him, Sales took his gear and shot the timelapse of the Milky Way. He used a Sony A7s with 35mm f/1.4 lens.

Sales didn’t only capture the Milky Way. He was lucky enough that it was one of the August nights with countless shooting stars, and they make this timelapse even more amazing. With other airplanes in the scene, and some flying through the clouds, at certain moments I felt like I was in a Star Wars movie. And when you make a viewer feel like they’re flying around the Galaxy, it means you did a good job.

Other than being a pilot, Sales is very serious about photography and filmmaking. He co-owns a company called Sky Production, a small film agency based in Switzerland. If you’d like to see more of his work, he shares it on Instagram and Facebook, so you can take a look.

How I photographed Goetheanum in Switzerland, a masterpiece of modern architecture