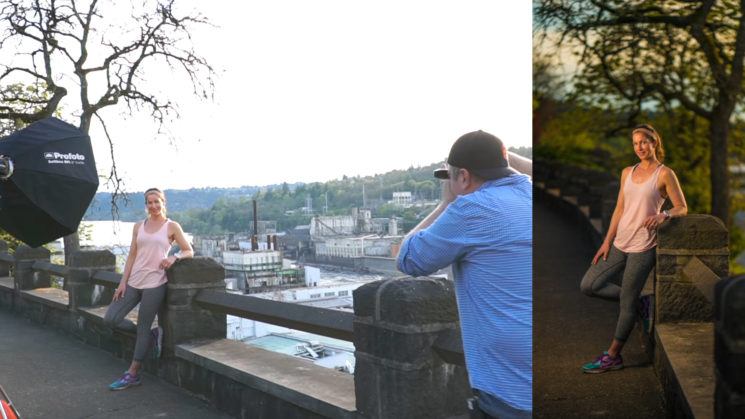 Trying to overpower the sun seems to have become a popular thing again lately. The go-to technique for these results is a fast shutter speed and high speed sync. But the limited power available in speedlights often falls a little short. Now, with more powerful HSS-capable strobes on the market, like the Godox AD360II and AD600BM, it’s become a more common look.

This look has been available for a long time, though, with the use of neutral density. These would allow you to shoot wide apertures in the daytime while keeping your shutter speed below the flash sync. In this video from photographer Levy Moroshan of sector5films we see how that technique works. Balancing the bright daylight with the flash, to make our subjects stand out with a shallow depth of field.

While there are HSS capable strobes now, this is still a solid technique that’ll work with any camera and flash system. It lets you bring the environment under control at wide apertures while keeping your shutter below sync speed. This lets you get the most out of your flash’s power.

Levy is using a 6 stop ND filter in this video to achieve this. And his first shot is to get an ambient exposure without any flash. This lets him see how the natural light falls on his subject and how the background environment looks. 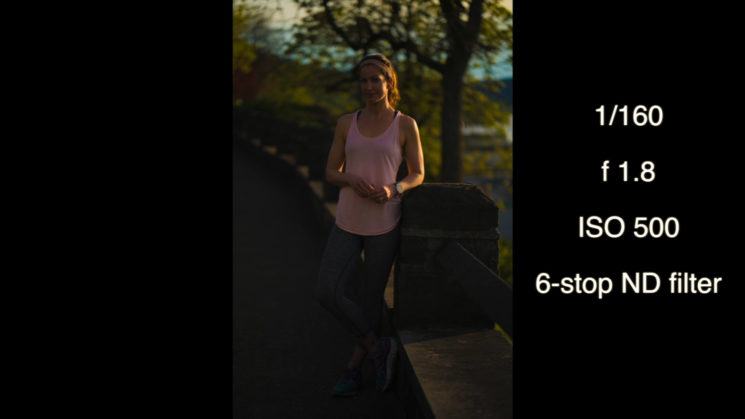 As you can see, it’s pretty dark. But any brighter and you’d lose colour and blow out the sun rim lighting the subject’s arm, face and hair. If Levy wasn’t using flash here, or was using strobes capable of high speed sync, he could dispense with the 6 stop ND filter. Keeping the aperture the same, 1/4000 at ISO200 would give the same result.

The next step is to bring in the flash. Using the neutral density filter, you don’t need to worry about high seed sync capabilities. Levy is using a 640Ws Paul C. Buff Einstein light, but this would work with anything that has enough power. He starts at a quarter power and takes a test shot. 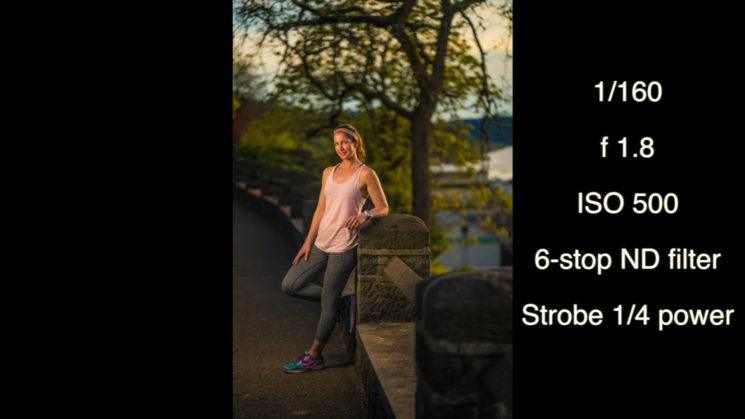 And it looks pretty good right out of the gate. If the subject had been underexposed, simply dial up the flash power a little more. If she’d been overexposed, knock it down. It’s really that simple. 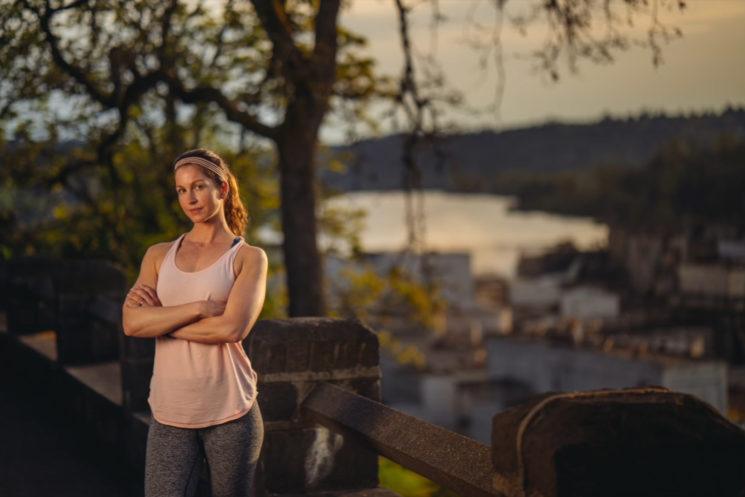 Until fairly recently, the neutral density technique has come with a few drawbacks. You might have to carry several filters with you. You’d need to swap out depending on how the light changes throughout the day. In some locations, switching filters in the middle of a session might not even be possible. The optical viewfinder of a DSLR, also doesn’t make it that easy to see and focus through with 5 or 6 stops of ND over your lens.

Variable ND filters solve two of these problems. You just keep one filter over your lens the entire time and simply rotate the dial to adjust intensity.  The third is solved by electronics. You can set Live view in most DSLRs to automatically expose the scene, even if you shoot manual. This lets you see what the sensor sees, even if your eyes can’t see through the viewfinder. Mirrorless cameras with electronic viewfinders also offer this ability. These advances allow you to cut right through the neutral density to compose and focus your shot.

How to balance your strobes with ambient light on location