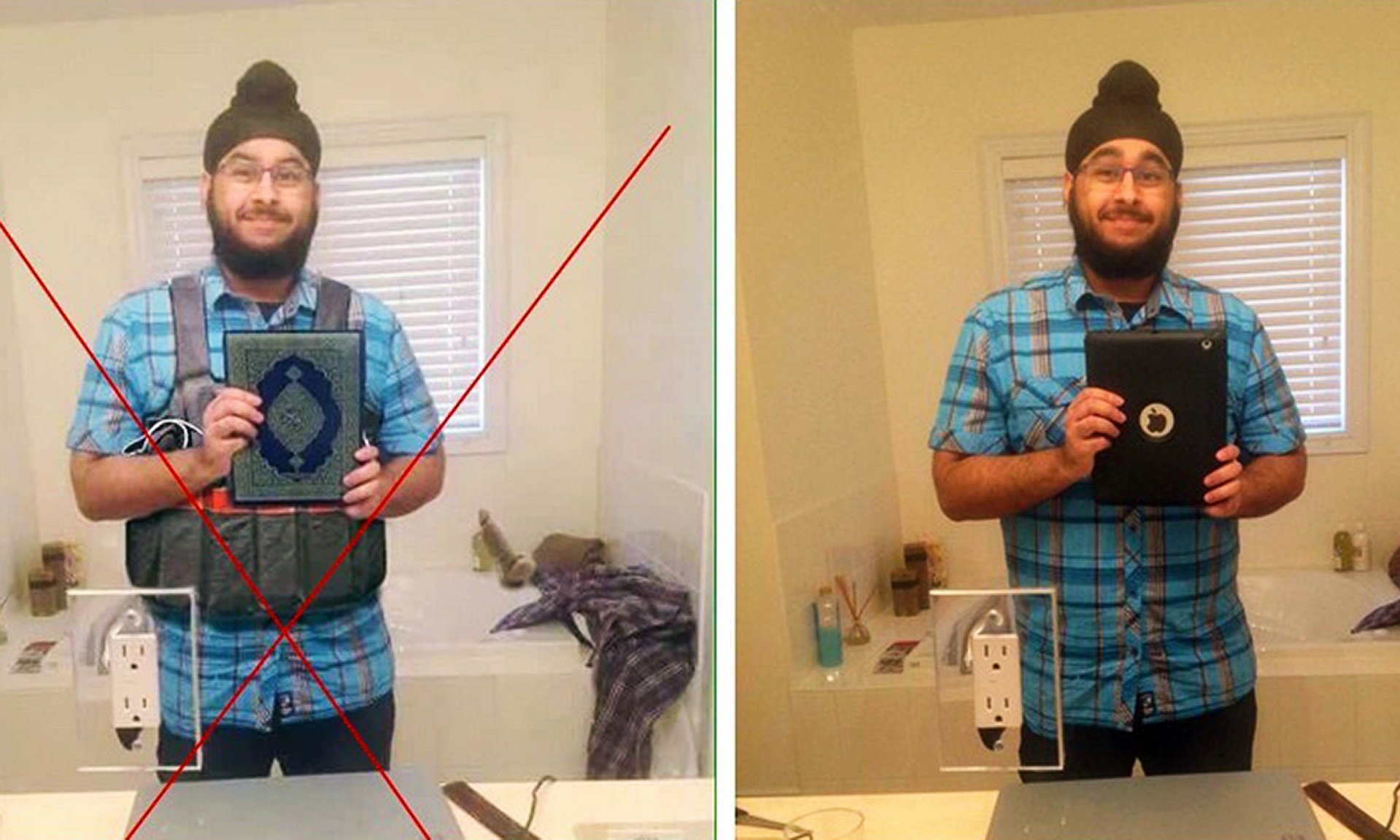 The internet and Photoshop are both amazing tools that have facilitated endless amounts of good deeds.

But as a Canadian Sikh by the name of Veerender Jubbal recently found out, they aren’t always used with the best intentions in mind.

A selfie Jubal posted online several months ago was photoshopped to make him look like a terrorist and was spread online presenting him as one of the terrorists responsible for the murderous Paris attacks.

Clearly a fake, the photo still went viral and was printed and shared by European news outlets.

The Guardian reports that La Razón, a Madrid based newspaper and one of the biggest in Spain, printed Jubbal’s photo and captioned it “one of the terrorists”.

For whatever reason, the newspaper’s editors failed to notice a couple of dead giveaways that the photo is a fake. Firstly, the electric sockets are obviously North American. I wouldn’t necessarily expect the editors to know where the sockets are used, but they definitely should have noticed that those aren’t the same sockets used in Europe.

Then there’s also the rest of the Photoshop work, namely turning the iPad into a Quran and adding the suicide vest, that some might say could offer signs of foul play upon close inspection.

La Razón apologized yesterday afternoon for the mistake, but that was after Jubbal’s photos was printed along with the following text: “One of the terrorists may have entered Greece along with Syrian refugees. The unidentified attackers were between 15 and 18 years and acted in three teams”.

Jubbal noticed the photo already on Saturday and tweeted about it:

People are editing, and photoshopping my selfies as if I am one of the people causing the issues/problems in Paris.

The following day he continued to tweet about it, as the photo went viral. In one of his tweets Jubbal clarified that he’d never been to Paris and that he’s “a Sikh dude with a turban”, not a Muslim:

Has spread to the point, where many people have had to tweet about the photos being photoshopped..

Any support/nice messages are welcome.

You can all check the last retweets.

Let us start with basics.

Never been to Paris.

Am a Sikh dude with a turban.

Learn the difference between me being a Sikh, and a Muslim.

Cry in mug, while I use your tears to water my garden.

I am valuable, and rad.

The manipulated photo was even shared on what BuzzFeed calls “one of the largest – though unofficial – pro-ISIS channels on Telegram”. This is the same app ISIS used to claim responsibility for the Paris attacks. 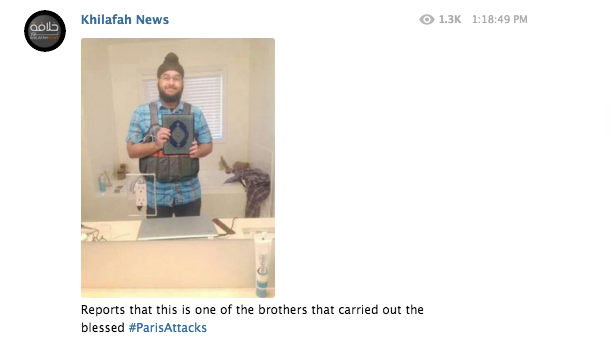 Joining the Spanish newspaper was the Italian Sky TG24 television channel that tweeted the manipulated photo to its almost 2 million followers. It also aired the photo in a news segment that appeared on the channel’s website.

I hope everyone has caught up with what is going on with me.

I went viral due to a photoshopped image claiming I am a terrorist.

Unsurprisingly, Jubbal said he is considering legal action against the media publications that shared the fake photo:

Well, just got a phone call from a cousin in India, and they know about it; and saw the whole thing in India Times.

This whole thing puts me in a bad position in the sense, where I could be harmed and/or hurt due to this.

This is libel from news, and TV.

It is not known for a fact who is behind the manipulated photo and while Jubbal suspects it was the online Gamergate movement, the damage is already done:

In gauging this entire incident–millions upon millions of people have seen the photoshopped images, and have placed me as a terrorist.

« Police Detectives Mistake Camera-Stabilizing Rig For A Drone; Warn Crew Not To Fly It
Ilford’s New Inkjet Photo Papers Are Designed to Bring Back the Look and Feel of Analogue Prints »