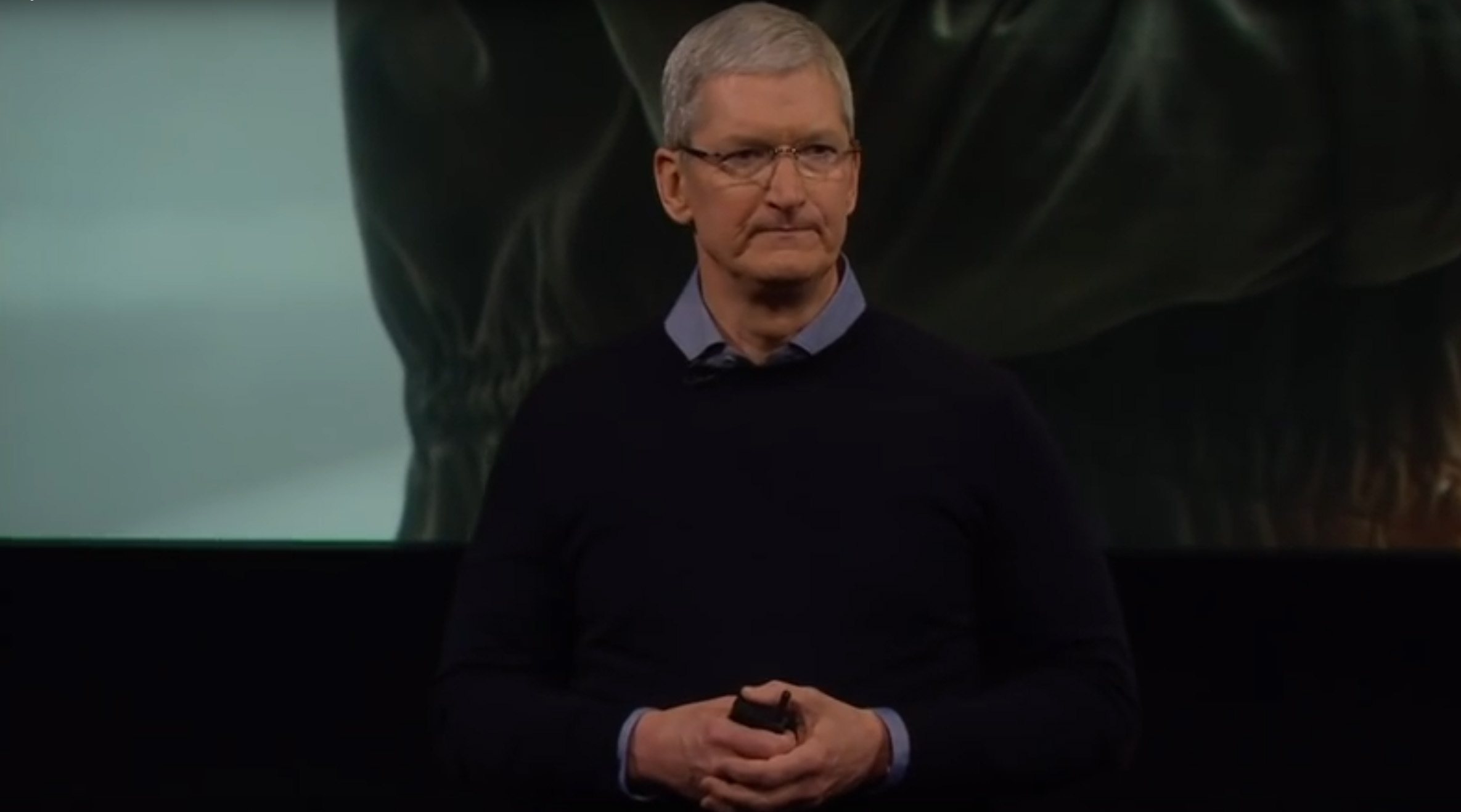 While we are covering photokina 2016,  looks like Pratik Naik has got some scoops which may or may not be true.

In a shocking move that came unexpected to the industry, former Apple CEO has agreed to join Adobe this morning at Photokina.

The move startled tech insiders. “It made sense to no one,” one senior analyst reported with an utterly confused look. Fittingly in Apple fashion, an ever growing lackluster keynote followed on the Adobe stage at Photokina.

Initial reports clarified his position would specifically be to innovate Photoshop. It started very bizarre, with an announcement of a special Mario edition, followed by a performance by Lady Gaga juggling a 6 foot Wacom stylus in Cirque Du Soleil fashion.

The lights dimmed as the afternoon progressed and Tim rose from the middle of the stage through a haze of mist and just glared at the audience as they clapped for 10 full uninterrupted minutes while chanting “innovation!” and “courage!” over and over again.
“I realized our vision at Apple was so great, that we couldn’t stop there. We had to spread our strategies to the other companies.”

The keynote earlier this afternoon brought forward plans Cook had for Photoshop in particular. 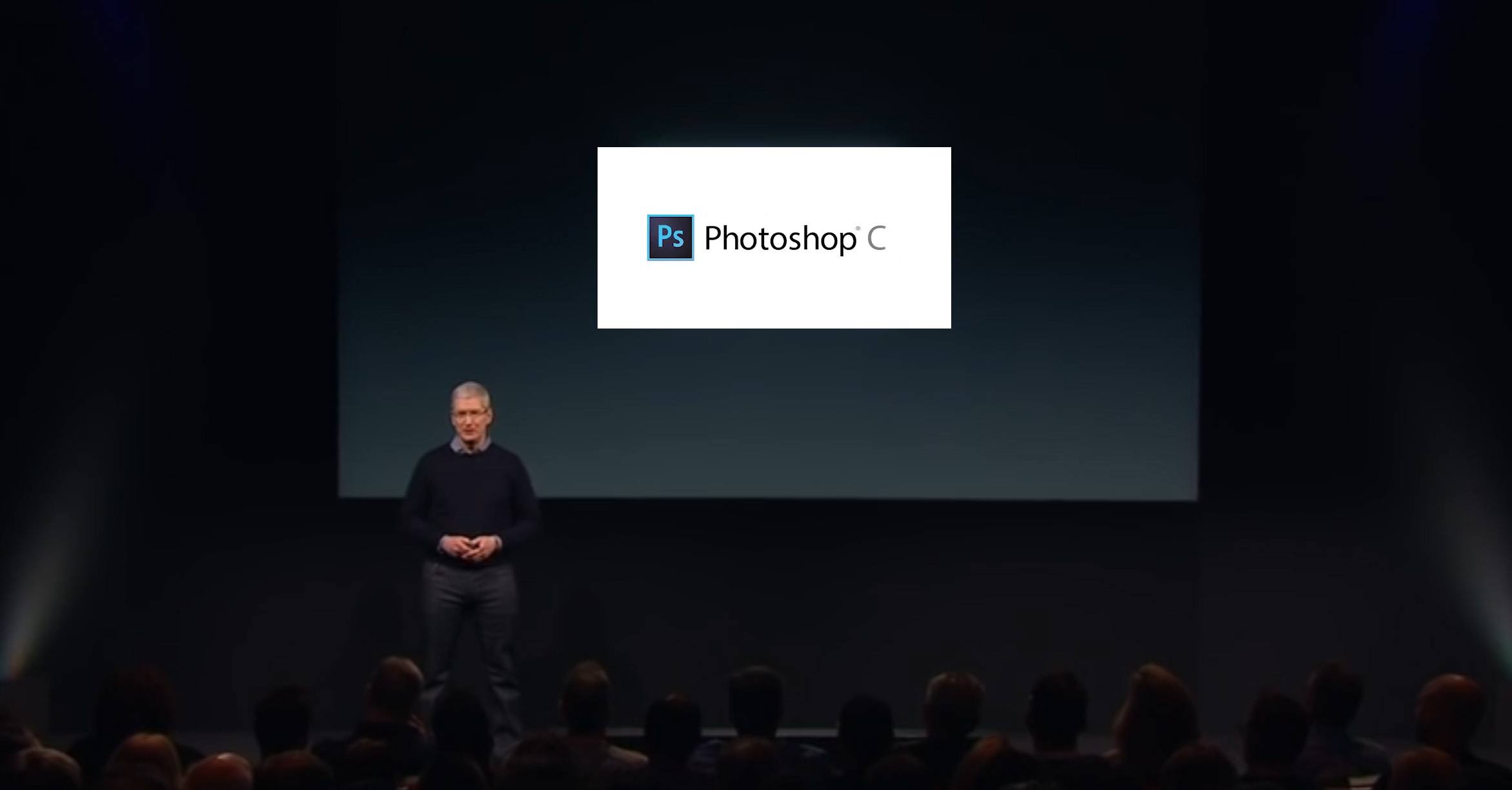 You could already hear the footsteps of people running to wait in line for the release, which was strange, considering you just need to download it.

A logo appeared on the screen. The C now stood for Photoshop Cook. Tim’s pride and joy.

“Next, we’re getting rid of the healing brush!”

“Because screw you” he muttered under his breath.

“Our vision is minimalism. Instead of the brush tool, clone stamp, patch tool, spot healing brush, and healing brush, we’ve simplified it into one collective brush tool. Introducing, Brush by Dre. A new tool that does it all, but less effectively.”

Responses on the Internet came in faster than your friends posts about Brangelina’s breakup, “I always thought I liked the healing brush, but Cook really tells you what you should actually like. Life is easier this way.”

Another response came in with unwavering support, “I thought I needed it last year, but it makes sense to get rid of it. Innovation and courage is always about removing things you thought you needed. Does anyone even remember the CD and Floppy Disk? We don’t wish for those anymore do we?”

The presentation concluded and we soon realized we weren’t really getting anything else this year. Removing things is the new way to upgrade.

As the keynote ended and the lights began to dim, the camera panned to a holographic Steve Jobs in the far corner of the building looking thoroughly displeased.

Ways to gauge if this post is actually real:

If the answer to any of these questions is yes, this is probably a fake news post designed to make you smile.

Pratik Naik is a high end retoucher, photographer, and retouching teacher under his Solstice Retouch brand, he also runs the succesful retouchist blog.  You can catch Pratik on social media on his Instagram, tumblr, twitter and facebook. This article was also published here and shared with permission

How to properly use the healing brush tool and why it needs a hard edge
« GoPro’s HERO5 has a touch screen, built in waterproofing and voice control
Hands on with the GoPro Hero5 Black  »