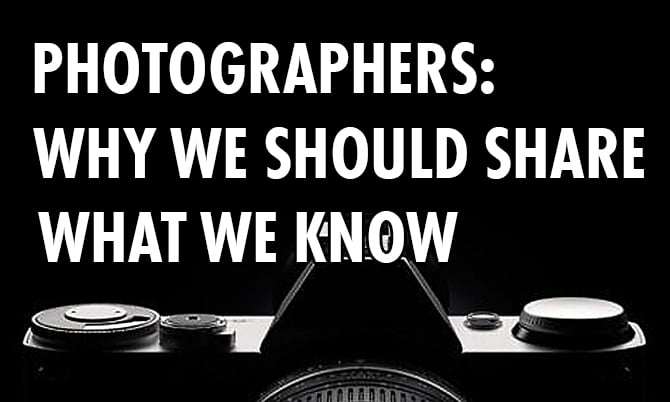 I think I feel a bit of a rant coming on.

First a little background. Something you should know about me. One of the many reasons I decided to leave the practice of law almost ten years ago was the constant adversarial nature of the beast. I thrived on it in the courtroom, but the daily incessant back-and-forth bickering was just making me miserable. Of course there were exceptions, but not enough of them to sustain my collaborative spirit. My initial reaction when I switched to full-time professional photography had me excited in a way I hadn’t been in years. I was fortunate enough to meet and get to know some truly amazing photographers– generous, creative, collaborative people who were willing to throw open the vault and share so much of themselves. The breath of fresh air was as amazing as it was refreshing. To a certain extent, however, it was also fleeting.

Let’s take a look at three photographers almost all of us know.

In what seems like another photographic lifetime ago, I spent about five years working for one of the biggest school photography companies in North America. Say what you will about the assembly line nature of school photography, but since I was working with seniors and athletes, I was encouraged and given the space to do some really creative work. I look back on that job (mostly) fondly for two reasons. First, I learned a lot– especially about lighting. Second, I was working with some pretty talented photographers. At times it was a very creative, collaborative environment. Still, though, there was always that one guy who would never share anything. No advice. No tips. No ideas. I can actually remember him stopping himself in mid-thought one time, refusing to complete the sentence, “I have this great idea for a shot where…”

I was half tempted to try the Heimlich maneuver on him, forcing him to cough up this supposedly great idea for all to hear.

I had a shoot scheduled last week that required a fairly specific type of location. One of my usual spots would have been perfect, but while scouting the week before I learned that public access was no longer possible. I got in touch with another local photographer whose online portfolio included several images taken at a location that would have worked well with my vision for this shoot. When I asked her if she could tell me where she’d taken those shots, her immediate reply was, “Absolutely not.” Our paths had crossed several times in the past and had always been friendly, so I was quite surprised by her response.

So much for throwing open the vault.

The Photographer Who Takes Photo Walks Way Too Seriously

I’m not usually a fan of those big group photo walks. If I go, it’s more about seeing my friends and hanging out with other photographers than it is about getting great shots. Some people, though, are there strictly for the photography, and I’m totally cool with that. What I’m not cool with, though, are those photographers who get frustrated and pissed off that too many photographers are taking the same photos they are, from the same angles and locations. What did you think was going to happen when you ventured out with 30 other photographers? Did you think nobody else was going to notice the way the light was falling or the shadows it was creating? Were you under the mistaken impression that you were the only creative shooter in the bunch? I actually once saw a fight break out over this.

Who Are These People and Where Do They Come From?

All three of these photographers have a few things in common. What those things are, exactly, is up for debate. Do they lack self-confidence, thinking that someone else can and will do it better if they make the mistake of sharing ideas or locations? Or is it the other way around– working under the assumption that sharing ideas and locations will dilute their creativity? Maybe they just like knowing stuff the rest of us don’t. At first I thought this phenomenon was limited only to professional photographers. That, at least, might make some sense. After all, people do get a little crazy when they think money is on the line. But I’ve found these attitudes to be fairly widespread among the amateur/hobbyist/enthusiast communities as well. Some guy with a camera once approached me in a major public park and told me– TOLD ME– I had to move because…wait for it… I was in “his spot.”

I laughed. I laughed hard. I laughed loud. There may have been tears, but I can’t remember.

As it turns out he was quite serious. I thought about challenging his assumption, but I’d already gotten my shot, and arguing with stupid people– especially in public– is never a good idea.

Why It Shouldn’t Matter

All of the photographers I’ve described here were afraid of something. My former colleague truly was afraid that one of us would run right out and steal his idea. The location collector was afraid of losing what she thought to be part of her signature. I’m still not entirely sure what the photo walk guy was afraid of, but he certainly didn’t make any friends that day. We all know these people.  You may even BE these people.

But here’s why it shouldn’t matter.

Virtually everything we do as photographers is subjective. Everything from lens choice and composition, to camera settings and post production. If you stop to think about it rationally, you and I could stand in the exact same spot, photographing the exact same thing, with dramatically different results. The icing on the cake is that we both walk away happy with our images.

If you’re going to let the fact that someone else had or has a similar idea, then why bother photographing anything that anyone has ever photographed before you? I just got back from the Grand Canyon. At 277 miles long, 10 miles across, and 1 mile deep, it is truly the most magnificent hole in the ground I’ve ever seen. On the other hand, you get out of the car and it looks exactly like every picture of it you’ve ever seen. It doesn’t change, so why bother shooting it at all? Why waste time with portraits in abandoned warehouses or photo walks where we’re all pointing our cameras at the same thing?

Because we’re creative, passionate, and somewhere deep inside we are constantly striving to create something unique. Now go back and read that last sentence again. It sound like I’m making the case for the other side, right? That just goes to show you how thin a line separates an open, sharing attitude from a needlessly paranoid one. I get that we work in a competitive field and that there are more photographers than ever trying to make a living at it. From that perspective, I understand that any perceived advantage is worth guarding. On the other hand, constantly feeling threatened by every other photographer out there is no way to enjoy what we do.

Now, I know what some of you are thinking. You’ve working at this a long time and have cultivated your ideas and nurtured your locations. You’re thinking that you came up with these ideas on your own, so why should you just hand them over to someone who has yet to pay their dues. Am I close? It’s a valid argument, but the interesting thing to me is that it’s the more experienced photographers who are more willing to share. Why? Because I think it comes down to confidence. Ideas are just collections of thoughts. Locations are just points on a map. What we do with those ideas when we get to those points on the map is what sets us apart from the rest of the pack. I honestly believe that photographers who refuse to share or collaborate with other photographers are really missing out on one of the most gratifying aspects of working with a camera.

I’m not saying you give away everything. But I think it’s important to know when it’s time to give something back.

P.S. To all of the urbex photographers out there, don’t worry. I know you’ll never spill your secrets.

Should photographers and travelers share or secrete beautiful locations?

Freelance photographers share best publications to work for, and how much they pay

« Everything You Wanted To Know About Codecs And Why They Matter
Trust Issues: The 4Chan Photo Leak, and What We Need to Learn From It »