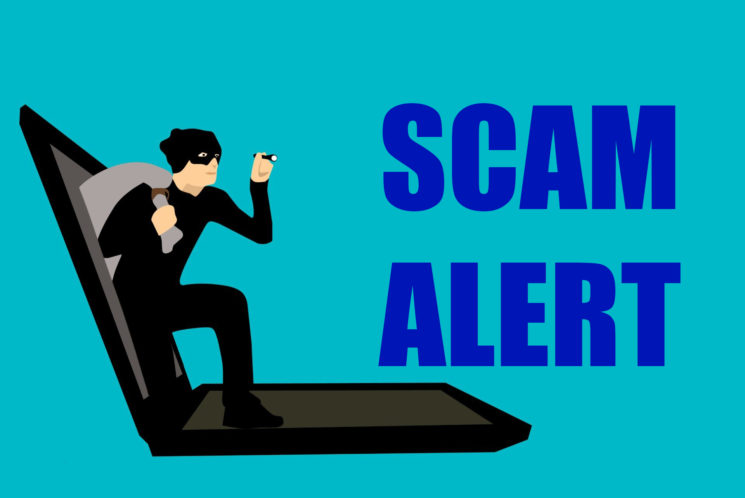 Along with online shopping getting more popular than ever, it seems that online scammers are also getting more widespread. Photographer Scott Kelby nearly had his $1,450 Canon EOS-R stolen due to an online scam. So, he shared his story as a cautionary tale to help you avoid these kinds of frauds.

The story begins when Scott listed his EOS R on eBay with the “Buy It Now” choice available. Within a few days, he has a buyer who paid in full. However, PayPal put a hold on the funds to protect the buyer. PayPal’s policy reads that when selling “high-risk items” such as consumer electronics, the seller’s funds will temporarily be on hold. So, there was nothing strange about this.

However, when the buyer messaged Scott, he said that the shipping address on his PayPal account was outdated. He said that he lived in Delaware now and asked Scott to ship the camera to his new address. Scott agreed, and almost printed the shipping label and sent the gear.

Thankfully, he got another message from the buyer about the PayPal funds that were on hold. Scott called Pay pal support to make sure it was ok to ship the gear, and they assured him that he was good to go. He was writing back and forth the buyer and asked: “That’s going to the Delaware address, right?” The response he got was unexpected: “What Delaware address? I live in Tennessee.” Wait, what?!

As it turned out, the person who wrote the first few messages was impersonating the real buyer. He saw his name on Scott’s Facebook page as he contacted him there, so he made a new eBay account with that name. If Scott had sent the camera, he would have lost $1,450, plus the actual buyer would get hosed. Luckily, it all ended well, and Scott noticed that the impersonator closed his account immediately after he told him that he was going to ship the camera.

So, first of all, do not ever ship anything you sell to an address that’s different from the one on your buyer’s account. This is an old trick scammers use, but it’s worth reminding ourselves never to fall for it. Also, if you’ve bought new gear, make sure to contact the seller privately, from your own account. Don’t write comments about the purchase on Facebook or anywhere where they can be seen publicly. I’m always surprised to see what people are capable of and how rotten they can be… But sadly, that’s reality, and we need to stay safe and cautious when buying and selling stuff over the internet.