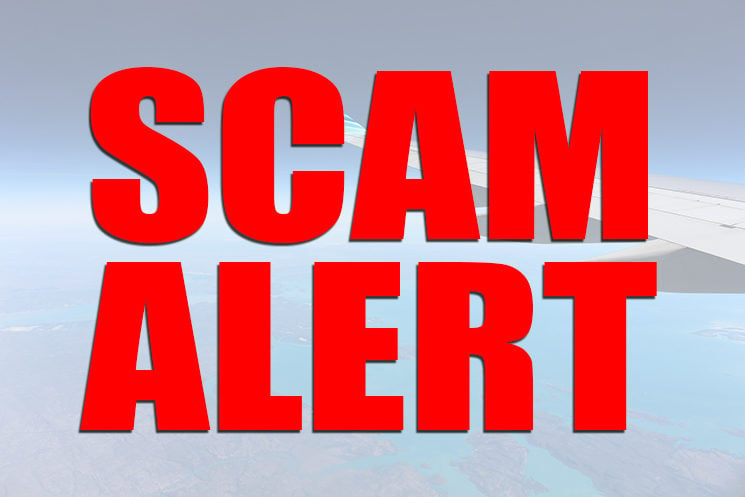 There are all sorts of scams targeted at photographers. But there has recently been a new one that has reportedly tricked at least 100 people so far. It’s targeted particularly at travel photographers and Instagram influencers. It doesn’t only involve losing thousands of dollars, but potentially being in danger and manipulated in a foreign country, thousands of miles away from home.

We have found two detailed reports about this scam so far: photographer Carley Rudd was involved, as well as Henry and Zory of This Life Of Travel. In both cases, the details are similar or exactly the same, and frankly, this is one of the most elaborate and the most thought-through scams I’ve ever seen.

It all starts with a friendly, a well-written email from “Wendi Murdoch,” claiming to get the photographer’s details from Condé Nast’s Pilar Guzmán. In both cases, the photographers had actually collaborated with Condé Nast Traveler, so this didn’t raise suspicion. What’s especially clever is that the scammers knew personal details about the real Wendi Murdoch, so nothing seemed off in this case.

The “opportunity” offered a trip to Indonesia for a photography project. Upon acceptance, the photographers would be in touch with “Aaron,” who presented himself as Wendi’s assistant. Every step from there on seemed legit: the non-disclosure agreements, the descriptions of assignments, contracts, phone calls… There were some red flags, the photographers admit, but at that time they overlooked them.

When it comes to plane tickets, Henry and Zory paid for their own, while it’s not clear whether Carley covered her own travel expenses. Once in Indonesia, the photographers were asked to pay more than $1,000 in advance for a “photography permit” that Wendi somehow “overlooked.” In Carley’s case, there was even a fake wire transfer to convince her that her expenses would be reimbursed – but she never got to see that money again.

In both reported cases, scammers made odd requests or started conflicts. “Wendi” asked Carley to separate from her husband who traveled with her and do a shoot on her own, which she refused. Henry and Zory were accused of being racist because they took photos of the driver once they arrived in Indonesia. In both cases, scammers ended the “project” in a friendly manner and then disappeared without a trace. The scammed photographers never saw their money, and what I think is even worse – they went through a very stressful time and they were potentially in danger.

Henry of This Life Of Travel spoke about this to Nicole Katsianas, Director at K2 Intelligence, who has been on this case for the past year. She told him that she has spoken to at least 100 people who have been scammed exactly the same way. The scammers haven’t been caught: they are still scamming photographers and bringing them to Indonesia.

Sadly, things like this happen. Even though there may be red flags, sometimes you don’t notice them because you’re over-excited or just taken off guard. So if you have any information, if you or anyone you know have received a similar email, or have even been scammed, Henry urges you to contact him or reach out to Nicole Katsianas.

Make sure to read Henry and Zory’s story here and Carley’s story here. They are worth reading and they serve as a warning never to ignore your intuition or anything that seems like a red flag.

« Sony is bringing realtime Eye AF and native timelapse to the Sony A9, A7RIII and A7III
Photographing with less »