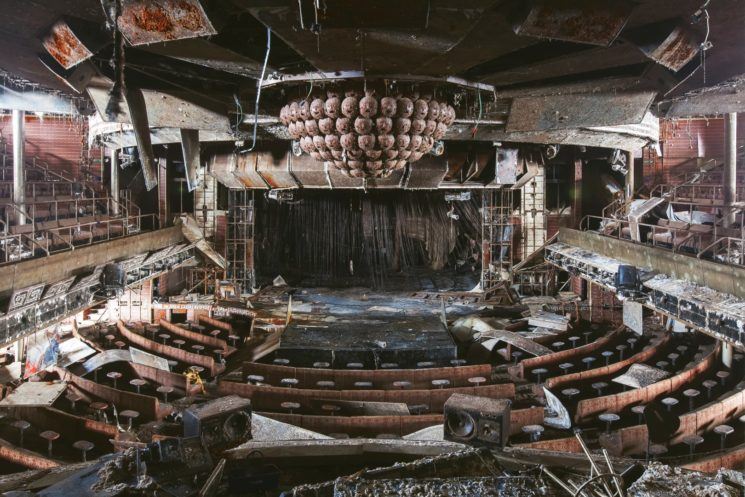 On January 13, 2012, Italian cruise ship Costa Concordia hit an underwater rock. The ship wrecked, taking 32 lives away. The disaster attracted a huge attention of the public, and one photographer was among them.

Two years after the disaster, Jonathan Danko Kielkowski managed to sneak inside Costa Concordia just before it got scraped. He brought his camera and small tripod with him and brought back the images of the ghost ship – one of the largest ones ever to be abandoned. He shared his images with DIYP, and they are beautiful, haunting and sad beyond words.

I still remember the tragedy and the controversy that followed the wreck of Costa Concordia. The captain Francesco Schettino was arrested on preliminary charges of manslaughter connected with causing the shipwreck. He also failed to assist 300 passengers to evacuate, because he left the wreck before them. Jonathan was fascinated and moved by the story ever since the disaster happened, and when the ship arrived in Genoa to be scraped – he saw his chance to see it before it’s sold for scraps. But, it wasn’t an easy task. 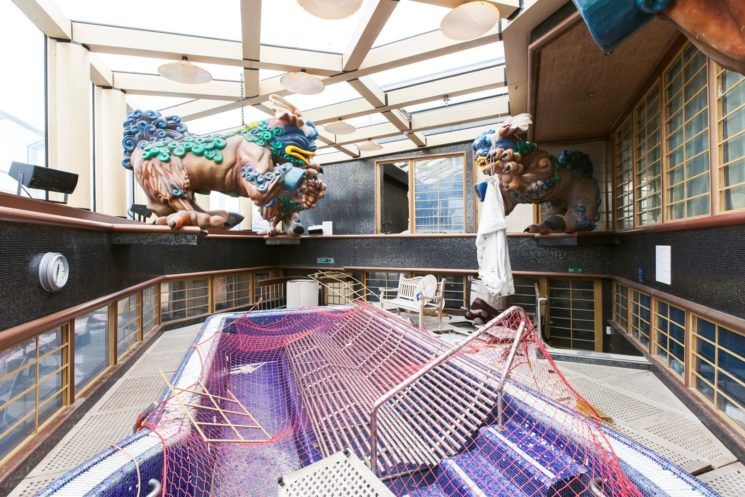 When Jonathan first tried to get to the ship, the coast guard caught him and he had to turn back. It was impossible to get the permit, so he waited. Two weeks later, he tried again and succeeded. The ship was fixed to a jetty in the sea, only about 200m from the coast. So, he swam to the wreck, carrying his clothes and gear in a small rubber dinghy. He had to do it during the night so no one catches him, and waited outside the ship till the sun came up, so he can get in and start shooting. 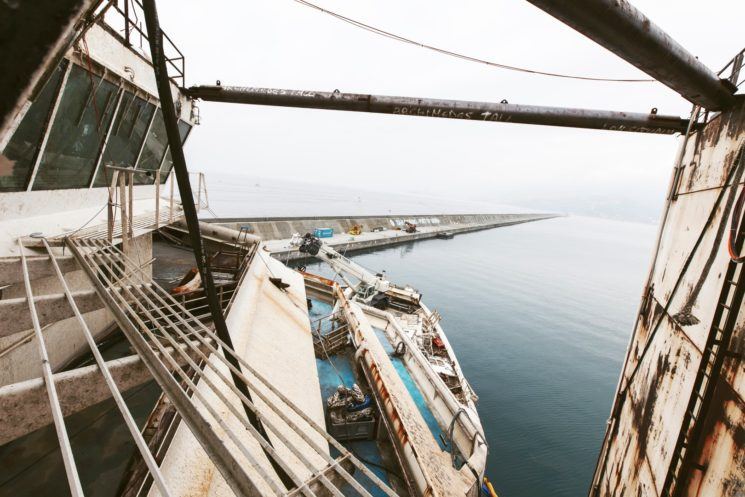 He had a Canon EOS 5D Mark II with a Canon EF 16-35mm 2.8 USM 2 Lens, and a small tripod. He stayed inside the wreck for about 6 hours, and took around 500 photos of this wonderful, haunting place. At first, it all felt surreal and it took him a while to realize he really was there. He describes the place as nightmarish, and points out that he could just feel the panic of more than 4000 people who were running for their lives. And his photos depict it, leaving a strong impact on the viewers.

Jonathan has brought his photos together in a book named Concordia, and you can order it online on this link. And we bring you some of the images below: 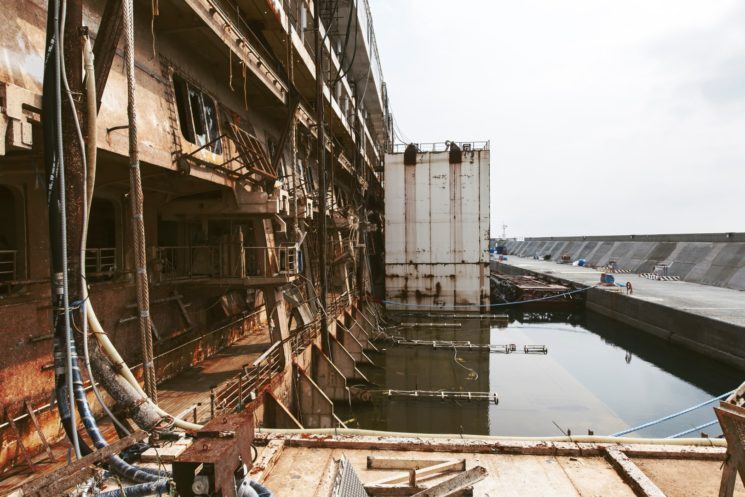 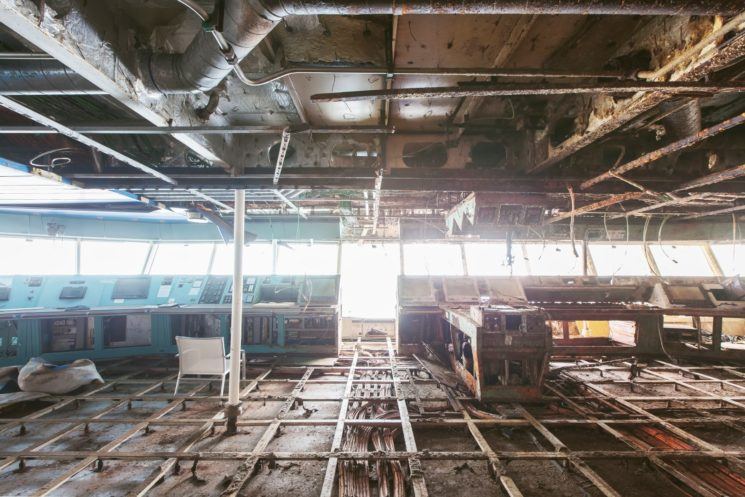 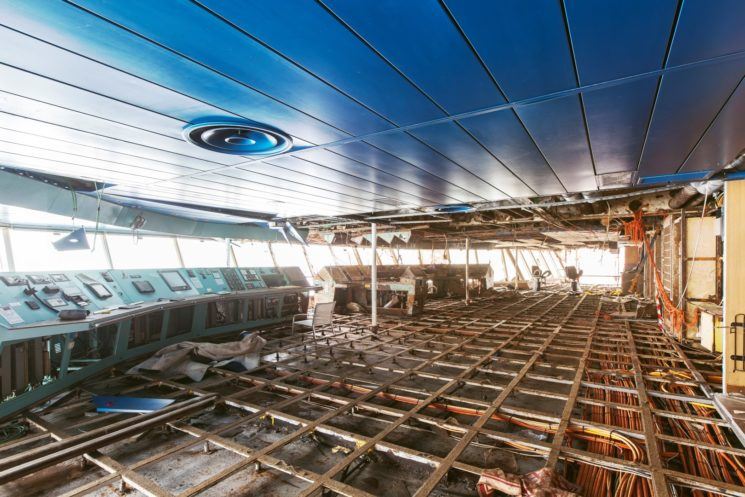 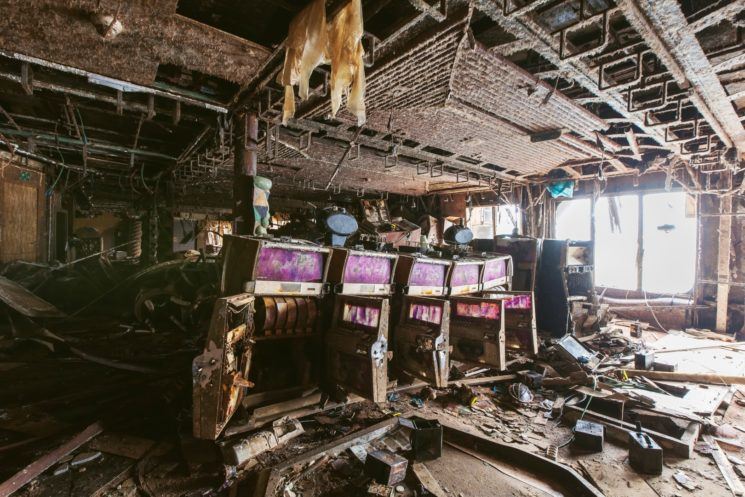 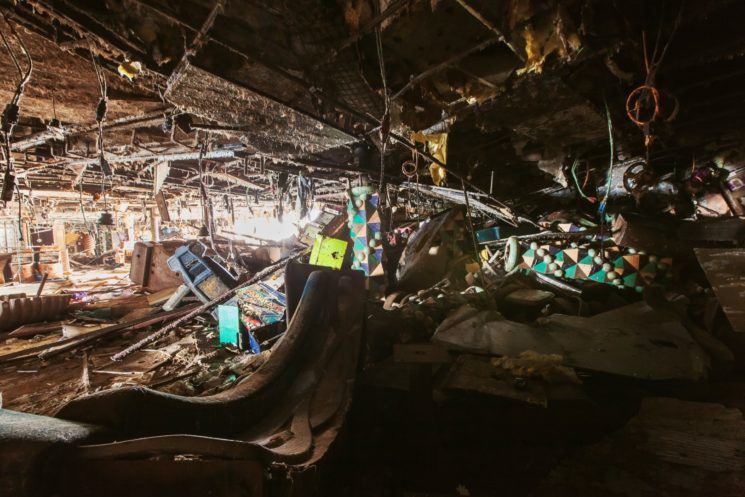 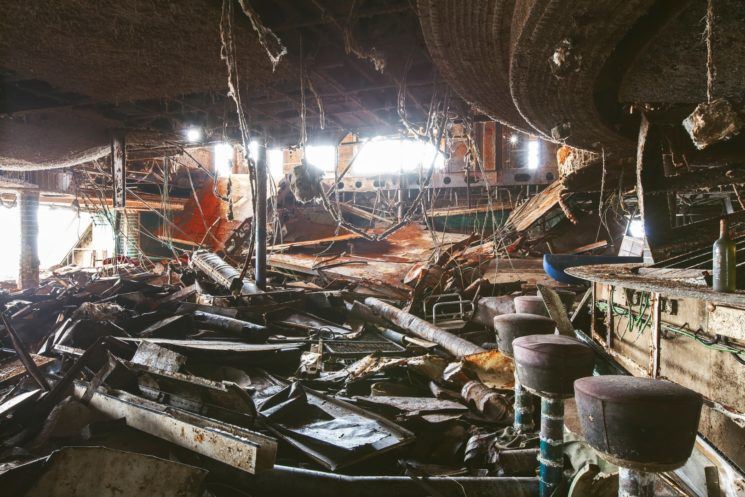 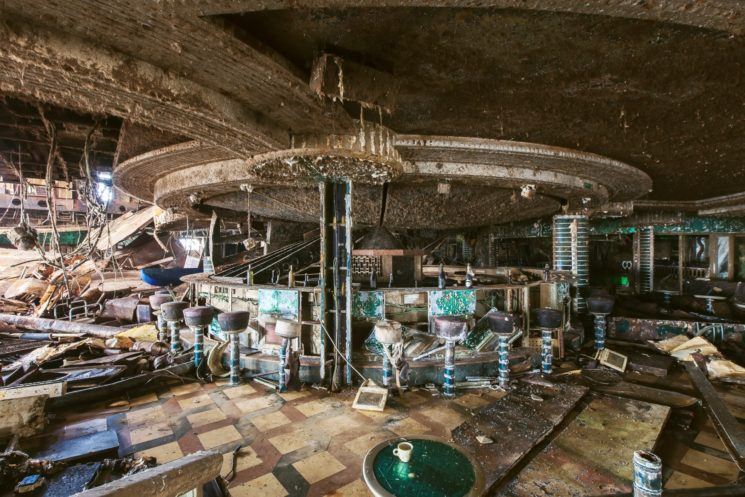 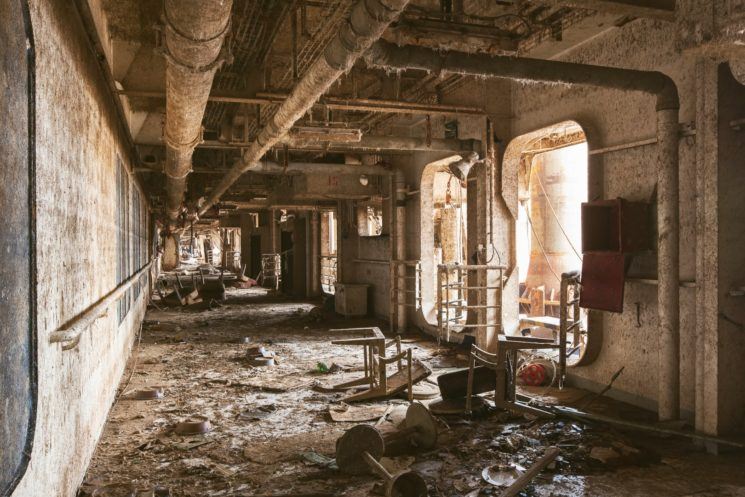 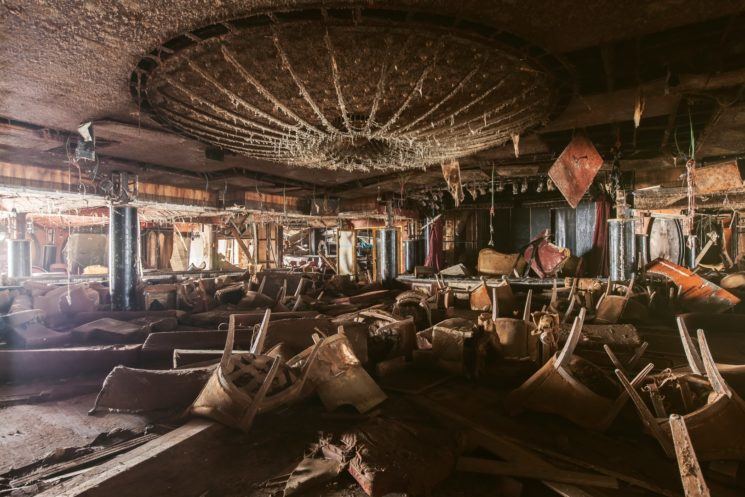 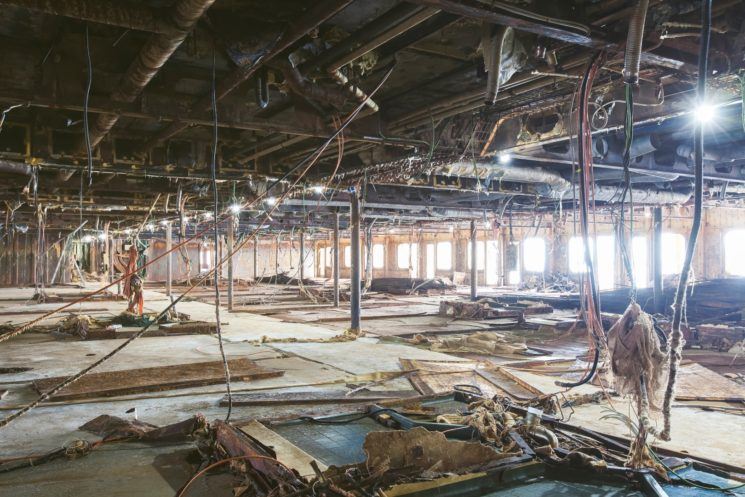 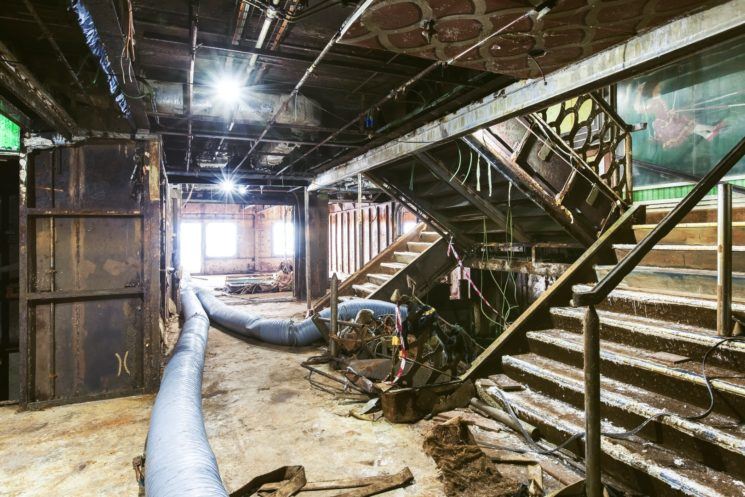 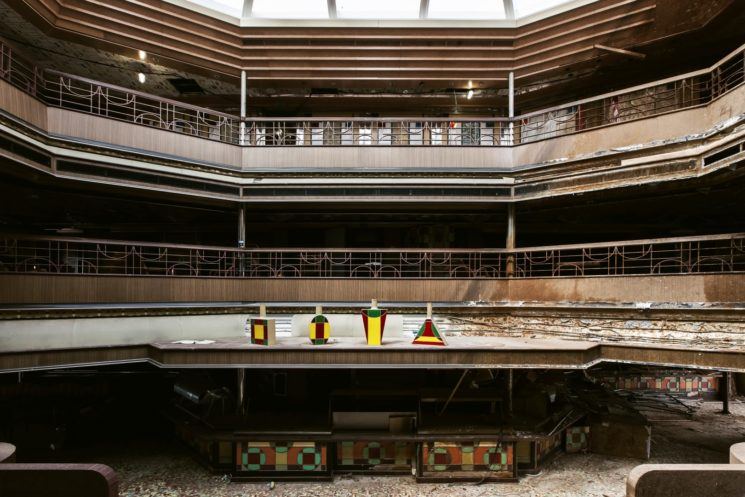 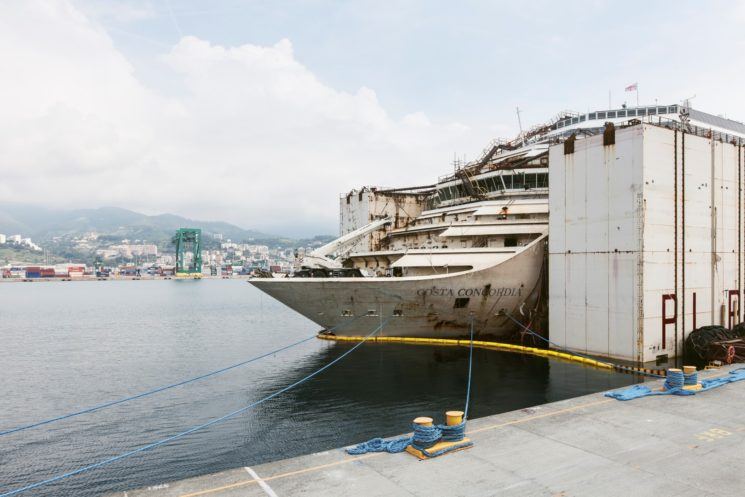 Jonathan Danko Kielkowski is a German based photographer and artist. He documents the traces humans leave behind, creation and decay of man-made structures above and underground. If you would like to see more of his work, make sure to visit his website, follow him on Instagram, Facebook and YouTube, and read his blog.

Video showing haunting before and after photos of war-torn Syria