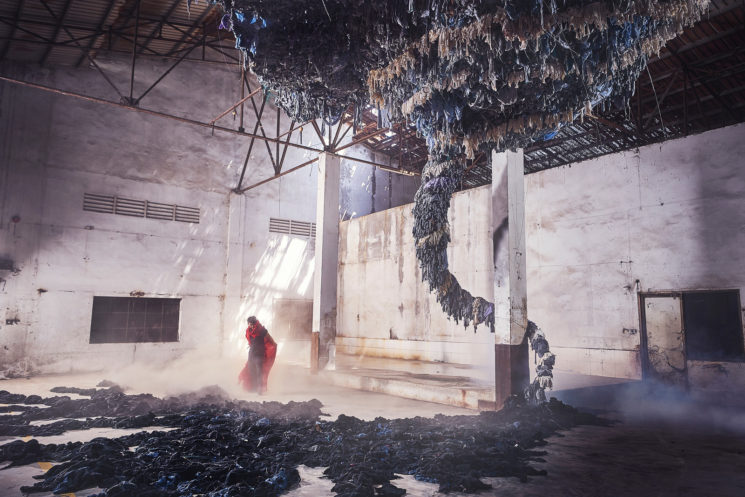 In his work, photographer Benjamin Von Wong often points out issues present in our society. In his latest impressive project, he shows the true impact of the clothing industry on the environment. This industry is one of the biggest polluters on the planet, and through his photos, Ben wants to show you “where your clothes were really born.”

For this project, Ben teamed up with Laura Francois. They met on the TedX stage in Penang and he offered to help with her mission to fight against fast fashion. In return, she found raw materials for him to work with in a huge abandoned garment factory in Cambodia. The place has been abandoned since 2009. It was filled with tons of rat-infested clothes, lying there on the dusty ground. But it was a place to start. 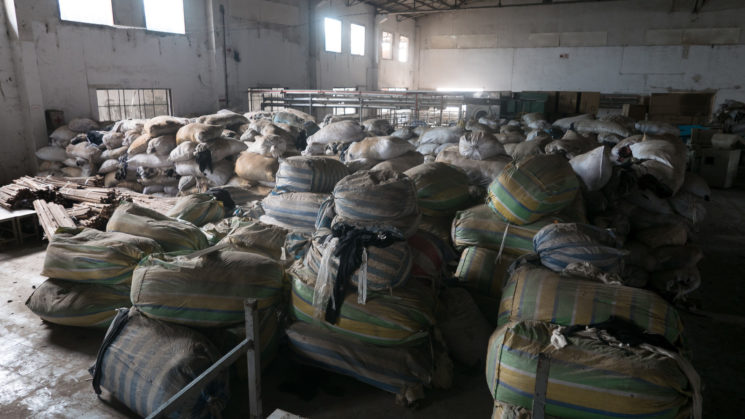 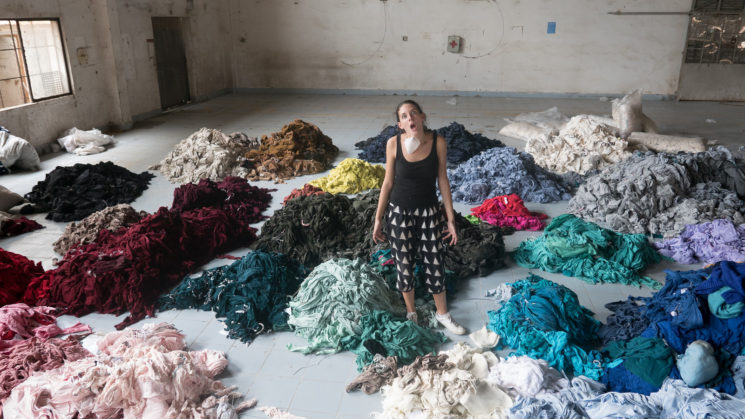 Ben and Laura reached out to the local community and gathered a group of volunteers to help them with the photo shoot. As Ben writes, some of them came all the way from Indonesia, Malaysia, and Singapore to be a part of the project. The idea was to create a waterfall, a tree, and a tornado and show where our clothes were really born. A waterfall, because it takes 27,000 liters of water to produce a single cotton T-shirt. A tree, because 70 million trees are cut down every year to create the fibers for our clothing. And a tornado, because the clothing industry is polluting our air too. It’s expected to produce 2.8 billion tons of CO2 per year by 2030. 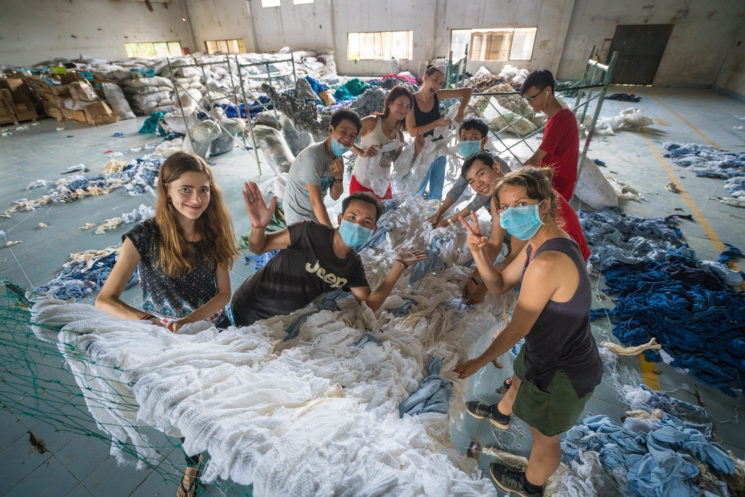 The idea was born, the lifetime supply of clothes was there, and it was time to get to work. The project didn’t have a corporate sponsor, so the team had to work with what they had and with a minimal budget. They used the basic tools like fishnet, bamboo, and rope to build the structures, climbing on some “sketchy scaffolding,” as Ben describes it. With lots of improvisation and solving problems on the go, the installations were made ready for the photo shoot. 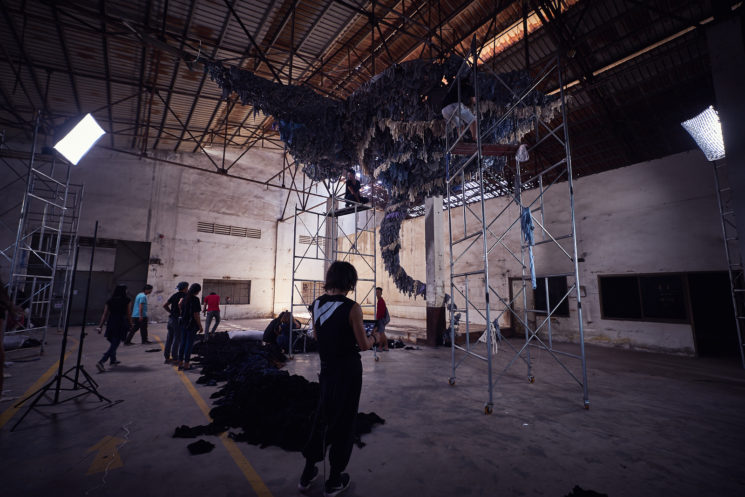 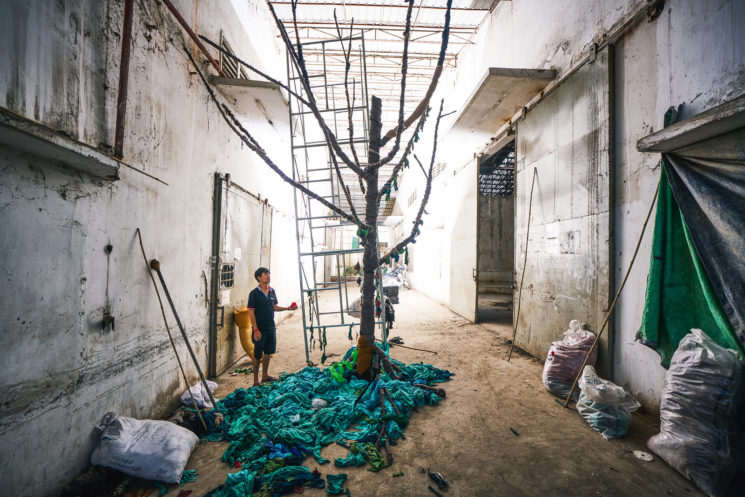 Ben added some practical effects and lighting to the scenes, making them look kinda magical. His volunteers were the models, showing a human connection with the installations they all built together. Through these photos, Ben wanted to show just how much fast fashion and the clothing industry affect the environment. And he reminds us that each one of us has the power to simply buy and wear fewer clothes.

If you’d like to read more about the project, you can visit on Ben’s blog. And if you want to learn more about how to get involved, make sure to visit this link. Here are the final results of the project: 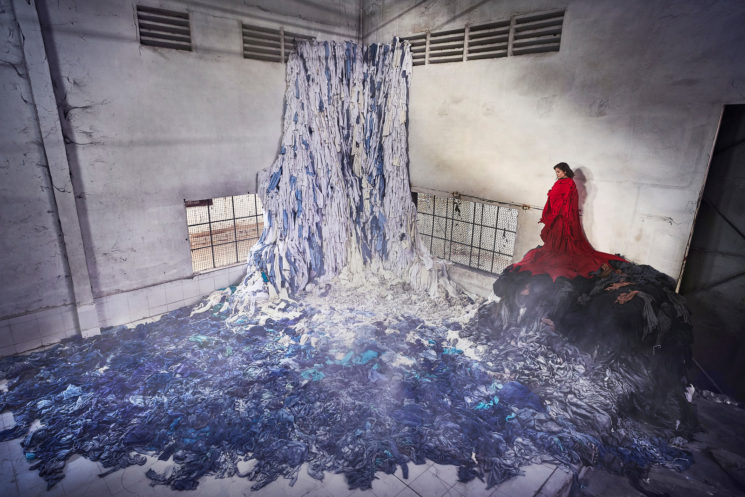 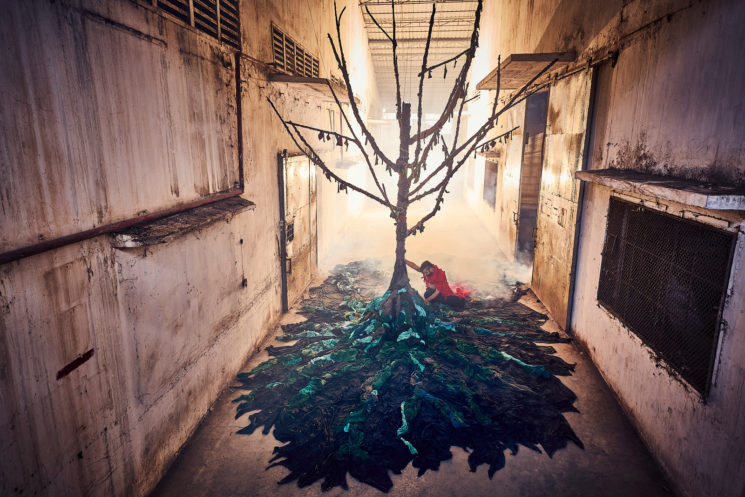 Infographic shows how much time, money and environment rechargeable batteries save compared to alkaline

Clothing company shuts down after a copyright dispute with photographer