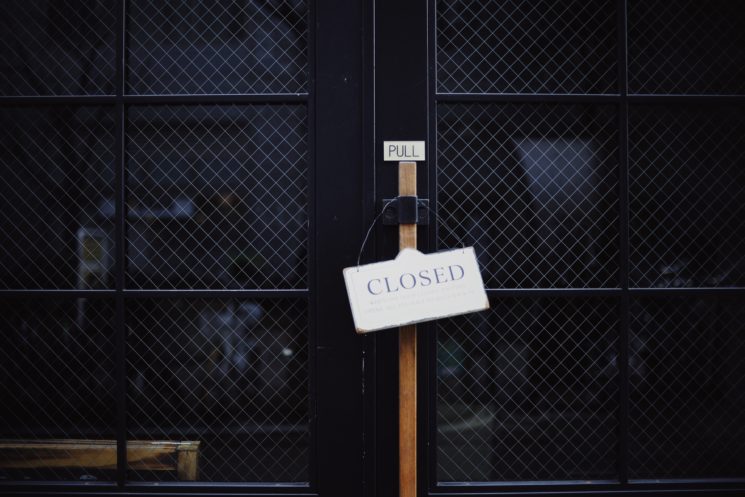 You may have followed a recent copyright dispute between concert photographer J. Salmeron and Thunderball Clothing. What started as one of the disputes we see pretty often has quickly ended up in the clothing company shutting down. Marta Gabriel, the owner of Thunderball Clothing, has announced that she will be shutting down the company due to a huge amount of hate comments she has received after the incident.

In case you missed it, you can read the full story on this link, and I’ll sum it up. In June 2018, J. Salmeron attended a festival where he photographed Arch Enemy, a famous metal band. He posted a photo of lead singer Alissa White-Gluz to his Instagram and she reshared it to her feed with appropriate credits.

After this, Marta Gabriel of Thunderball Clothing reshared the same image to her company’s feed, since she designed the wardrobe Alissa was wearing at the concert. Since the photo was used for commercial purposes, Salmeron reached out to Thunderball Clothing with a takedown notice. He gave Marta the option of paying him €500 for photo usage or donating €100 to a charity of his choice (the Dutch cancer society).

The case quickly got attention of the public, and Marta publicly apologized to J. Salmeron on 28 December. She wrote that she meant no harm and that it wasn’t her intention to promote any product she made. She thought that an email from J. Salmeron was a spam or scam, seeing the amount of $500 and Alissa White-Gluz’s name. She says that she didn’t go deeper into the message, but she did what she thought was most logic. She Alissa, forwarded the original message to her and asked what to do. “I was instructed to take down the photo (what I [immediately] did), and was informed that someone else will take care of it,” Marta writes.

However, it seems that the public apology wasn’t enough. Only two days later, Marta issued a public statement that her company is shutting down. Considering that she is the only person behind the brand, she says that she wasn’t able to just ignore all the hateful comments she has been receiving ever since the incident happened.

Honestly, I find it sad to see that Marta received so much hatred that it made her close her business. She did make a mistake, but she publicly apologized and made an effort to make things right. It’s especially horrible to hear what people have been telling her only because she wasn’t educated enough on how copyright works. And if she was indeed told that someone else would take care of it, then they should have taken care of it.

Marta made a mistake, but I believe that she deserves a second chance, especially because it really doesn’t seem that she was trying to do any harm. After all, she also credited the photographer, she was probably just unaware of the limitations when it comes to commercial use of the photo. What do you guys think of this case?