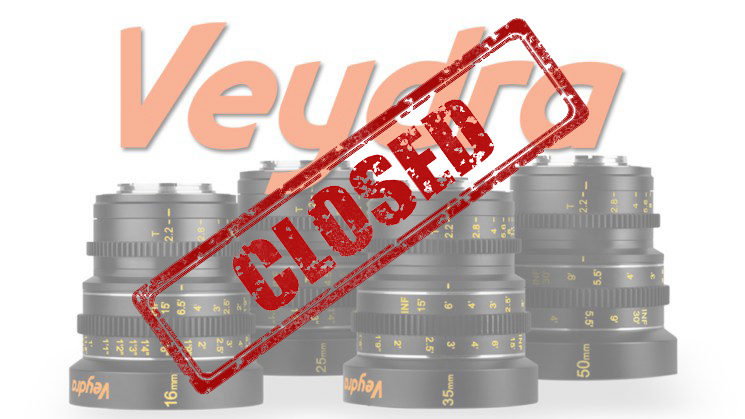 California-based lens manufacturer Veydra has officially shut down its business. Despite the praised price-quality ratio and a successful Kickstarter campaign for MFT cine lenses, internal conflicts have sent the company out of business.

Veydra’s co-Founder Ryan Avery posted this weekend on the company’s official Facebook page. He notified users that Veydra has gone out of business “due to the conclusion of ongoing litigation between the founders of the company.”

In March 2017, Veydra headquarters in California was robbed and more than 200 lenses were stolen. However, the company seemingly jumped back on its feet. Its cine lenses even won out over Zeiss in LensRentals’ tests in 2018. Still, the company had trouble meeting the supply demands. In December same year some users noticed that Veydra lenses were no longer available at any online retailer. Apparently, the downfall had already begun for the company.

A Reddit user made an assumption in April 2019that there has been a dispute between Veydra’s CEOs. “The founder Ryan Avery said in a post on their Facebook page toward the end of last year that he was still committed to Veydra, however he’s also working for Tokina USA.” Apparently, the internal conflict is exactly what happened and what brought the company to its end.

Clothing company shuts down after a copyright dispute with photographer