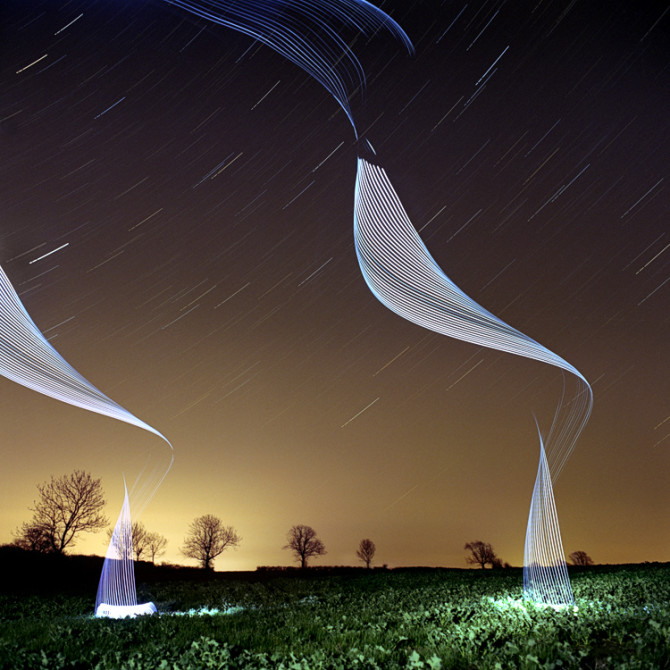 An inventive UK based photographer has devised a light painting method that has been yielding him some pretty spectacular photographs. Combining long exposure techniques and inexpensive LED lights, Martin Kimbell, is able to create geometric (and 3 dimensional) spirals of light that make it look like a scene straight out of a sci-fi movie.

Inspired by American photographer, Stu Jenks, Kimbell has been mastering his light painting techniques for nearly eight years now. He is continually looking for ways to improve the DIY side of it, too. He was nice enough to share this image of one of his DIY lighting hoops: 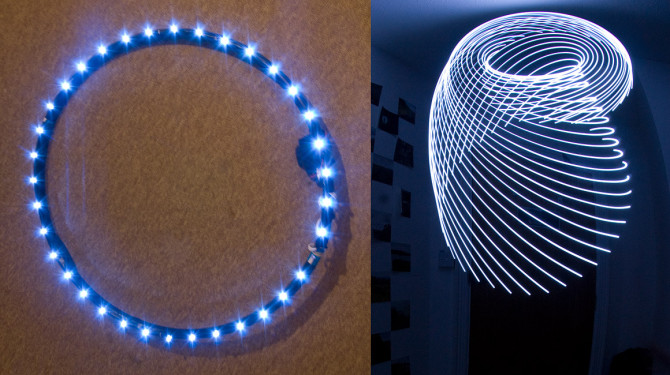 In a short interview with Kimbell, he was also generous in offering up this insightful little tidbit to our DIYP community:

“I basically hook up a battery pack to speaker wire then just attach individual LEDs to that. Fairly basic, but it’s bright and tough, which is the most important thing to me!”

Of course, Kimbell doesn’t want to give up all his trade secrets, but even having just a small glimpse at his craft is enough to get the creative wheels turning. 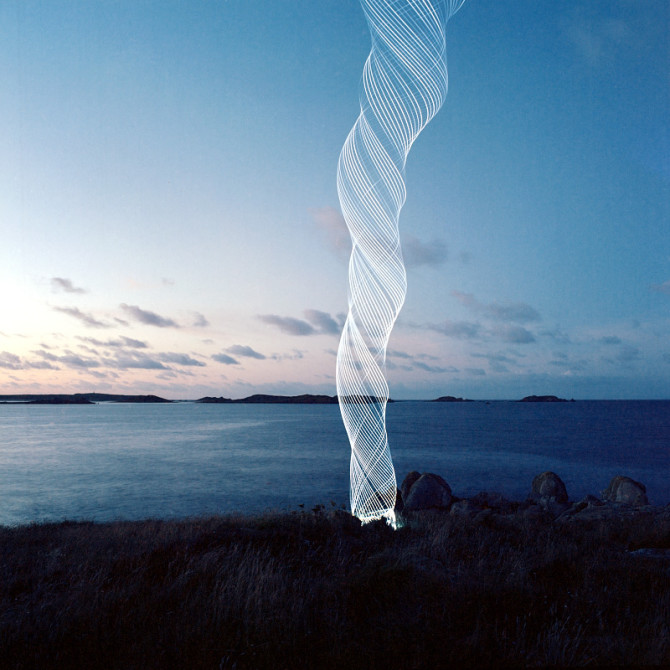 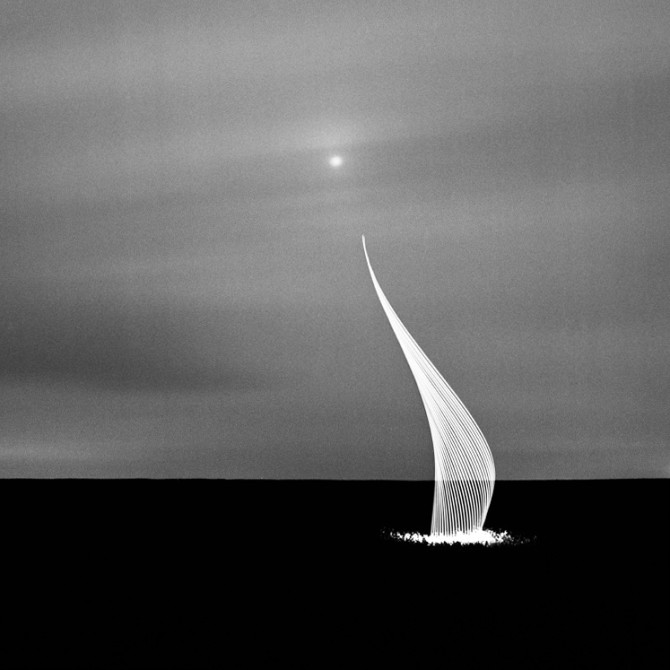 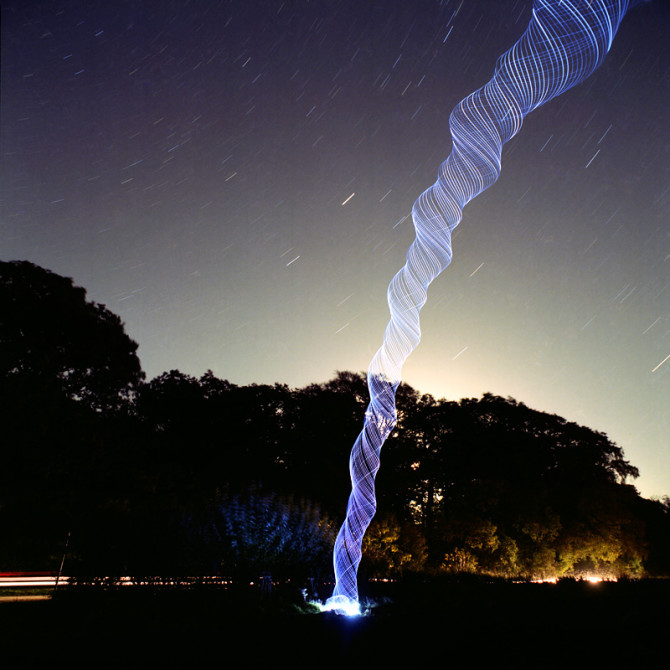 As far as capturing these tornado like light paintings, it’s as complicated as one makes it out to be. Some have suggested Kimbell uses drones or robotics to create the light patterns, but he actually keeps it simple by tossing the hoop into the air and recording its motion on a single frame utilizing long shutter speeds. 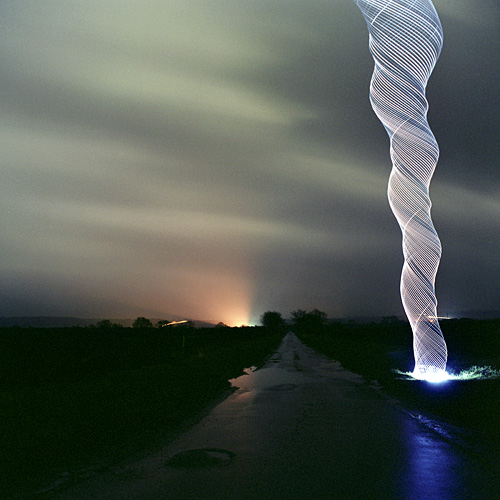 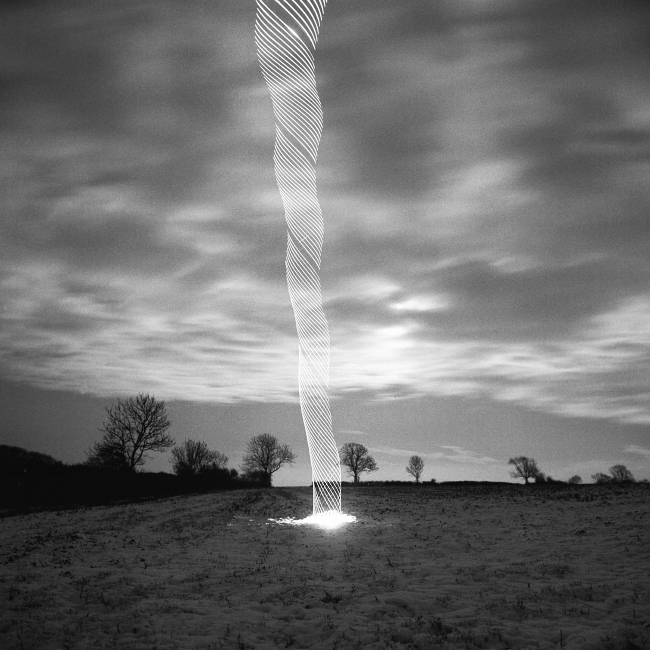 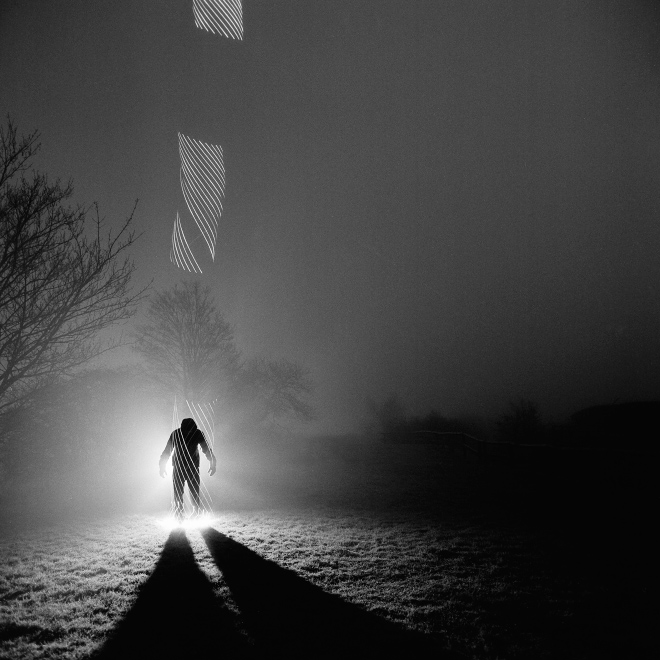 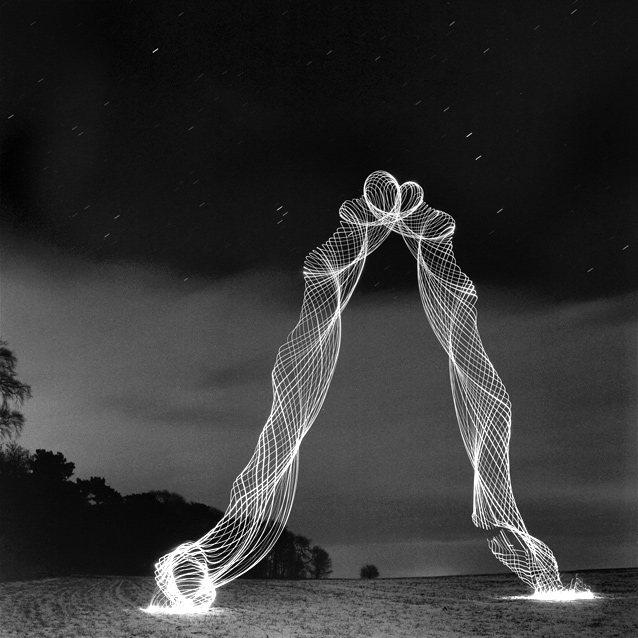 To see more of Kimbell’s work you can head over to his website and his Flickr page.

« This Tip Will Get More Of Your Photography Bags On An Airplane
What Makes a Good Photographer? »