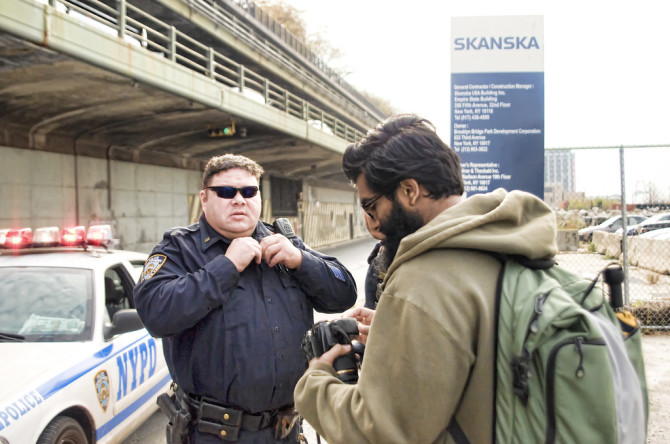 Photography Is Not A Crime. Right?

In a memo handed down to New York City Police precincts on Wednesday, the Chief of Department, Philip Banks, reminded his staff that photographers do indeed have the right to photograph on duty police officers. This comes two long years after the Washington DC police force issued a strikingly similar notice to its officers. It also follows the tragic death of a Staten Island man that was killed after being placed in a chokehold by a member of the NYPD. The memo instructs police officers to not interfere or interrupt photographers unless the are explicitly interfering with operations being performed by the officers.

“Members of the public are legally allowed to record police interactions. Intentional interference such as blocking or obstructing cameras or ordering the person to cease constitutes censorship and also violates the First Amendment.”

Hopefully, the memo will help cut down on illegal and unconstitutional arrests and interventions of photographers. It’s not to say, however, that photographers have been given free rein over the city. Photographers are encouraged to be respectful when photographing officers and do not (unintentionally or otherwise) try to prevent the officers from performing their duties. It’s helpful to know what your rights are as a photographer to avoid unnecessary legal conflict.

The image above was taken in 2009 when NYC photographer Steven Kelley and a friend were practicing their street photography. The officer stopped the pair and they were asked to present the officers with ID before 6 additional NYPD seargants showed up. Kelley was asked to voluntarily go to the precint where he met a line of questioning from two detectives before being released a couple hours afterwards. Hopefully, the measure will also help to prevent these sorts of detainments.