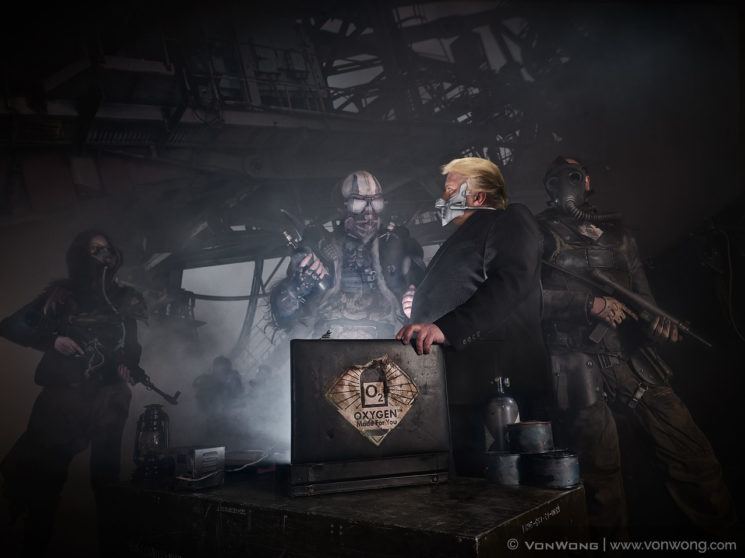 Can photography change the world? This is the question I often ask myself, and I am not the only one. I am still looking for an answer, but there are artists who are actively trying to change the world with their projects. They are trying to point out to the problems we are facing on a global level. One of such artists is Ben Von Wong. After creating the incredible Mermaids Hate Plastic project, he continued pointing out to the environmental issues through his work. He created another epic project: Mad Max Meets Trump’s America. It relies on a well-known problem we should all be worried about – air pollution. After hearing about President Trump’s recent commitment to bring back coal, his initial idea turned political – and became a fantastic, thought-provoking project in a Mad Max-like setting. What would the world look like if we had new coal mines?

President Trump decided to bring back coal, while there’s a website selling bottled fresh air to polluted cities in China. The main cause of air pollution is coal, as it produces over 40% of the world’s CO2. Oh, the irony! When Ben explored this further, he even found out that the elementary school he attended in Beijing has an airlock and air filters in classrooms. And this is when his initial idea of this post-apocalyptic photo shoot got its final form. 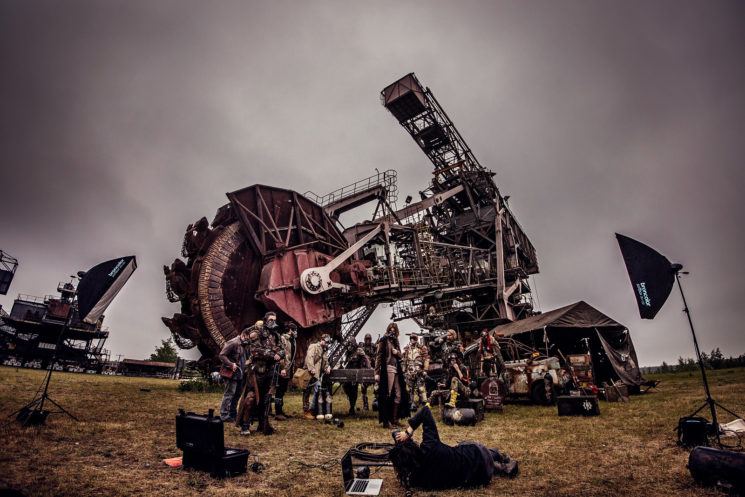 He began the quest of searching for post-apocalyptic soldiers who would trade, use and control the oxygen beneath a coal mining machine. Dozens of volunteers from all over the country applied and brought whatever they had from lighting and clothes. Eight models brought cosplay clothes and props, and there was even a baby posing for the shots. Wasteland Warriors provided props they make from recycled garbage. And photography companies like Phase One, Broncolor and Three Legged Thing provided camera gear. 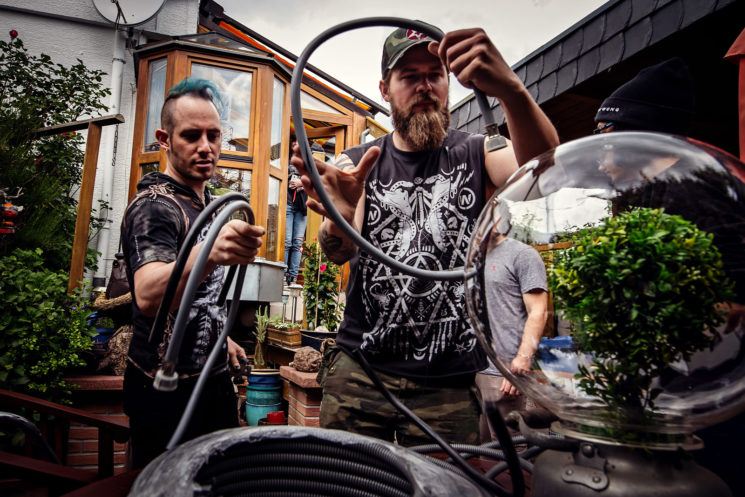 The photo shoot took place in Ferropolis (the city of iron) in Germany. It’s a former strip mine that was turned into a museum in 1995. They were kind enough to recognize the meaningfulness and the effort around this project, so they allowed Ben and the team to take the photos here. 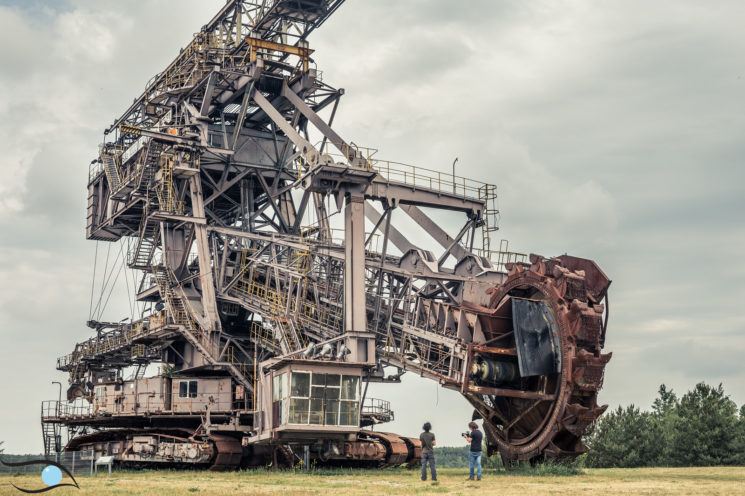 With a team of devoted and talented people, Ben once again managed to create a thought-provoking project. It’s visually different than the Mermaids Hate Plastic project, as it was shot in a completely different setting. But the message remains the same, and the images are equally fantastic. Take a look: 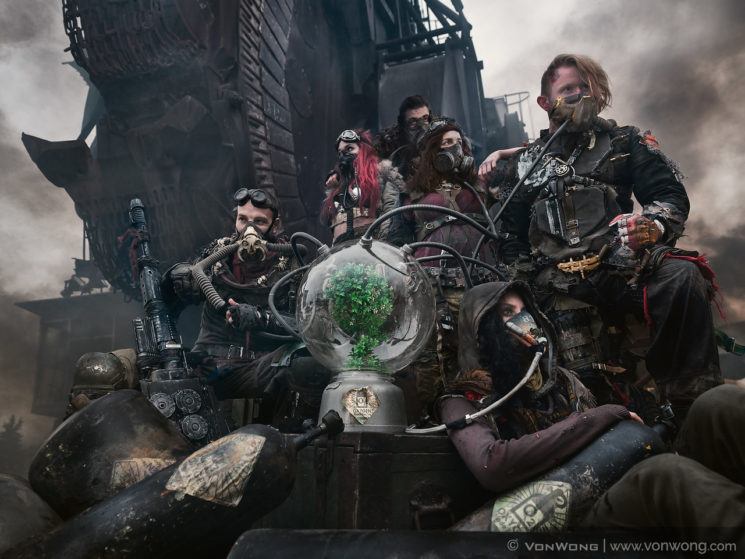 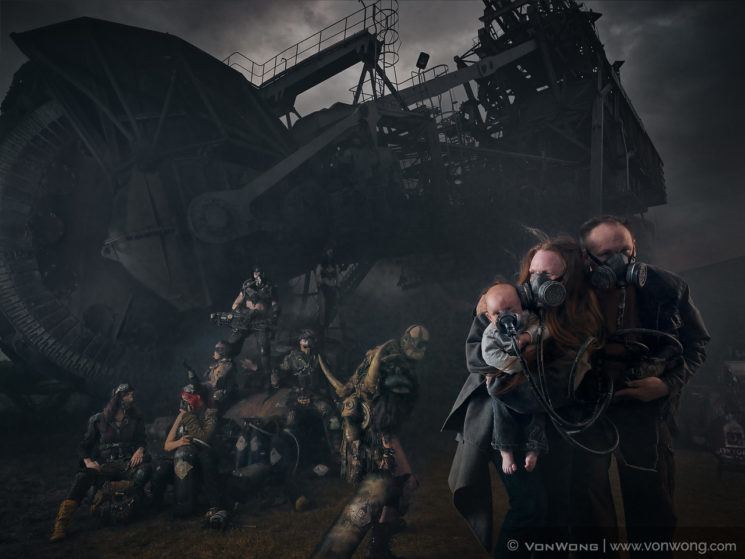 Ben says that the fear he might disappoint the volunteers never goes away. But it’s nothing compared to the feeling that you may not change anything in a world that is spiraling out of control. I deeply understand his need to change something and point out to the problems that concern each and every one of us. He created a meaningful photo project that makes us wonder, that maybe even disturbs us – but it forces us to try and make a change. If you are moved by this project, here you can find out more about it and learn what you can do to contribute to the cause. Also, take a look at the behind the scenes videos to learn more:

I see Ben’s message not that much as political, but more as environmental. He believes that everyone, from a baby to the President, deserves clean air. And this project showed him that he’s not alone. What do you think? How do you see this project? And do you think photography can make a change?

These photographers created an apocalyptic world in miniature

« Hard light vs soft light. What’s the difference and how do you do it?
Why I got rid of my photography gear »