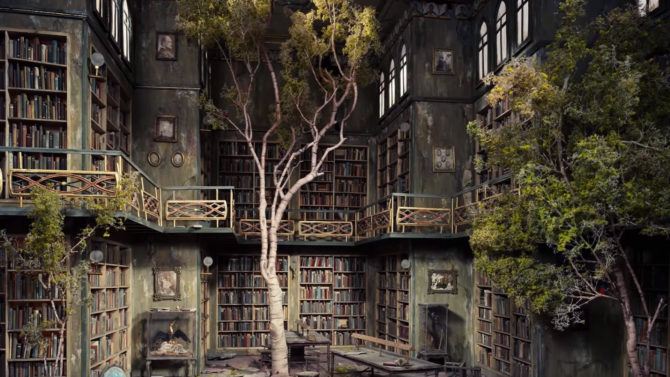 Creating apocalyptic worlds isn’t an uncommon theme for many photographers. Usually, however, this creation is finalised in Photoshop. They’re often composited images, blended with some CG textures to give those last little touches. But what if you don’t want to do it in Photoshop? What if you want to shoot it for real?

That’s exactly what diorama artists Lori Nix and Kathleen Gerber have been doing for over a decade. The pair specialise in post-mankind miniature environments. Crumbling buildings, nature taking back what is hers. In this short documentary by filmmakers The Drawing Room we meet these two amazing artists and get some insight into their work and thought process.

The attention to detail in these constructions is just incredible. Right down to things like CDs and books stacked on the miniature shelves. They say that they scan in each of the book & CD covers and then print them out at tiny scales in order to reproduce them accurately on a tiny scale. 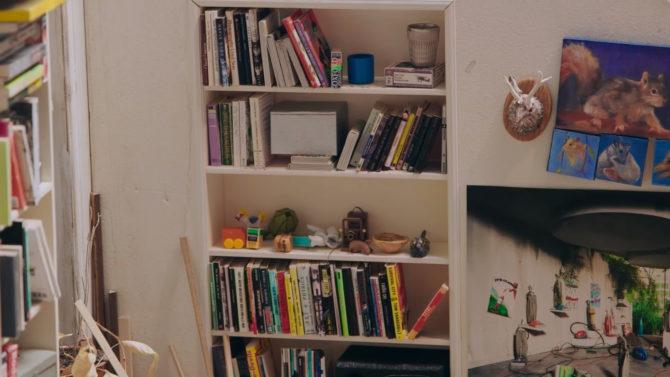 Their series “The City”, suggests a world post-human. It shows how buildings age, and crumble, and nature reclaiming the spaces for her own. 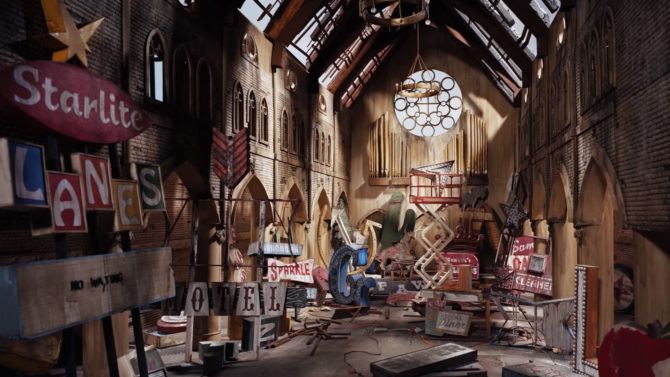 For the final part of the project, they decided that the last work should be of an artist’s studio. As they happened to be artists with a studio of their own, they recreated it in miniature. When you’ve got a real world living reference for such work, I would imagine it makes things both easier and more difficult. 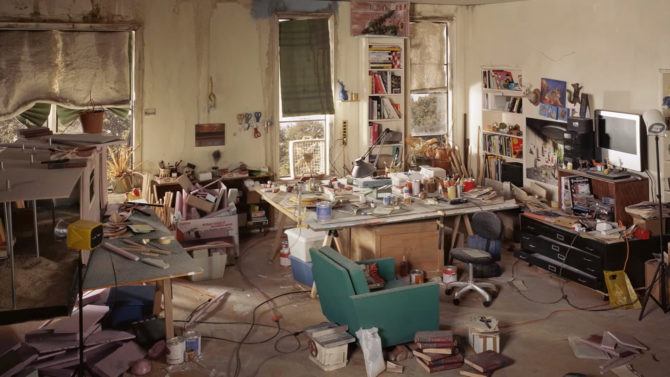 Easier because you have real world reference upon which to base your creations. More difficult because where do you draw the line on realism? Is anybody going to know if the door handles don’t quite match those of the room? Or if the curtains are a slightly different colour? Perhaps those things will only bother the creator, and Lori mentions in the video how she “messed up on the flat files” because she only made four for the miniature, yet has five in reality.

Above all, though, she says it’s the details that sell it. And there’s no shortage of those in these scenes. Even the diorama of her studio contains its own mini-diorama, complete with tiny Alien Bees lights ready to be photographed. 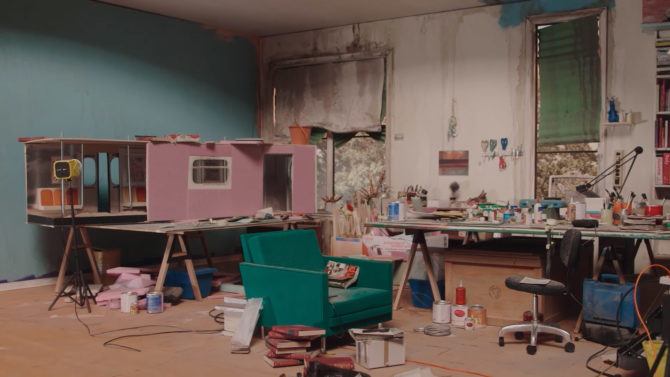 We’ve featured detailed and intricate dioramas before, and they absolutely fascinate me. To make them requires skills that I simply don’t possess, nor have the time to learn. I really wish I did. But, it’s not something I’d ever want to pursue in a professional capacity, and my wife says I already have too many hobbies. So, never going to happen.

Must be a wonderfully therapeutic activity, though.

Do you work with miniatures for your photography? Do you create the miniatures yourself? Do you mix miniature with the real world? In camera or in Photoshop? Let us know what you think in the comments.

These photos may show a hand-built miniature world, but they feel like today’s reality

« Need a bit more light? This camera bag features a built in reflector
Three ways to mount a camera for overhead stills or video »