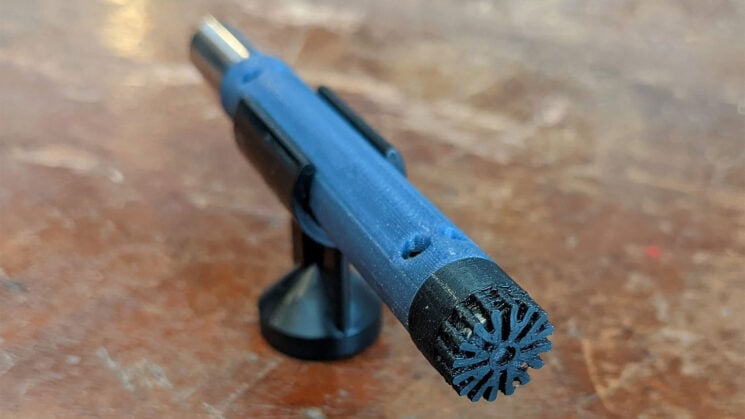 Reference mics can be a vital tool when it comes to audio. They’re the microphones that capture the uncoloured sound, with a flat response and almost complete transparency to let you measure the acoustic characteristics of the room in which you’re recording. They let you test rooms for echo and reverberation. They let you hear (and see, on charts) what frequencies your room naturally enhances or destroys.

Reference mics can be quite expensive, though, so GitHub user loudifier decided to design his own and make it open source. It’s called OpenRefMic and it promises a low cost with a high performance that “meets or exceeds the performance of professional reference microphones”. And while commercially available reference microphones aren’t all expensive, they usually come with pretty high self-noise levels. And none are this cheap!

One of the big goals, loudifier says, about the project is that he wanted a microphone with extremely low noise, allowing it to pick out the quietest sounds without any interference from its own signal. And listening to the samples on the GitHub page, it certainly seems to have managed that task pretty well. He also wanted it to have that flat omnidirectional frequency response, too, meaning that it didn’t boost any of the bass (dark) or treble (bright) signals that most non-reference microphones do.

The OpenRefMic is based around the PUI AOM-5024L-HD-F-R electret microphone capsule, although he says others should work fine, which was chosen for its low noise and great performance. It features a built-in pre-amp that runs off standard 48v phantom power and it’s all enclosed inside a 3D printed case that shouldn’t be very difficult to print on just about any printer.

It’s a very inexpensive microphone to make, and Loudifier’s bill of materials shows a cost estimate of around $40. Looking at the price of some parts, though, particularly the Mini XLR connectors, you could definitely save yourself a few bucks by shopping around.

Loudifier has plans for OpenRefMic for the future, though, including supporting a wider range of microphone capsules while retaining a flat response. He also wants to figure out how to shield the microphone’s enclosure to help further improve the low noise levels of the microphone.

I don’t know that I’ll be adding one of these to my projects list (I’ve got too many microphones as it is already) but it’s a very cool project! To check it out and maybe make one for yourself, head on over to GitHub.