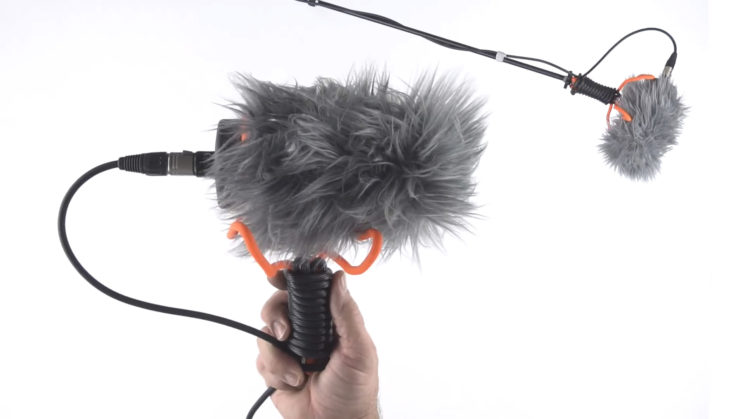 Shock mounts are the best friend you can have for a boom mic. They eliminate all kinds of vibration and handling noise from your audio recording. Some microphones come with one, but you’ll often have to buy your own separately. Or, you can do like DIYCameraGuy, Michael Lohrum, and make your own using flexible gear ties. And in this video, he shows us how to make one.

Well, to be more accurate, Michael deconstructs one he’s already made to show us how it was put together, and then puts it back together again. And he does it using a very simple set of materials.

And that’s it. Although for the carriage bolt and coupling nut, you’re probably better buying at your local hardware store. Online prices are pretty nuts as you often have to buy a pack of 25 or 50. You can’t just get one. You’ll want to pick up some epoxy to fix the end of the carriage bolt into the coupling nut, too, but then this coupling nut becomes the means by which you attach the whole thing to stands, boom arms, or a coldshoe adapter for mounting on your camera.

Michael says this actually deals with handling noise better than his professional microphone blimp, which is surprising to hear.

Sometimes, though, you just want to get some of the benefits of a blimp without splashing out $300+. You will still need a windshield for your mic, though. Some microphones come supplied with them, but there’s a whole host available online to fit a variety of microphones.

Mount Your Camera Anywhere with This DIY Flexible Camera Mount