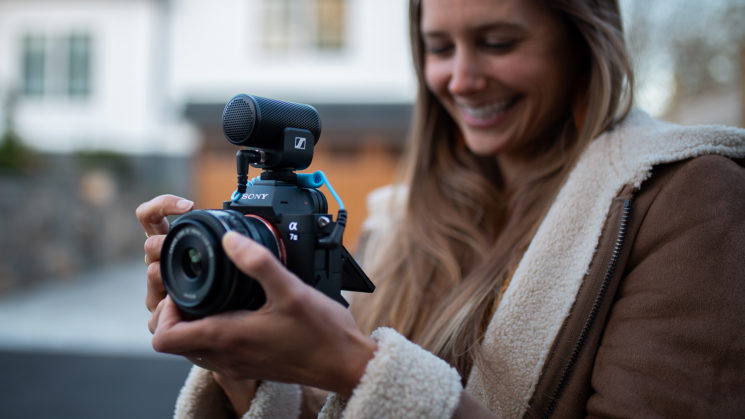 Sennheiser has today announced its new MKE 200 on-camera microphone. Designed primarily for vloggers or anybody who sits there talking to a camera (like most people these days who’ve replaced real-world meetings with Zoom or Skype), it’s an unpowered microphone, meaning there are no batteries to deal with. And it also works with your smartphone.

We’ve seen a lot of new on-camera microphones come out over the last couple of years and there are generally two different types of on-camera microphone. Powered and unpowered. This is an unpowered microphone, like to the Rode VideoMicro. It just sits on top of your camera or on your smartphone rig, and is always ready to go when you hit record.

Unlike the VideoMicro, the MKE 200 has a somewhat unusual design. Typically, on-camera microphones favour a more shotgun-style design. The MKE 200 also doesn’t have an external shock mount to mount it to the camera, either. It attaches straight to the hotshoe because the shock mount is actually internal, connected directly to the microphone capsule. It’s essentially a tiny on-camera blimp with the microphone already built-in. 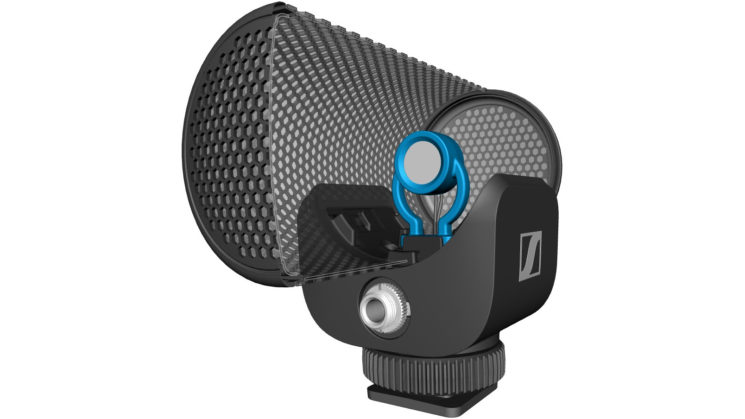 One thing to note about this microphone is that it is absolutely tiny, measuring only 69mm long. This means that if you’re shooting with super-wide or fisheye lenses, it’s much less likely to actually appear in the shot, as you sometimes see with larger, longer, shotgun-style on-camera microphones. Even with the furry windshield on, it’s pretty small. Being so small, it might be ideal for action cameras, too. 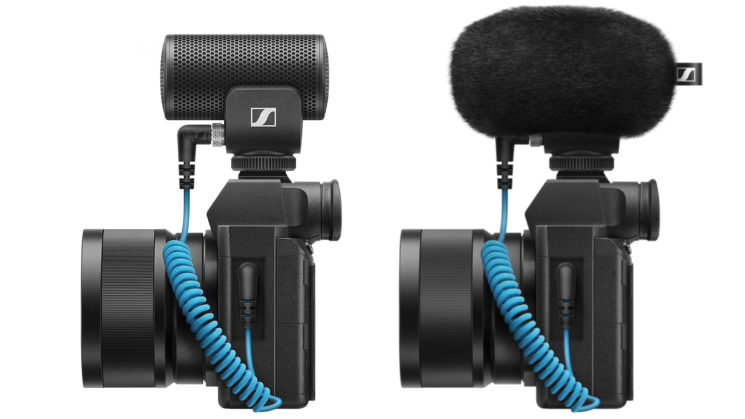 While it doesn’t autosense whether you’re plugged into a camera or a smartphone (which isn’t surprising, given that it’s unpowered), it does come with two cables for both uses. It’s interesting that the cable sticks into the front of the microphone and not the rear, as with most other on-camera microphones. So, if you’re regularly bouncing between video and stills, you’re not going to have that 3.5mm plug sticking into your head every time you bring the camera up to your eye. They’re also locking cables to minimise the risk of them accidentally falling out.

The Sennheiser MKE 200 is available to pre-order now for $99.95 and begins shipping any day now.