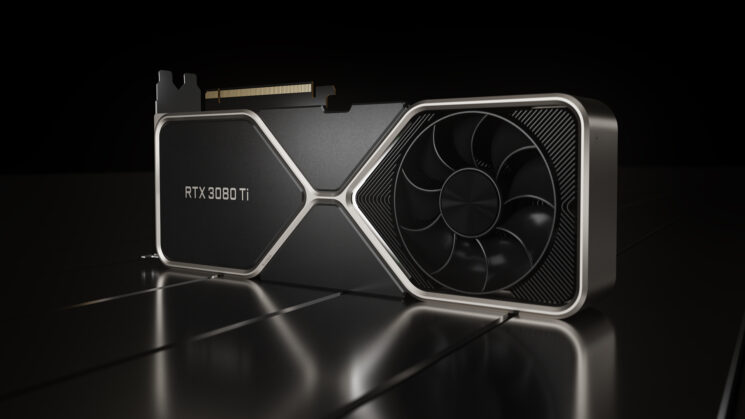 Despite the great global graphics cards shortage, NVIDIA has announced not one, but two new graphics cards. The NVIDIA RTX 3070 Ti and RTX 3080 Ti. Aimed towards both gamers and creatives, thanks to their studio-focused drivers to boost the performance of new AI features found in applications like Lightroom, Photoshop and DaVinci Resolve.

The new Ti cards boost performance gains over their non-Ti counterparts with more CUDA cores and GDDR6X memory. The RTX 3070 Ti, they say offers 1.5x the performance over the previous-generation RTX 2070 and 2x over the GTX 1070 Ti. The RTX 3080Ti looks very similar on paper to NVIDIA’s flagship RTX 3090, at a noticeably lower cost.

The two new cards were announced during Computex 2021 with the RTX 3080Ti becoming available on June 2nd starting from $1,199 and the RTX 3070Ti on June 10th starting at $599. When it comes to how the numbers stack up, the specs look a little something like this…

Exactly how the performance will stack up against the non-Ti versions and the flagship RTX 3090 remains to be seen. The RTX 3070Ti only seems to show a slight improvement over the RTX 3070 in terms of the on-paper specs. If you already have an RTX 3070, it’s probably not worth the upgrade. But if you’ve been thinking about buying a 3070, it might be worth going for the 3070Ti and getting that pre-order in super quick before they all disappear, too.