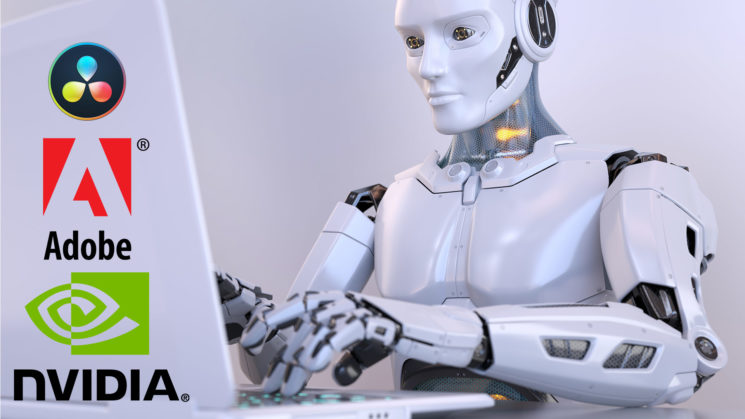 A couple of years ago, graphics card manufacturer NVIDIA decided that it was time to stop focusing just on gamers and launched their “Creator Ready” drivers. Those have since evolved into what is now called their “Studio” drivers, but they’re essentially the same thing; versions of their drivers that are geared more towards content creation rather than gaming.

They’ve seen a lot of changes over the last couple of years, especially since the launch of their first series RTX cards, and now their new March 2021 version of the Studio drivers focus heavily on the latest AI-powered tools from Adobe, including the new Super Resolution feature, as well as the newest neural engine in Blackmagic’s DaVinci Resolve 17.

The March 2021 update, NVIDIA says, provides a nice performance boost for Adobe’s new Super Resolution feature, currently available in Adobe Camera Raw and coming soon to Lightroom and Lightroom Classic, as well as all of the recently added Neural Filters. The Neural Engine in DaVinci Resolve 17, as well as new features like the Magic Mask also see a bit of a boost.

They say that there are also benefits for 3D artists, although the only software I can see mentioned by name is Blender’s AI-powered OptiX denoising (which is pretty awesome, btw).

For those who use NVIDIA graphics cards but don’t game, choosing to go with the Studio drivers is a no brainer, but many people still don’t know they even exist. The company’s Game Ready drivers are typically installed on new machines by default – or even if you install them yourself but go with the “Express” installation – but they’re well worth taking advantage of, showing some big performance boosts over the standard gamer drivers for many creative applications.

If you’re not running the Studio drivers yet, or you are but haven’t updated to the newest release, head on over to the NVIDIA blog to find out more and download it.