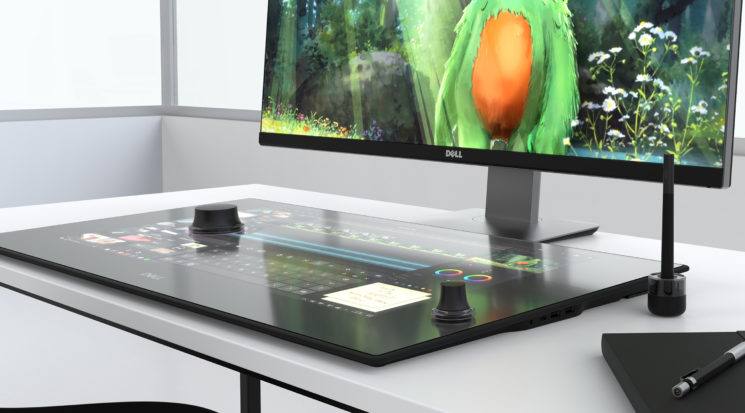 It seems that Microsoft aren’t the only ones who’ve been working on a control dial you can use on a display. At CES2017, Dell introduced what it claims is the “world’s first horizontal smart workspace”. It’s called the Dell Canvas, and it’s a 27″ 2560×1440 resolution touch sensitive display. 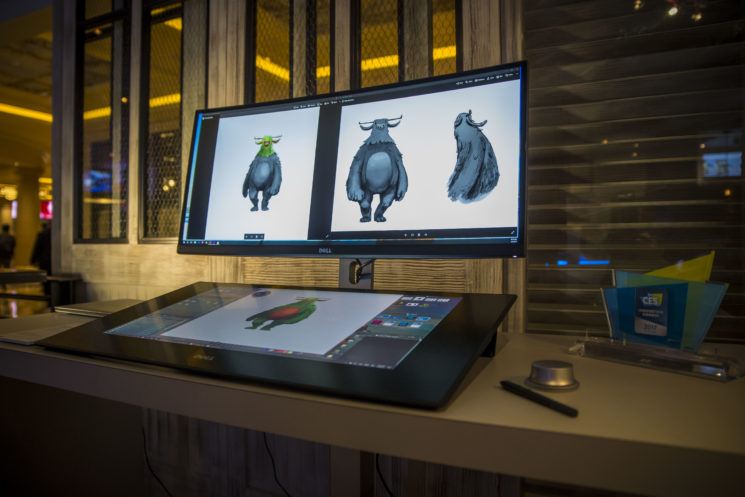 The Dell Canvas is designed for artists, photographers and graphic designers. It seems to take square aim at potential Surface Studio customers who don’t want to have to replace their entire system. That’s the big difference between the Dell Canvas and the Microsoft Surface Studio. This isn’t a complete PC. It’s a large display that connects to your existing one. So, it’s more like a Wacom Cintiq, with Surface-like tendencies.

Dell first brought us the concept in 2014, but now it’s finally a reality. Prices will start at $1,799 (presumably the dials and knobs are extra), and is expected to be available through Dell’s website on March 30th.

The similarly sized 27″ Wacom Cintiq also offers 2560×1440 resolution, but no “dials” yet, with a cost of $2,549. Compared to the Microsoft Surface Studio, ranging from about $4K to a little over $6K, it’s an very cost effective way to get a similar sort of functionality with an existing computer. So far, it’s only tipped to support Windows 10, although that’s not much of a surprise. 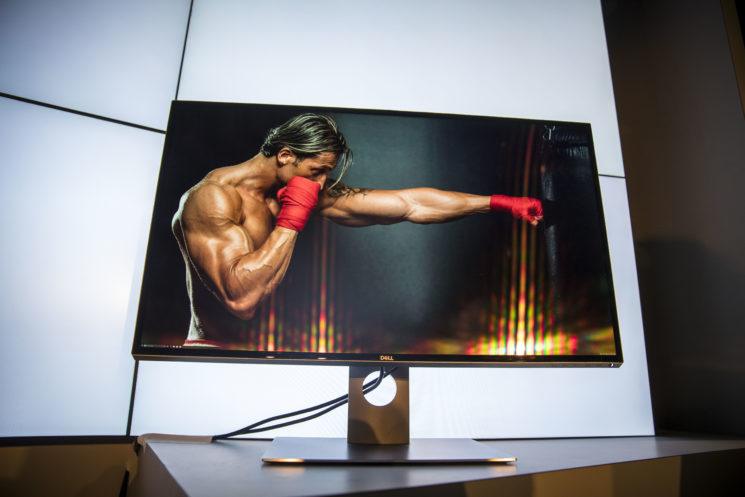 So, how about that 32″ 8K display? It might seem ridiculous, given that 4K is only just starting to pick up any real steam. But, it’s really not. Aimed at photographers and designers working on today’s ultra high resolution imagery, it sounds about right. Although, the price doesn’t, not just yet. At $4,999, it’s a monitor that will likely attract few customers at the moment.

Covering 100% of the AdobeRGB and sRGB colour spaces, though, it’s going to get a lot of photographers drooling. At a resolution of 7680×4320, it can display four times as much content as a 4K monitor, and 16 times as much as 1920×1080 Full HD. With 33.2MP of screen real estate to play with, it would make playing with D810 Raw files a breeze. Although, you’d need a fairly heft graphics card to be able to keep up. 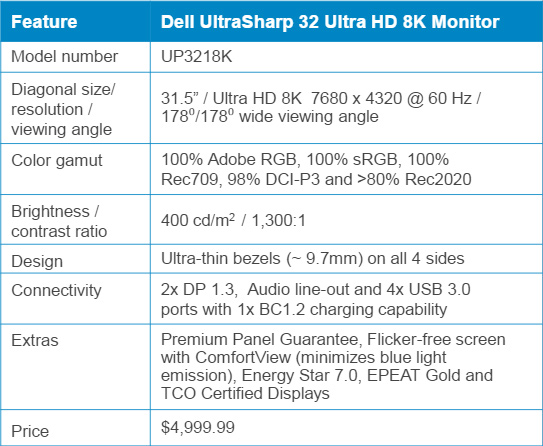 It kinda makes LG’s new 27″ 5K display look a little weak, by comparison. Of course, the LG 5K screen doesn’t come with quite the same price tag, either. In fact, you could buy four or five of the LG screens for the price of one Dell. But then, you’d need to buy the extra graphics cards to go with them, too.

Camera technology has come a LONG way in the last 15 years or so. It’s nice to see desktop computer technology finally starting to catch up with the needs of those who use them.

I would imagine it won’t be too long until this kind of technology becomes much more affordable for the mass market. One of those 8K displays would be great for video editing.

What do you think? What would you use an 8K display for? Do you even want one that high resolution? Is the 16:9 aspect ratio is a little dated? Do you prefer ultrawide monitors? Let us know in the comments.