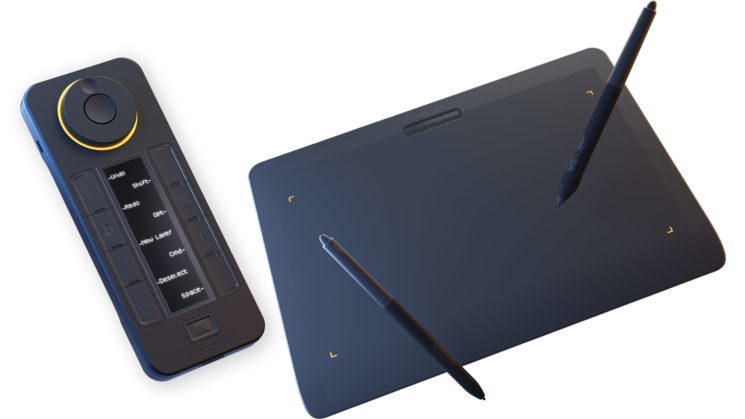 New company, Xencelabs (pronounced “sense labs”) has launched with a new product that has a somewhat unique twist on the world of traditional graphics tablets. Gone is the array of buttons found on most tablets today – those have been moved over to a second (optional) device with a big dial and built-in OLED display. It also comes with two completely separate, differently sized pens, which offer 8,192 levels of pressure sensitivity, tilt recognition and what they claim to be virtually zero lag.

Xencelabs Technologies says the company was “founded by a group of experienced creative design professionals with a shared passion for designing a new class of digital drawing tools”. They say they’ve attempted to merge the ideas of human senses, innovation and a “laboratory” approach to experimentation and product development.

That experimentation seems to have culminated in the form of the Xencelabs Pen Tablet Medium and Quick Keys. Two devices that can work alone or in unison, allowing you to design, draw and retouch on your computer. The tablet itself is void of the usual array of keys and buttons you see on most tablets, possessing just three inconspicuous little buttons at the top. 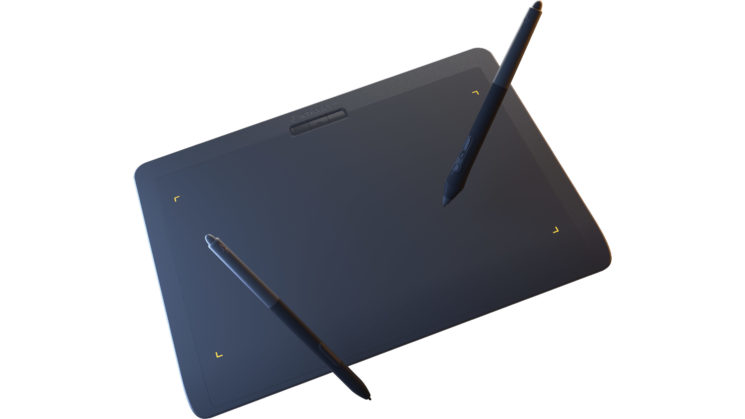 It sports a curved seamless front edge to help increase comfort when working, and also comes with two different pens for different needs and uses. The thinner of the two pens features two buttons while the slightly thicker one has three buttons and is designed more for artists doing 3D work. Both pens feature an “eraser”, 8192 levels of pressure sensitivity with tilt recognition and virtually no lag.

And while the tablet itself looks very pretty, what’s really interesting to me is what they’ve done with those keys. They’ve put them onto a separate, optional, Quick Keys accessory, that offers five sets of 8 keys that allows you to customise up to 40 shortcuts per application. It also has an intriguingly large dial at the top, too. 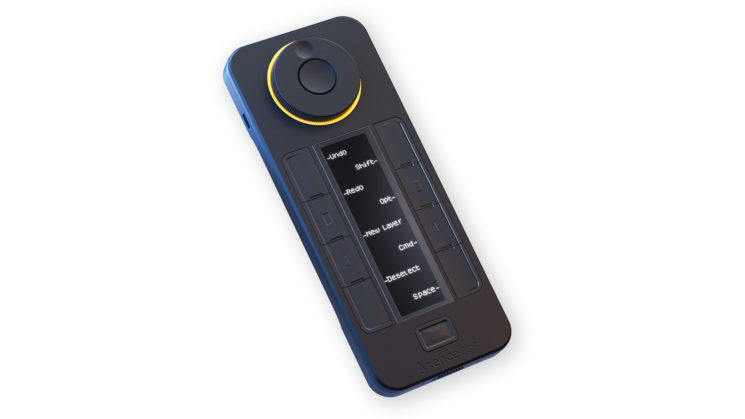 I’m not entirely sure what that large button does. It might just let you rotate through each of your five sets of keys, or it may offer some kind if spin dial functionality that lets you slide things up and down or left and right, similar to that found on the large dial of the Loupedeck CT. If it does, that makes this a potentially very interesting product all on its own, especially if it can talk with your computer directly without requiring the tablet.

I believe we may have a unit coming to us for review, so we’ll experiment and report back what we find out about that particular type of functionality.

The Xencelabs Pen Tablet is available to buy now for $279.90, or in a bundle including the tablet and Quick Keys for $359.90. Additional pens can be purchased for $46.90 and $49.90 for the 2 and 3 button pens respectively (spare standard, felt and combo pack nibs are also available). The Quick Keys unit is available on its own for $89.90.